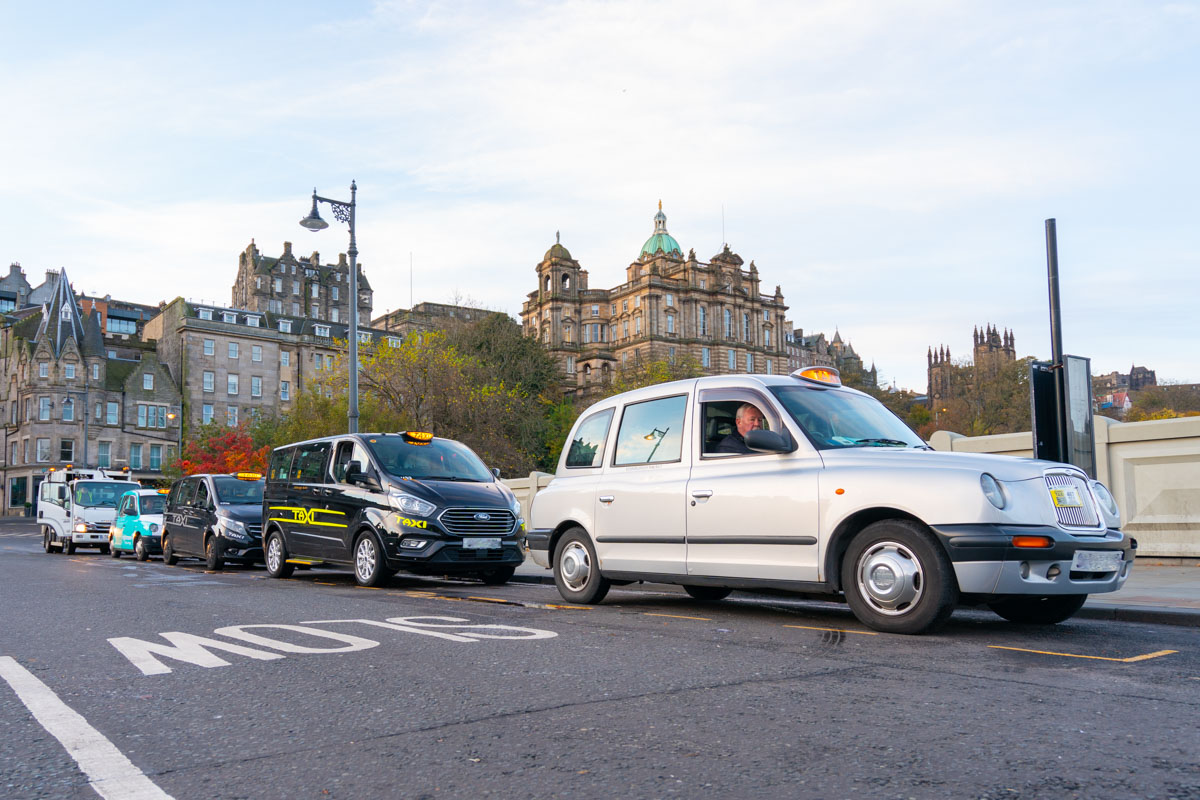 The Scottish Government has announced a new fund which is intended to support taxi and private hire drivers affected by the pandemic.

Local authorities will contact an estimated 38,000 private hire and taxi drivers all over Scotland inviting them to claim a £1,500 grant to assist with fixed costs.

The monies are intended to boost any available support for loss of income through the Scottish and UK Governments.

A new total of £57 million has been allocated by The Scottish Government – which they say is three times more than the allocation announced in December.

Councils will start contacting eligible drivers this week to brief them on their potential entitlement and ask them to provide supporting information and bank account details. Taxi drivers do not need to apply, or contact the local authority.

Finance Secretary Kate Forbes said: “We know how difficult this pandemic has been for taxi drivers and their families. They’ve truly gone the extra mile, continuing to provide a vital service for key workers and vulnerable individuals throughout the lockdown and beyond.

“Following the introduction of tighter regulations at Christmas I have trebled the budget originally announced for this fund to £57 million, enough to provide grants of £1,500 to all of Scotland’s 38,000 taxi and private hire drivers.

“It will help to support the taxi trade by augmenting existing support and assisting drivers in meeting fixed costs including licence plate fees, rental fees and insurance payments for taxis not on the road.”

The move has not had much of a welcome

Unite Scotland claimed on Monday that the latest support for the taxi trade in Scotland ‘discriminates’ against the poorest drivers due to their ineligibility for a £1,500 grant on the basis they have previously applied for benefits.

The criteria established as part of a new £57 million funding prohibits taxi drivers from applying for the grant if they have been in receipt of state benefits payments including Universal Credit, Statutory Sick Pay, Employment and Support Allowance, Job Seekers’ Allowance, Income Support or have applied for, but not yet started receiving, Universal Credit at the time of applying. Unite has been inundated by reports from taxi drivers stating that because earnings have collapsed then they had no choice but to apply for benefits including Universal Credit.

In Scotland, it is estimated that there are over 37,000 taxi driver and private hire licenses in Scotland with many of the drivers having minimal or no access to government support schemes. An online survey of over 200 taxi drivers released in December 2020 by Unite Scotland highlighted that many drivers are regularly working 16-17-hour days with a shift being determined as having been ‘good’ if £50 is cleared. The survey also showed that 30% of drivers have been unable to access any financial help from government support schemes.  For those that have been able to access financial help from government the biggest group (37%) reported that it represents less than 25% of their average earnings.

Unite Scottish Secretary, Pat Rafferty, said: “The trade has been afforded minimal support by the Scottish Government to date and what has been offered has been too little and too late. The new monies announced actually does nothing for those taxi drivers who have been hit the hardest and had to claim benefits such as Universal Credit because they will be ineligible. The poorest are being discriminated against which is disgraceful. The support for taxi drivers is also not as generous as in Northern Ireland or in Wales where the respective administrations have acted in a speedier fashion to address the major challenges facing the trade.”

To be eligible for this financial assistance taxi or private hire drivers must be licensed for the period 9 October 2020 to at least 31 January 2021. Applicants can choose whether the payment is made to a business or personal bank account.

Scottish Conservative shadow economy secretary Maurice Golden said: “Like so many other SNP business support measures, this money is long overdue. But it comes with strings attached, making it inaccessible to many who are in desperate need.

“The SNP government urged taxi drivers to claim Universal Credit yet are now penalising them by using these claims as an excuse to block payment of the new lifeline grants.

“These drivers are on their knees through no fault of their own and they will be rightly furious at this decision.

“We know the SNP is clueless about business and the economy, but their repeated failures are putting countless jobs at risks.

Scottish Labour economy spokesperson Alex Rowley has written to the Economy Secretary, Fiona Hyslop, calling for the support package for taxi drivers to be fixed so that many struggling taxi drivers do not miss out on support.

Today, Unite union raised concerns that the new support package would ‘discriminate’ against thousands of taxi drivers as those who had previously applied for benefits would be ineligible for the £1,500 grant.

Taxi drivers across Scotland are in a dire financial situation. Alex Rowley has said that the poorest taxi drivers must not be penalised as a result of the failure of the SNP to develop a proper system of support.

Scottish Labour economy spokesperson Alex Rowley said: “We simply cannot have thousands of taxi drivers, in particular those most at risk, being unable to receive this support.

“The support package is welcome, but without taking action to alter it the SNP risks discriminating against thousands of the poorest drivers.

“It’s time for Fiona Hyslop to go back to the drawing board and come up with a proper support package for Scotland’s struggling taxi drivers.”