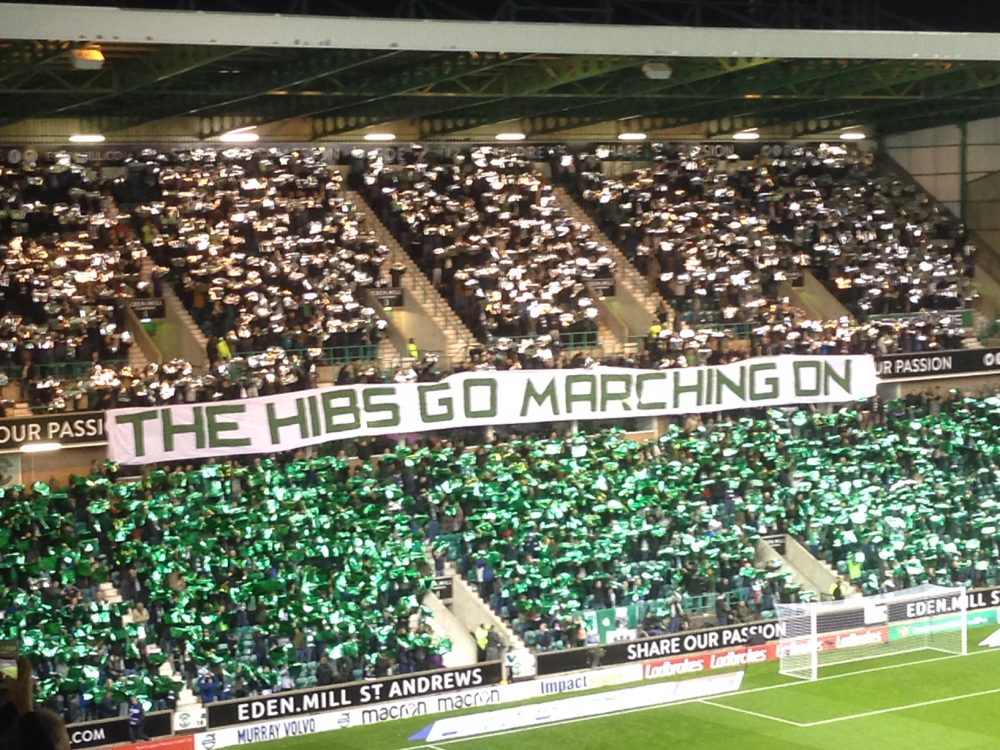 Hibernian Supporters Limited Chairman Jim Adie has announced a new initiative in a bid to raise £100,000 to donate to the club for the January football budget.

Hibs fans would have travelled in their numbers to Hampden for the Betfred League Cup semi-final against St Johnstone on 23rd January however due to Covid restrictions the game will take place without fans.

HSL are now asking those fans who would have gone to the game to donate the amount they would have spent at Hampden to the cause.

It could be the £25 cost of a ticket but those in a position to donate more are asked to do so.

Mr Adie said: “I’m sure we are all feeling the same about this year and are glad to see the end of it.

“We have tried to keep low key over the last few months as we are painfully aware of the difficult times that many are experiencing right now. When people are losing their lives and livelihoods, football seems unimportant.

“Having said this your Board did not want the year to pass without giving you an update. We also wanted to make you aware of an initiative we have in mind for January.

“Today we passed over £21,814.10 to the Club, which represented the donations that we received from you in the month of December. This brings our total donations since the takeover to £287,615.57. Your Board would like to express our sincere thanks for this wonderful generosity, particularly at this difficult period. This has been a tremendous effort.

“I’m sure everyone is pleased with the progress that is being made and while we have had a few difficult results we are all desperately keen to see us stake a claim for Europe.

“With this in mind we would like to help Jack Ross even further. We are going to try our best to make a donation of £100,000 to the Club for the January football budget. To do this we would like to invite every Hibs supporter to consider making a donation to us to the value of what you would have spent at Hampden for the League Cup Semi Final against St. Johnstone.

“It may just be the ticket price of £25 but if you are in a position to donate more please do so. Please also remember we are making this appeal to only those folks who can comfortably afford to make such a donation. It would be great if we could get as many as 4000 supporters who are able to support this initiative.

“To make the donation is easy. For existing Members simply sign into your Members’ page and select the single donation amount that you would like to make.

“If you are not a Member and have never donated before it is equally easy. Go to our web site at www.hiberniansupporters.co.uk and press the donate button. If you follow the instructions from there to the single donation section, you can select the preferred amount. Please note the system will allow you to make a “donation only” which means that you are not contributing to a Membership of Hibernian Supporters.

“As an extra incentive we plan to have a prize draw. Everyone who makes a donation of £25 or more will have their name entered into a draw and one name will be selected at random. The winner will receive a signed and framed shirt ( HSL or normal strip ) by their favourite player.

“Finally, on behalf of everyone at Hibernian Supporters can I wish you a happy and healthy New Year.”