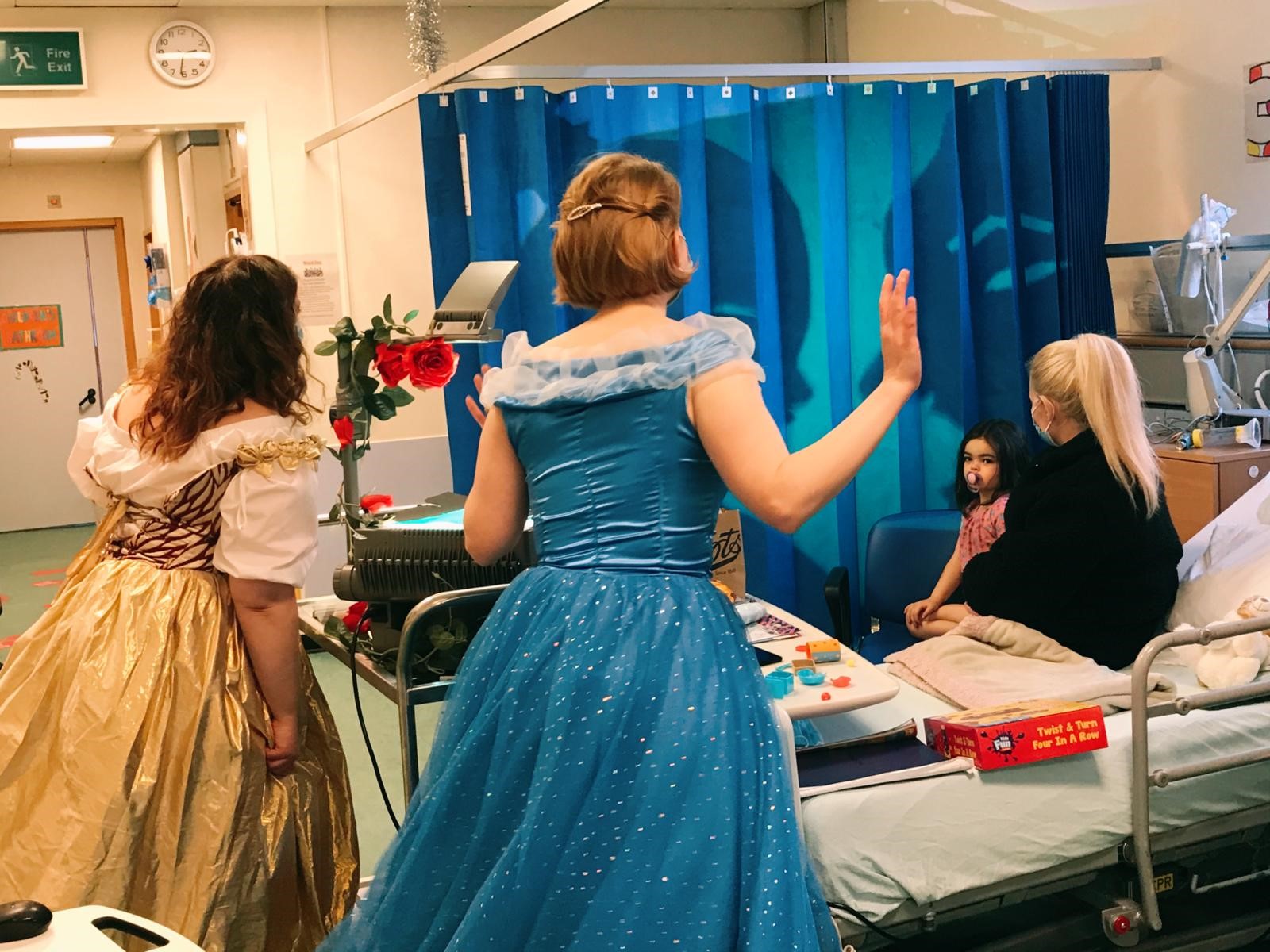 Capital Theatres has brought a dash of festive sparkle to the wards of Edinburgh’s Royal Hospital for Sick Children (RHSC) every Christmas for the last five years, with Panto Presents.

This project is carefully designed to provide resources, activities and a specially created relaxed performance for children and families who many not be able to visit the theatre during panto season.

Although theatres are closed and the popular King’s Panto was cancelled in 2020, nothing stops the Panto Presents team from continuing to bring that magic to children and families in the hospital over the festive period.

This Christmas things had to be done differently to ensure that it is as safe as possible, and the teams at Capital Theatres and Edinburgh’s Children’s Hospital Charity have worked hard to prepare enough panto packs so that each child can have their own as well as creating a way to capture and bring the panto to each bedside.

The ‘Play Packs’ were delivered today and are jam-packed of panto related craft materials, colouring books, stickers, quizzes and materials to explore the fairytale story which will be left for the children and families to work through.

The box itself, has been created from scratch and designed to transform into the King’s theatre with some easy-to-follow instructions.

Alongside a few Covid safe bedside performances on the wards the team at Capital Theatres has also captured this year’s original relaxed performance as a short film, Panto Presents ….Where Has Panto Gone? starring Imogen Reiter and Hannah Bradley as Cinderella and Belle, which will be watched by families in the hospital over the Christmas period.

Fiona O’Sullivan, Deputy Director of Children’s Wellbeing at ECHC, said: “After such a difficult year, it’s more important than ever that we ensure no child or young person in hospital misses out on the magic of the festive season, so it’s fantastic that Panto Presents will be running at the Sick Kids once again.

“Panto Presents is always a highlight of our Christmas activity calendar so we would like to say a huge thank you to Capital Theatres for bringing so much joy to children on the wards every year.

“With the help of projects such as this one, we are able to continue to transform the experiences of children and young people in hospital, so we are hugely grateful to Capital Theatres for their incredible and ongoing support.”

Cat Sheridan, Learning and Participation Coordinator at Capital Theatres, said: “It’s our 6th year of bringing panto presents into the hospital and in light of everything this year, I think it’s more important than ever for us to share some Christmas cheer.

“Our offer of individual panto packs has been a fantastic challenge as has our process this year when it came to producing the production for film as well as adapting it for one to one on the wards. Creating, designing and delivering this project in a totally different way has opened up so many new opportunities. Not least of all, being able to share this piece of work with a wider audience. We hope that everyone who receives a pack enjoyed making their very own King’s Theatre to tell stories from and that our production this year brings a smile to everyone who’s wondering… where has panto gone?”

Motivated by their awareness that others are more cut off from friends and family this year the team at Capital Theatres is creating an additional 260 boxes to share with care homes across the city who are part of its network through its regular Dementia friendly work, as well as SEN schools who would usually attend relaxed performances of the pantomime at the King’s Theatre.