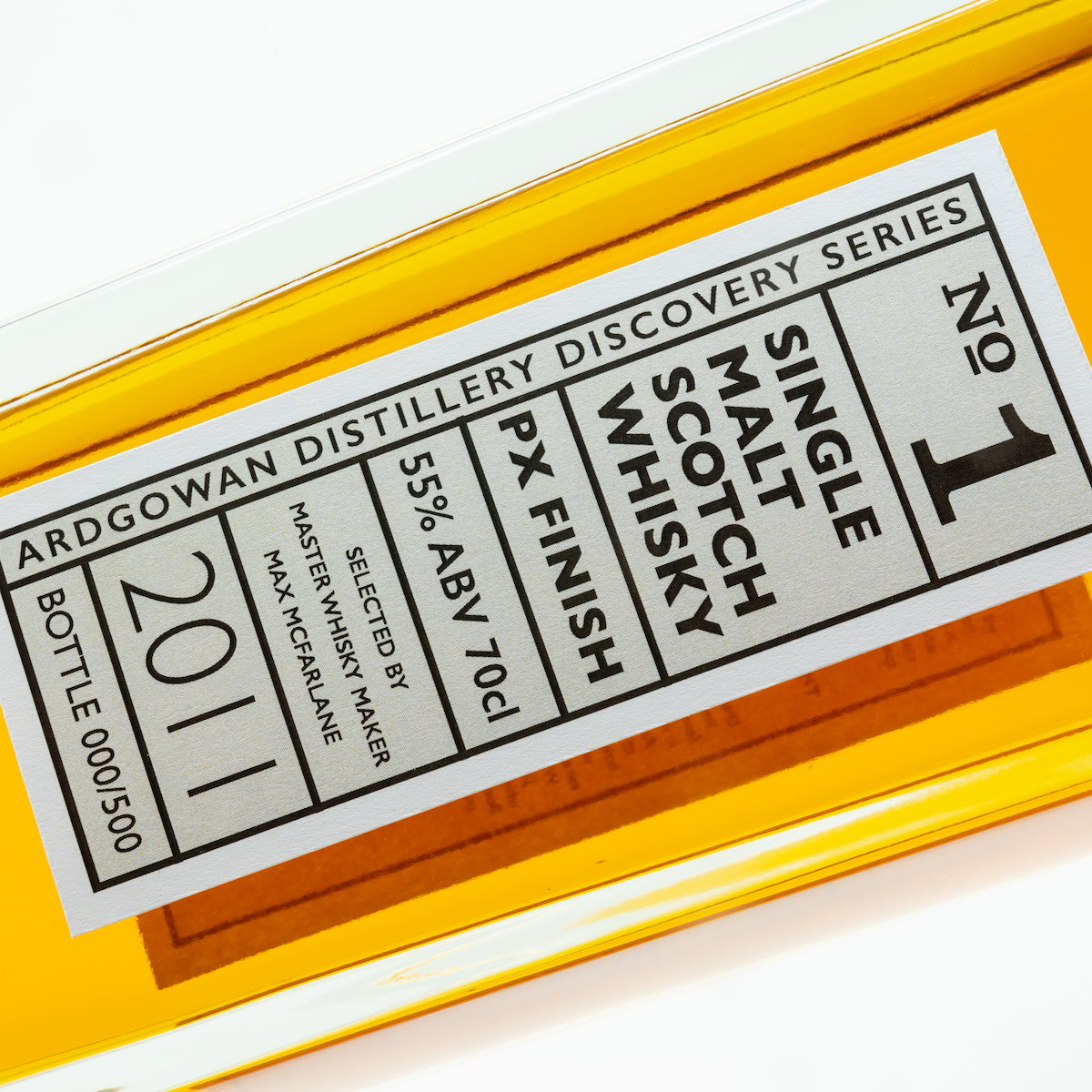 A limited edition lowland single malt released only at the beginning of this month by the Ardgowan Distillery Company Limited has been snapped up by the distiller’s organic following.

All 500 bottles which were bottled by the company sold out in under a week, and were then despatched from the company’s Edinburgh depot.

Discovery 1 – a sherry finish single malt, distilled in 2011 – was selected by Ardgowan’s whisky maker Max McFarlane, who formerly created whisky at Highland Park, as too good to miss.

Max whose Inverkip home is around a mile from the future distillery, said: “I came across it by chance. It’s a lowland malt, which had been sitting in Pedro Ximénez sherry casks for over two years and it tasted just superb – rich and warm with a long fruity finish.

“However, there were only two casks – just enough for a small run.

“We decided to bottle it as the first in our new limited edition Discovery series, and our growing fan base quickly snapped it up. The feedback so far has been superb.”

The success of Discovery 1 comes weeks after Coppersmith – the first in the company’s new Clydebuilt series – secured a silver medal in the Scottish Whisky Awards in the blended malt under twelve years category.

They also secured a gold medal in 2019 for their limited edition Expedition 20-year-old.

Ardgowan Distillery CEO, Martin McAdam, said: “Anyone who has enjoyed the richness of our Coppersmith blended malt will know how vital sherry oak casks are to Max’s whisky making process and Discovery 1 is no exception.

“We now have real confidence we are producing whiskies that our customers love and our business can only grow from here. We are building confidence with our customers and our investors. Next spring we will reveal the next in our Clydebuilt series and I hope to be making an announcement on our distillery plans in the near future.”