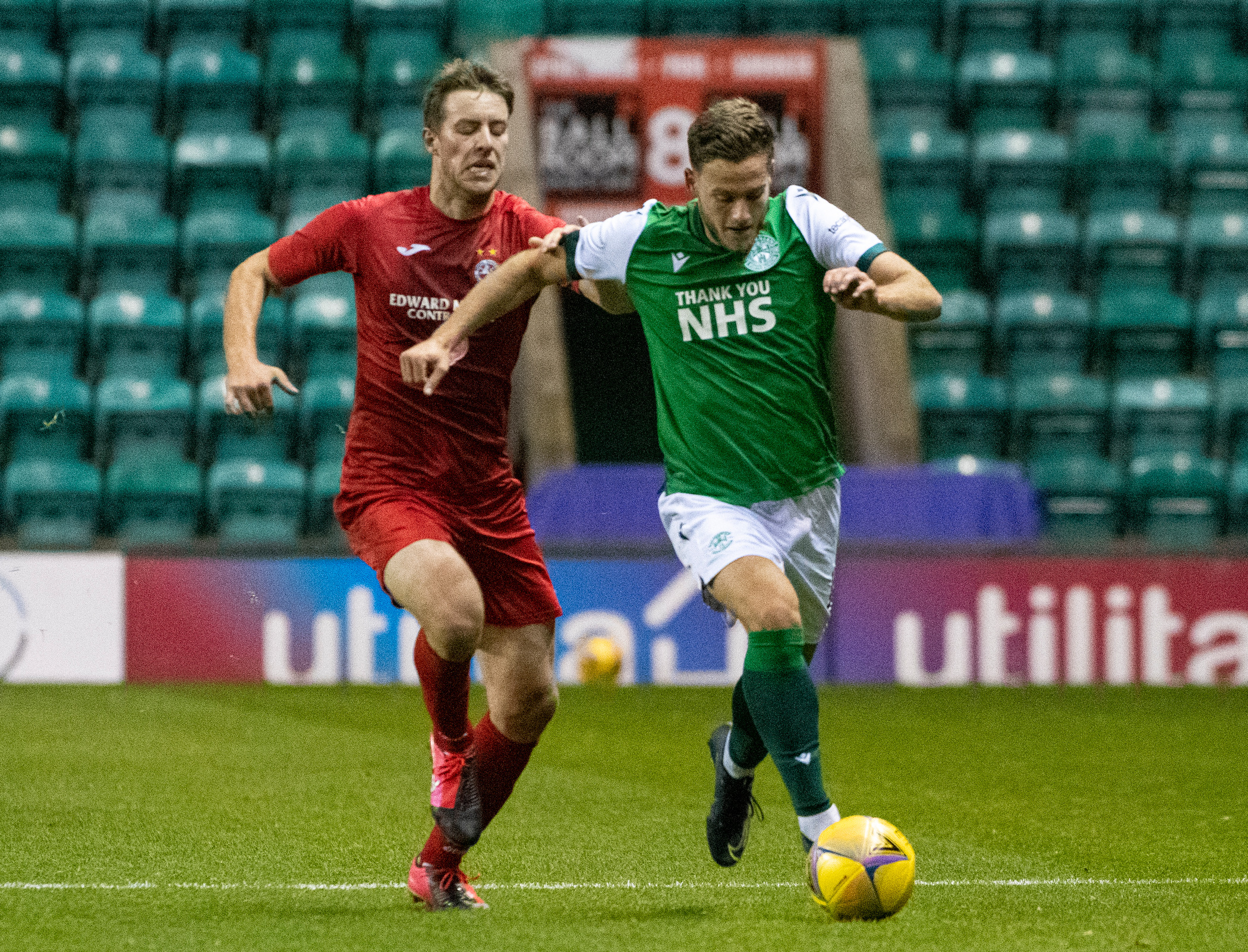 Hibs’ youngster Jamie Gullan believes that he has improved as a player despite spending much of the season so far on the bench.

The team have started the season well with first-choice strikers Kevin Nisbet and Christian Doidge on top form but Gullan insists he is ready to contribute when required.

Hibs face a hectic 10-game schedule this month, starting today at Fir Park, and the ‘Hammer’ says that he is in a good place mentally to help the team if called upon.

A goal against Rangers in a 4-4 draw in a midweek bounce game has only added to his confidence.

Speaking at the pre-match press conference ahead of the Motherwell game he said: “I’m getting chances here and there and just want to make the most of them so for me it’s  a year when I am learning a lot. I’m improving as a player 100% and just want to impress when I get the chance.

“There is a lot of competition for places in the forward areas and that can only benefit the team and even though I’m behind Nizzy (Kevin Nisbet) and Doidgie,(Christian Doidge)  I’m learning a lot from the two of them, so there are positives to take from every situation.

“When you are not playing from the start then it does get hard although the gaffer says he whole squad gets used, but sometimes you wonder ‘ do they still rate me’ and these thoughts go through your head but it’s about staying positive and knowing that the chance will come and it will. I’m in a good place mentally to take that chance when it comes.

“I’ve had a few loan spells and come back a better player each time. At Queen’s Park it was tough. They got relegated then to go to Raith it was different as we were going for the league and needed to win every week so you learn something new every loan spell and that’s been beneficial for me.

“It’s a great dressing room and when we have had bad defeats there are a lot of boys who can lift the spirits. We know we have had a really good start to the season and we can build on that.

“We’ve got targets and are hoping to met them. For me personally it’s about trying to get as many games as I can and to contribute whenever I am needed, to score goals, work hard and help the team.”