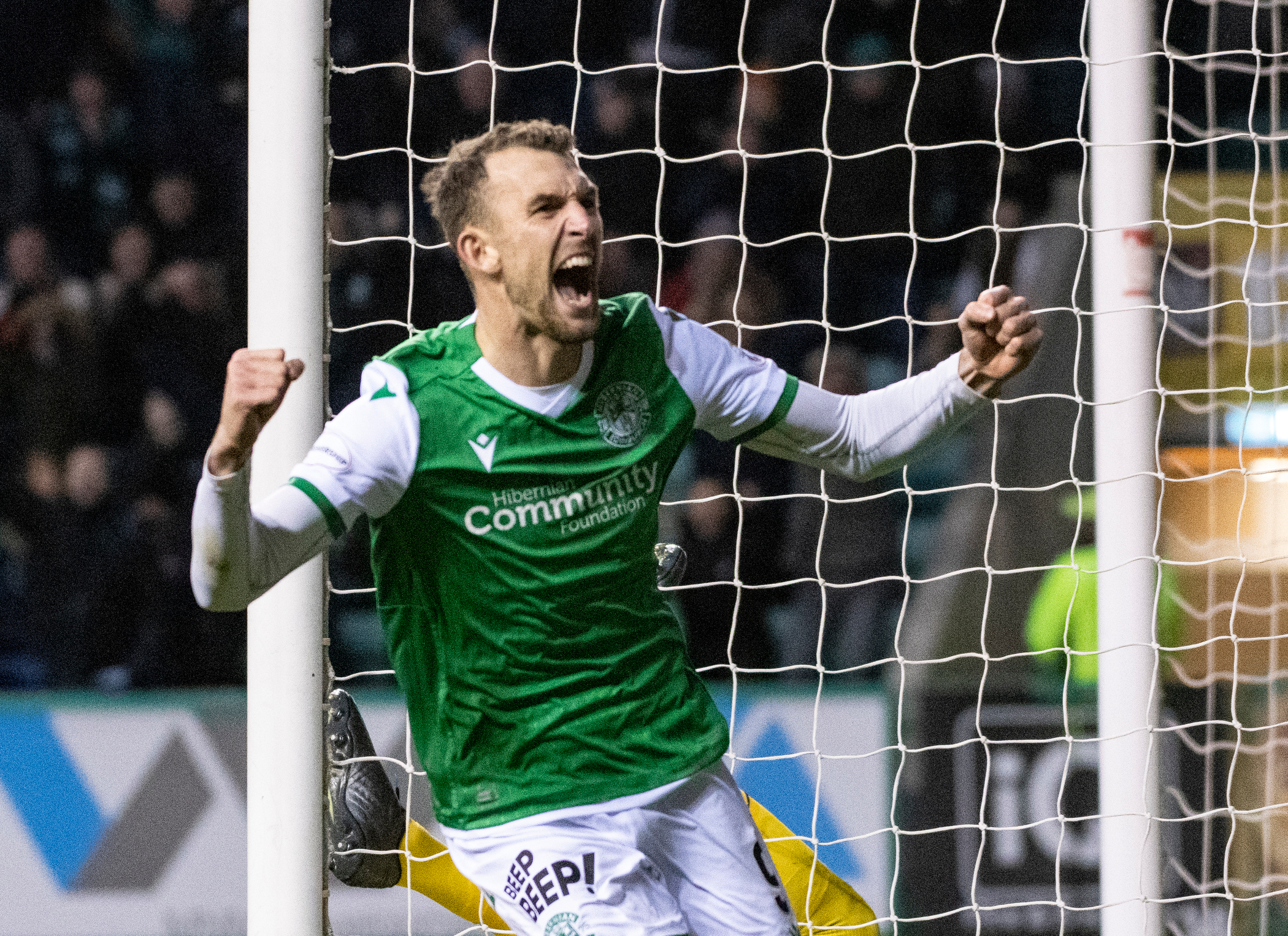 Hibs leap-fogged Aberdeen and moved into third place with an well-deserved 3-0 victory over Motherwell at Fir Park this afternoon.

Head Coach Jack Ross made four changes to the starting XI that beat Dundee last weekend to qualify for the Betfred Cup quarter-finals.

Melker Hallberg and Drey Wright replaced from Stevie Mallan and Christian Doidge who both dropped to the bench.

Moments later the Englishman volleyed wide from 20-yards then Hallberg also fired the ball over the bar from just outside the area.

Kevin Nisbet then fed Boyle on the right but his shot deflected for a corner.

Motherwell had a great chance in the 13th minute when Lang sent in a great cross from the right which former Hearts’ striker Tony Watt knocked wide of the post from close range.

Nisbet headed a Hallberg corner past the post then Watt shot over from the edge of the penalty box.

Wright did well down the right wing but his low cross just evaded Nisbet.

The hosts then sustained a prolonged spell of pressure with a number of corners and long throws from the right which were well dealt with by the Hibs’ defenders.

Alan Campbell went close in the 35th minute with a powerful swerving strike from 25 yards which Ofir Marciano had to punch clear.

Moments later Stephen O’Donnell sent on a dangerous low cross which Marciano did well to hold with Watt waiting to pounce.

Motherwell had the ball in the net shortly before the break but the linesman’s flag was raised well in advance of the ball hitting the net.

Hibs started the second-half and Declan Gallagher was fortunate to escape punishment for chopping down Boyle.

In the 54th minute Newell was brought down by Campbell on the edge of the area. Nisbet took the resultant free-kick which struck Campbell who was only a few yards away after charging the kick but referee Andrew Dallas allowed play to continue.

Newell was lucky not be  booked for an attempted trip on O’Donnell who broke clear then moments later Hibs almost took the lead when Paul McGinn’s low cross found Boyle on the six-yard line but Jordan Archer produced a sensational save to deny the winger.

Hibs did take the lead however in the next passage of play. Nisbet found Hallberg on the left wing and he cut inside before crossing the ball to the back post where Boyle was waiting to fire the ball into the net from an acute angle.

Moments later Murphy sent a superb through ball into the path of Wright and Bevis Mugabe clearly pushed the winger who had beaten him for pace but the referee incredibly waved play on.

Motherwell almost equalised when Mugabe headed a Polworth corner onto the post as the hosts looked to et back into the game.

Gallagher was even more fortunate not to be shown a yellow card for a reckless challenge on Paul McGinn.

In the 68th minute Doidge replaced Wright then moments later Ross made an enforced double substitution as both Murphy and Hallberg limped off having been subjected to some robust challenges from the home side.

They were replaced by Jamie Gullan and Stephen McGinn. Gullan was in action right away with a superb cross from the left which just evaded Doidge.

Marciano required treatment after Watt struck him on the face with a flailing arm.

Gullan produced some superb skill in midfield before finding Stevenson on the left wing. The veteran full-back’s cross found Boyle and his powerful strike was deflected inches wide of the post with Archer stranded.

Hibs wrapped things up with two minutes of regulation time remaining. Boyle found Newell on the corner of the box and the Englishman slid the ball into the path of Doidge who calmly side-footed it into the corner of the net from 18-yards.

In time added on Hibs made it 3-0 when Newell’s through ball found Gullan and he cut it back into the path of Stephen McGinn who stroked the ball into the net from 12-yards to secure a valuable three-points.