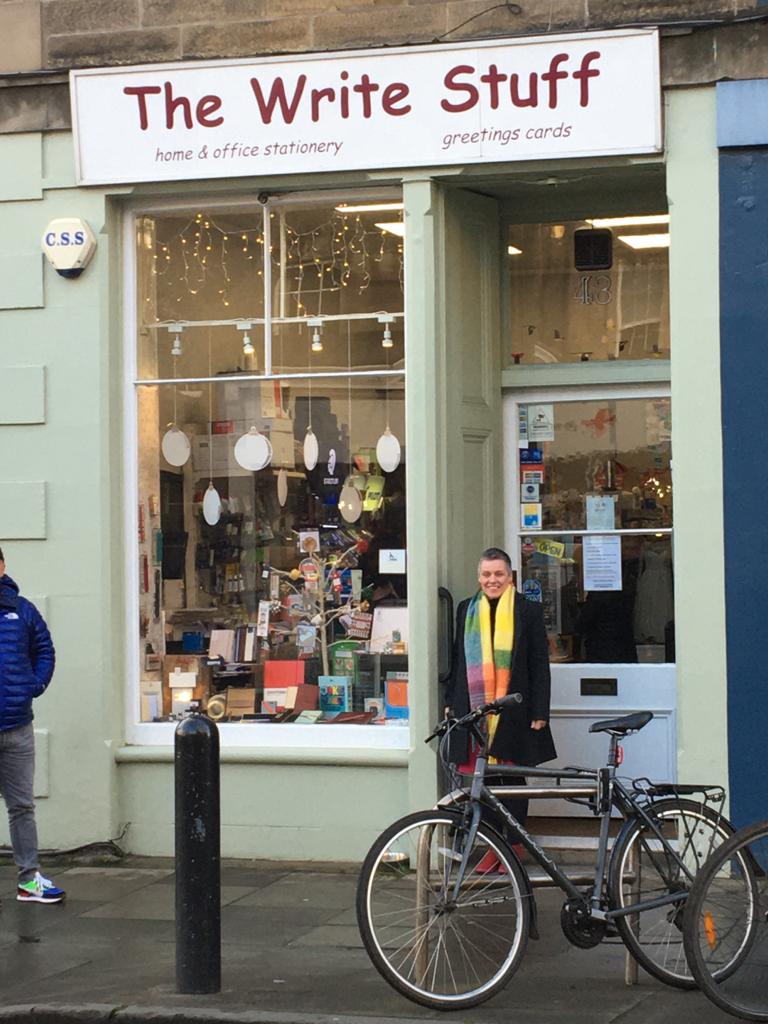 The Write Stuff in Stockbridge has been put on the market.

Located at 43 Raeburn Place, the shop first opened its doors in the early 90s. For the past seven years it has been independently owned by Mae Douglas.

Ms Douglas said: “I had hoped to continue running the shop until I retired. Although 2020 has been a difficult year in retail for many, my business is strong and has survived what I hope is the worst of the pandemic.

“Having lost my mother to motor neurone disease 14 years ago, I now find that my father, who has a diagnosis of dementia with Lewy bodies, needs more support from me. It is impossible to give him the level of support he needs whilst running a business, and I want to be able to bring more positivity into his life without worrying about that having a detrimental effect on my business and my customers.”

Douglas initially worked as a speech and language therapist. But after 23 years of being managed by others, she wanted a change. An internet search for “businesses for sale in Stockbridge” led her to the shop that became her own.

“I liked the idea of stationery, as unlike food or flowers, it does not go off, and unlike clothes, it is not seasonal and dependent on fashion.  My main thought was ‘who doesn’t love a bit of stationery?’”

Turnover has more than doubled during Douglas’s time, and the business is now open seven days a week. The printing service is the most popular department, but pens and notebooks (especially Lamy and Leuchtturm 1917) do well. There has also been a surge of interest in environmentally friendly stationery, such as eco printing paper, paper tape and pen refills.

Speaking of the sale, Douglas commented: “I am keeping my fingers crossed that the right person will come along soon to keep The Write Stuff thriving for a long time to come. I know I will have to be on hand for the new owner until they get to know the customers and their preferences.”