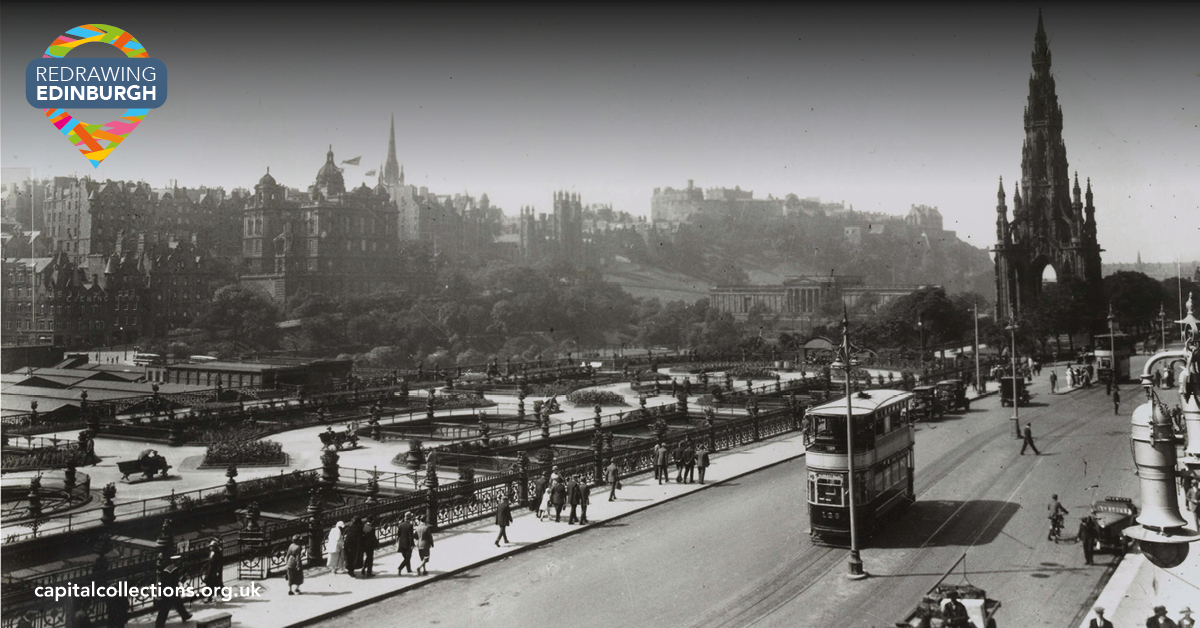 There is something new for you to seek out online today – the online exhibition called ReDrawing Edinburgh.

This is a commemoration of the last century of Edinburgh as we know it. The Edinburgh Boundaries and Tramways Act 1920 incorporated the Burgh of Leith and the Midlothian parishes of Corstorphine, Colinton, Cramond, and Liberton within the expanded city boundary.

This expansion of 17 square miles increased the population of Edinburgh by a third to 425,000. The exhibition will provide an idea of what life was like in the first quarter of the last century and the different characters of each area.

There are plans to hold a physical exhibition in the Central Library next year.

Lord Provost, Frank Ross said: “Our original plans were for the city to come together to mark this important anniversary with a series of events throughout the Capital, and while we continue to plan for 2021, for now as with many other areas of our lives, we can join in virtually through this new exhibition created by the ReDrawing Edinburgh team.

“I believe that the story of Edinburgh has many strands to it. It is both Auld Reekie and the Athens of the North; Scotland’s capital and a global festival city. Some strands are well known and rightly famous around the world, but others are known only to us locals and expatriates. The importance of community history is that it keeps these lesser-known strands alive and passes them from one generation to the next.

“The city is fortunate to have both Council services and a network of local history and community organisations that are dedicated to these community histories. It is thanks to them that ReDrawing Edinburgh, has been brought together to explain the importance and impact of the boundary extension and to celebrate the histories of each area.

“This exhibition on Capital Collections tells the story of the 1920 extension and the communities that joined the city. It is important we mark the anniversary of this important date in our city’s history. It remains the most significant single expansion and I would encourage everyone to check out the virtual programme and I look forward to announcing more information about our plan in the upcoming months.”

Original plans to mark the centenary included both a civic event in central Edinburgh hosted by the Lord Provost and local commemorations and events in the communities who joined in 1920, with a Central Library exhibition of photographs and objects relating to the boundary extension and the communities. Planning continues on arrangements to mark the event next year.

Several local history videos have also been created and shared on the Council’s social media channels for the City Archives, Libraries, and Museums and Galleries services under the ReDrawing Edinburgh banner. New videos are planned for each month until spring next year.

Residents can find out more about the project through a series of online talks on the Edinburgh City Archives Facebook Page and the Redrawing Edinburgh Youtube playlist.