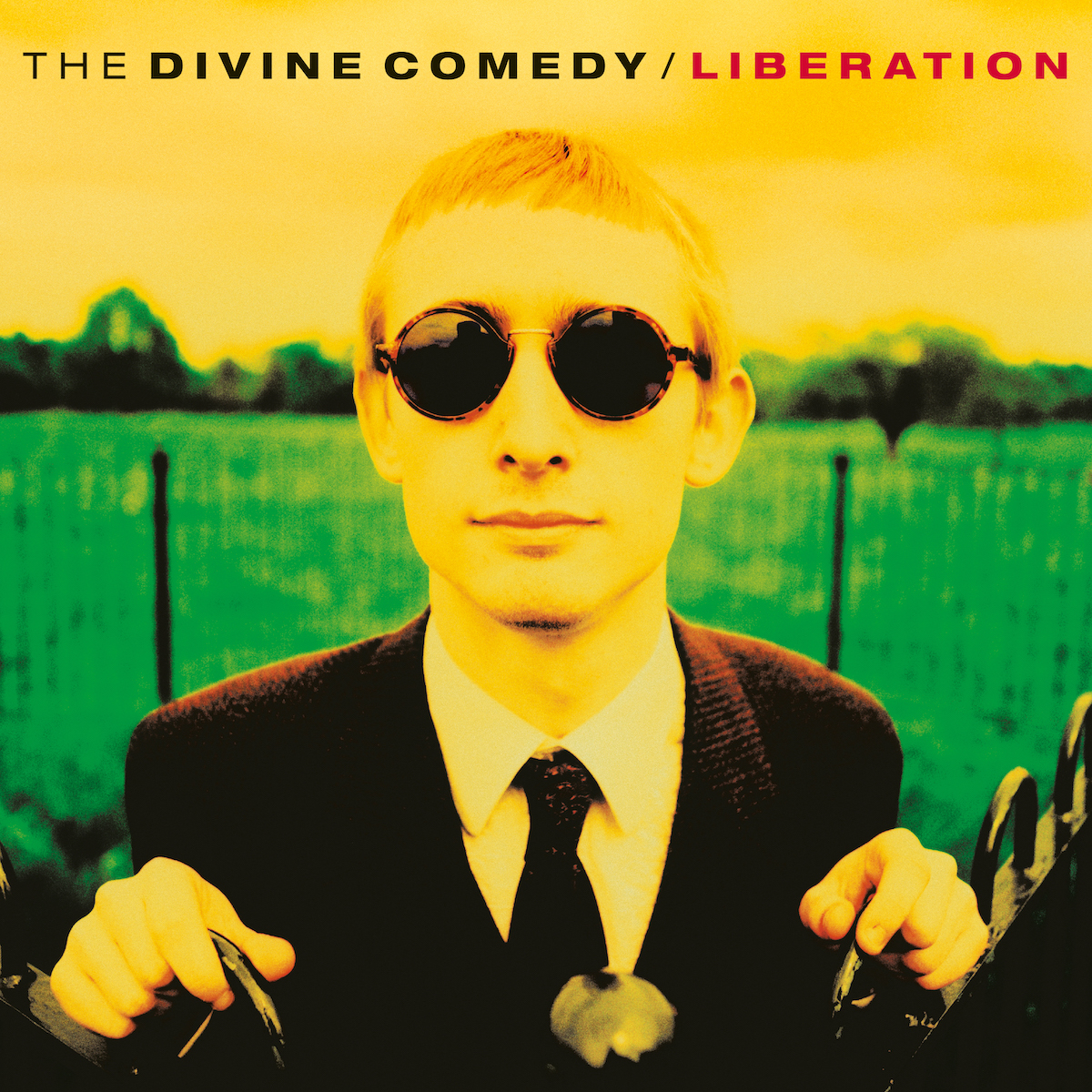 Neil Hannon’s pursuit of the well-crafted pop tune has now been a going concern for thirty years.

The Derry-born and Enniskillen-raised singer formed The Divine Comedy in 1989 as a vehicle for his soaring melodies, unorthodox arrangements and unbounded scope drenched in humour and pathos.

It’s an impressively packaged collection that features gatefold sleeves (the first five have been restored by original photographer Kevin Westenberg) and heavyweight black vinyl accompanied by new sleeve notes from Hannon. Liberation’s tell-the-tale of a free spirit floating along the streets of North London having arrived from Northern Ireland. This pale-loner was a good fit for indie music in the early 90s.

The likes of Your Daddy’s Car and The Pop Singer’s Fear Of The Pollen Count set the path for a confident 90s song-writer. Casanova, released during the height of the Britpop provided a mainstream breakthrough with hits Something For The Weekend and Becoming More Like Alfie.

So began a period of indie infamy for Hannon appearing on album and magazine covers with the essential star accessories of cigarettes and sunglasses. A Short Album About Love for many remains his masterpiece, highlights include the Scott Walker style rescue ballad Someone or the sweeping, subtle and sinister If.

It’s pop music at it’s best but you won’t hear anything like it on mainstream radio in 2020.

Each album contains a download card with extra tracks, a live version of The Walker Brothers Take It Easy On Yourself is easily the stand out among the extra tracks.