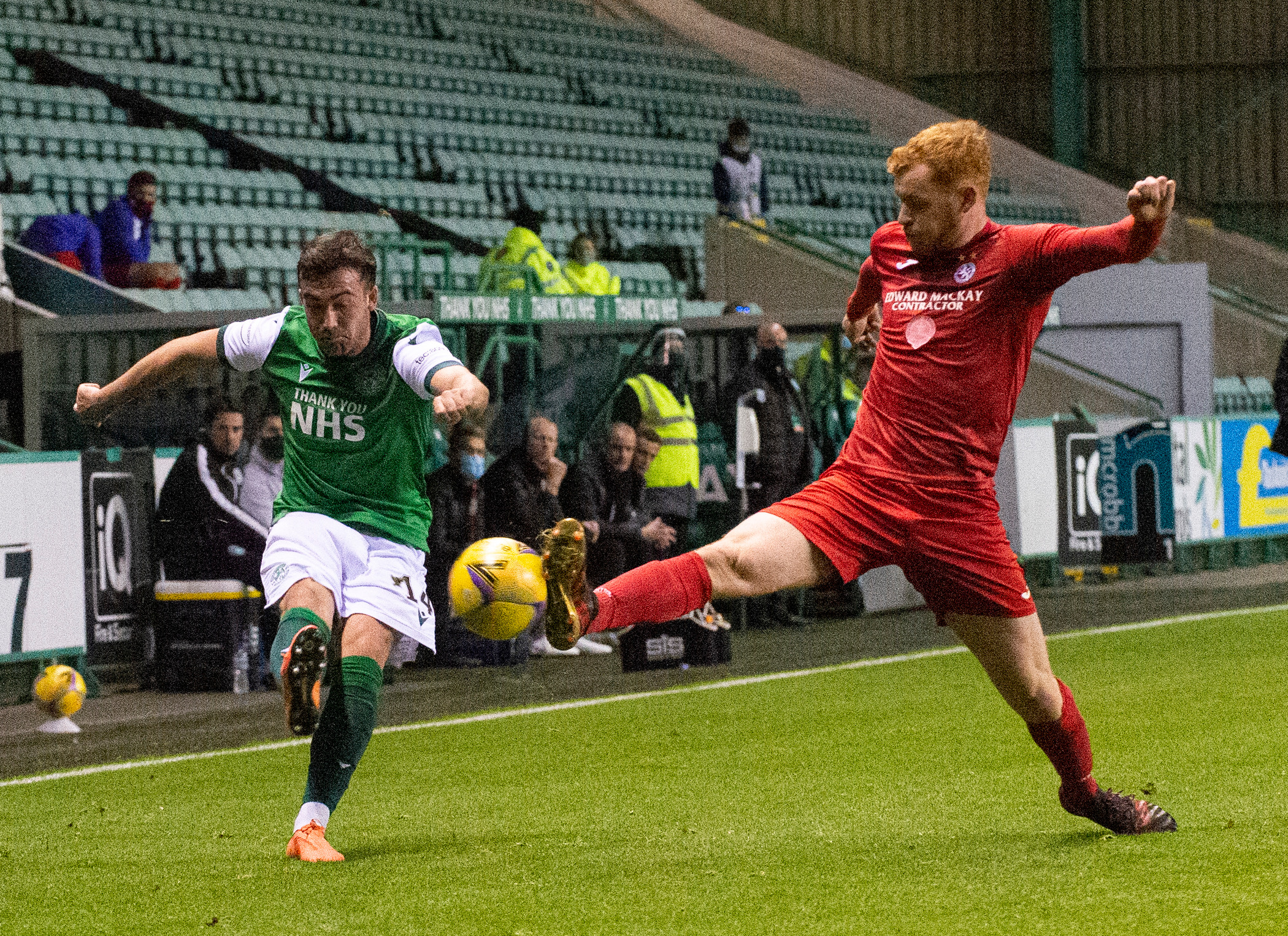 Five first team regulars are involved with their countries whilst Josh Doig still isolating as a precaution after his Scotland U-19 boss Billy Stark tested positive for Covid-19.

Lewis Stevenson and Drey Wright picked up injuries against Cove Rangers at the weekend whilst Scott Allan, Joe Newell and Jamie Murphy are also unavailable.

Hibs have won both of their opening games against Brora Ranger and Cove Rangers and now face Forfar Athletic at Station Park and Ross is expecting a tough game.

He said: “These games have been exactly what I thought. I thought they would be difficult for us. I know there is a debate over a lot of these teams playing their opening games. It was the first game for Brora, the first for Cove and for Forfar it will be their first game and the advantage that it provides the premiership clubs but what we’ve seen in the two games so far is that there is an enthusiasm and energy about how those teams have played.

“We’ve had to patch up our team. We’ve got 11-first team players unavailable for the Forfar game so we will travel with 13-outfield players.

“We have some 16-year-olds within the squad but they won’t be involved so we have 13-outfield players and two goalkeepers.

Because of the international call ups and some injuries we are down to the bare bones.

“The plan was to rotate the squad through these games anyway but we haven’t managed to do that as we have had to use everybody that’s available to us.

“The games have given an opportunity for Jamie Gullan and Ryan Shanley will be involved. Steven Bradley has been on the bench for the last couple of games will probably be involved in some way as well, so younger players have been given to opportunity because of circumstances but it’s up to them to go and take the opportunity.

“I was pleased with the players on Saturday and I am going with a group I still believe in and trust but we are really light in numbers.

“Part of that is because of the success this season resulting in players being involved in international squads but it just happened to coincide with a sticky spell for us injury wise.”