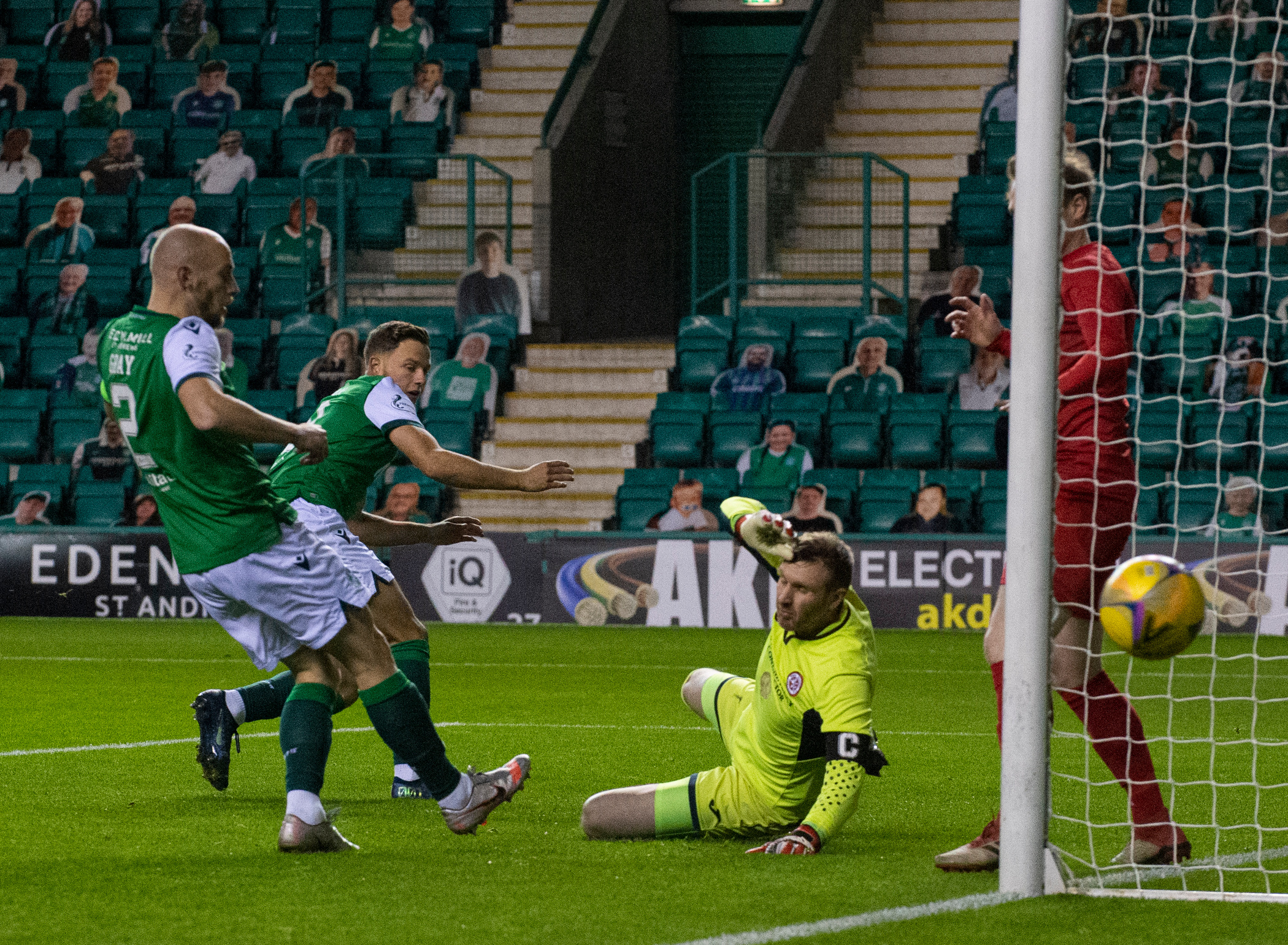 Head Coach Jack Ross made eight changes to the starting XI that beat Hamilton last weekend with only Paul Hanlon, Lewis Stevenson and Jamie Murphy keeping their place. Three of the changes were forced dur to international call ups for Ryan Porteous, Alex Gogic and Ofir Marciano whilst Josh Doig was also missing due to his selection for Scotland’s Under-19s.

There were debuts for Dillon Barnes and Stephen McGinn whilst new signing Kyle Magennis was listed amongst the substitutes.

Hibs started brightly and almost took the lead in the fourth minute when Darren McGregor nodded a Stevie Mallan corner into the path of Jamie Gullan but the youngster’s shot on the turn flew inches wide.

Three minutes later Hibs opened the scoring when Mallan dispossessed Colin Williamson in midfield, drove forward and curled a superb strike into the bottom corner of the net from just outside the penalty area.

Mallan added a second in the 11th minute after Melker Hallberg beat the offside trap before cutting the ball back into his path and he fired the ball into the net.

Moments later Gullan headed a David Gray cross inches over the bar as Hibs continued to press forward in search of more goals.

Hallberg was denied by a superb save from Joe Malin in the 23rd minute then seven minutes later Drey Wright’s angled shot from a Gray cut back grazed the upright.

Shortly after the restart, Murphy picked up a knock and was replaced by Martin Boyle.

Malin did well to save a McGregor header from Mallan’s corner then the visitors pulled one back against the run of play.

Paul Hanlon gave away a free-kick 22-yards out and Dale Gillespie fired a super strike past Barnes into the bottom corner of the net.

Ross immediately replaced McGinn and Wright with Kyle Magennis and Christian Doidge which added some impetus into Hibs play. Magennis in particular looked lively in midfield.

Hibs continued to play a possession game but Brora pressed froward at every opportunity.

Boyle did well down the right wing before cutting the ball into the path of Doidge but the striker’s shot was deflected for a corner.

In the 77th minute Kevin Nisbet replaced Hallberg then moments later a Mallan corner was headed back across goal by McGregor and found Gray unmarked but Malin managed to tip the ball over the bar.

With two minutes remaining Hibs wrapped things up when Hanlon headed home another Mallan corner and the fans watching on Hibs TV could finally relax.

In time added on Guan beat three defenders with a mazy run but Malin produced yet another diving save and Hibs secured the victory.