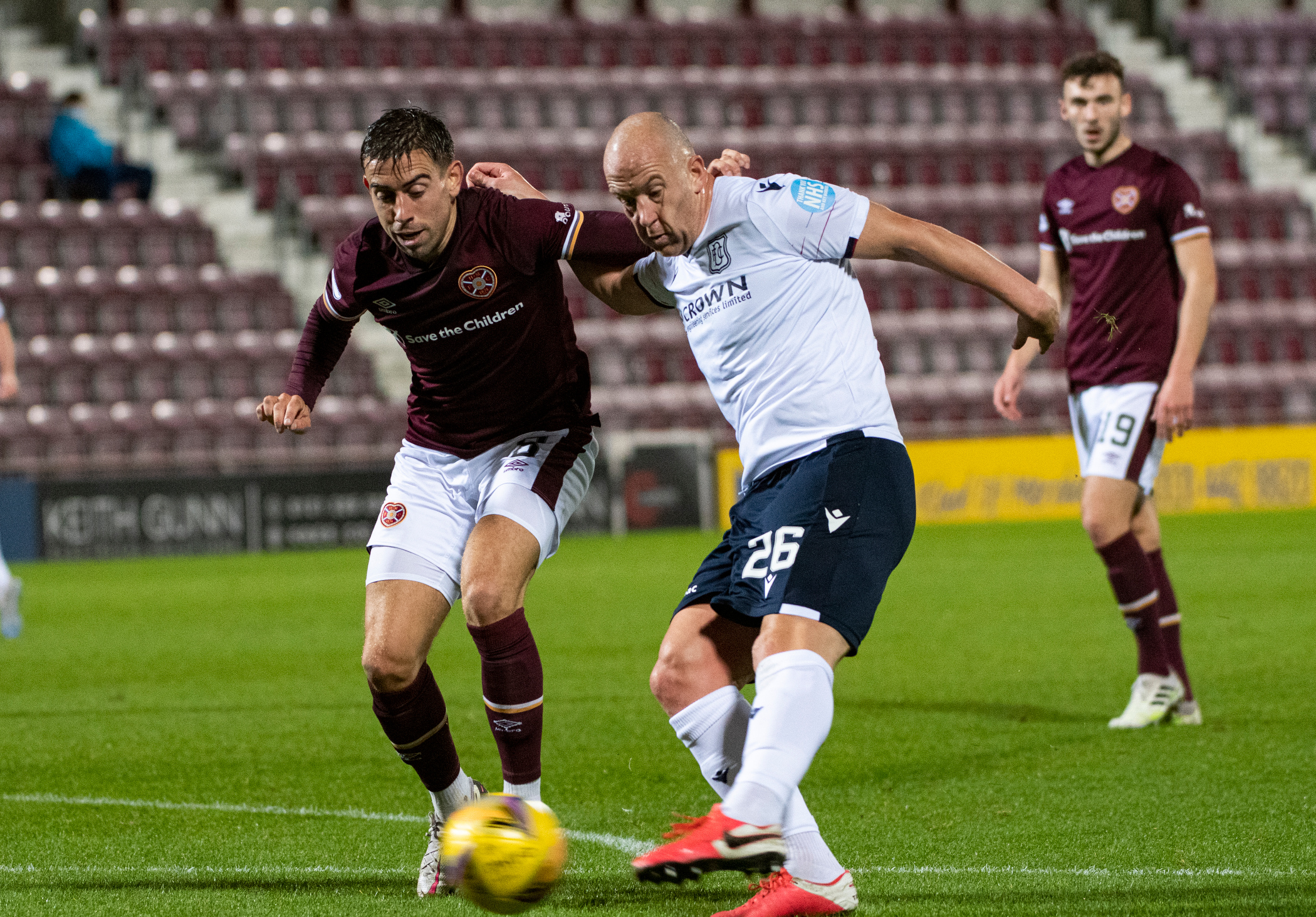 Hearts lay down marker as they hit Dundee for six

Hearts kicked off their league campaign in style with a mauling of Dundee at Tynecastle this evening. In a game billed as a grudge match following Dundee’s controversial casting vote that ended the 2019-2020 season early and ultimately led to Hearts’ demotion to the Championship, the home side ran out worthy winners in a match against, arguably, their closest rivals for the league title this season.

The Jambos took to the field in their first league game in over 218 days at an empty Tynecastle Park and were swift out the blocks. In normal times, this would have been a famous and raucous night under the lights in Gorgie for the Hearts faithful, but even without the renowned backing from the stands the home side were a goal to the good after only three minutes when Michael Smith found the back of the net, despite having only returned to Edinburgh 24 hours ago. The Northern Irishman, who had been away in Norway with the national side on Wednesday, skipped in from the right wing to slot home under Jack Hamilton to give Hearts the early break they craved.

There was a notable change in gear from Hearts in this game compared to their opening three League Cup fixtures with greater pace, energy and purpose evident across the pitch. With the return of Liam Boyce up front there was a clear outlet for the attack and with both Josh Ginnelly and Jordan Roberts on the flanks, there was plenty width and speed to the Jambos’ attack. By the 25th minute the home side had doubled their lead when league debutant Ginnelly fired in an impressive long range effort through some bodies. At this stage, Hearts were looking to really turn the screw, but only two minutes later Charlie Adam, making his return to Scotland after time in England’s Premier League and Championship, showed his undoubted class by collecting the ball mid-way in the Hearts’ half before sauntering past Iriving and Lee and firing strongly past Gordon.

The home side were firmly still on top however, and responded to the Dundee challenge by notching two more before the break. The first saw Boyce bang in a penalty following a clear handball from Jordan Marshall on 34 minutes, before league debutant Stephen Kingsley curled in the goal of the game on the half time whistle, with a superb free kick from 35 yards.

The quality of the goals did not stop in the second half, albeit Hearts’ intensity perhaps dropped and Dundee adapted their style to seek to nullify a Hearts approach that was threatening to run riot. Danny Mullen snatched a goal back for the Dens Park outfit with a quick reaction to a loose ball, but man-of-the-match Kingsley bagged his brace towards the end with an excellent drilled effort before Andy Halliday notched his first goal in maroon on the 90th minute to wrap up the three points for the Jam Tarts.

Jambo boss Robbie Neilson clearly had the intention of laying down a marker for this first league game of the season given the manner in which his team went about their business.

Notably, it was in Neilson’s first Hearts’ league campaign, during his previous spell in charge, when he went to Ibrox and beat Rangers on the opening day of the 2014-2015 championship in a symbolic victory. It was from there that his team topped the league from day one until the end of the season – hitting a record points tally in the process.

With a shortened season of 27 games due to the pandemic, beating that record could be tough, but there’s no doubt that Hearts look the team to beat. 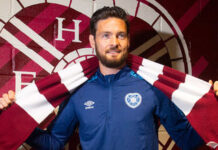 Craig Gordon was the “only choice” for Hearts captain