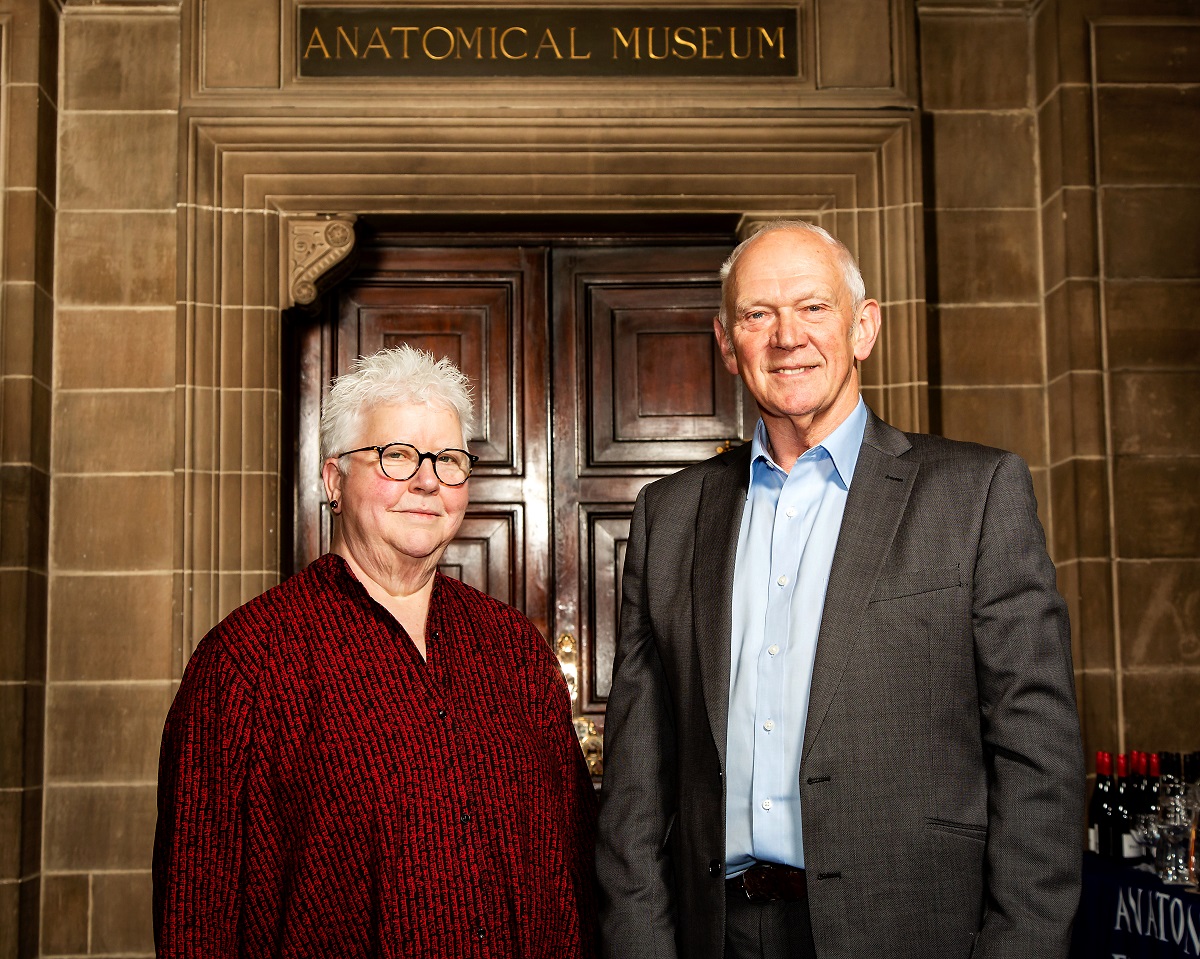 Her novels have been translated into 40 languages and sold 16 million copies worldwide, so Val McDermid knows a thing or two about crime writing.

The winner of the Crime Writers’ Association Gold Dagger for Best Crime Novel of the Year, the so-called Queen of Tartan Noir, gave a ringing endorsement to Tom Wood’s Ruxton: The First Modern Murder.

Later he dumped more than 40 body parts near Moffat in the Scottish Borders – leading to a murder inquiry which would break new boundaries in forensic science  and crime scene investigation – many of the methods are used to this day in serious crime investigations across the world.

In her foreword Val said: “When Bukhtyar Hakim arrived in Britain in 1925 with medical qualifications from the University of Bombay, it was his ambition to become a famous surgeon. Instead, he found a different kind of fame as one of the twentieth centuries most notorious murderers.

“The trial of Buck Ruxton, the name he adopted when the General Medical Council authorised his qualifications, is a landmark case in British legal history.

“It’s justifiably called the first modern murder because it marks a turning point in the role of science in the courtroom and the organisation of policing, as well as being a rare example of cross-border cooperation.

“Ruxton’s conviction in an English court was only secured because of the evidence of Scottish forensic scientists, expert witnesses from a completely separate legal jurisdiction.

“Ruxton, an apparently respectable GP with an extensive practice in Lancaster, brutally beat to death his wife and their maid in the family home in the early hours of a Sunday morning.

“Over the course of the next few days, he dismembered their bodies  and finally dumped them in a river near the Scottish Borders town of Moffat.

“Their badly decomposed remains were discovered by a family out walking.

“All identifying marks had been erased, which presented the police with a thorny problem. Who were the victims and where had they come from?

“Thanks to a quick-witted local bobby and a group of scientists determined to develop new techniques and find new applications of existing knowledge, Buck Ruxton finally paid for his crimes.

“Tom Wood, a retired Edinburgh detective with a distinguished record in catching the very worst of criminals, has had access to all the case papers, some of which have never previously been seen beyond the original team of detectives.

“They reveal the inside story of the murder, including lines of inquiry never before made public.

“Wood tells his compelling story with the clarity and urgency of a thriller. He brings to life the Indian doctor and his charismatic wife in a vivid picture of their convivial social life in Lancaster.

“And he takes us on a painstaking journey through the complex tapestry of a murder investigation that is still relevant to forensic inquiry today.

“Until now, the whole story of this fascinating case had never been told.

“Tom Wood’s book fills an important gap in the history of British criminal investigation. And it’s a damn good read.”

Ruxton: The First Modern Murder by Tom Wood is published by Ringwood Publishing and is available in all good bookshops and on Amazon.