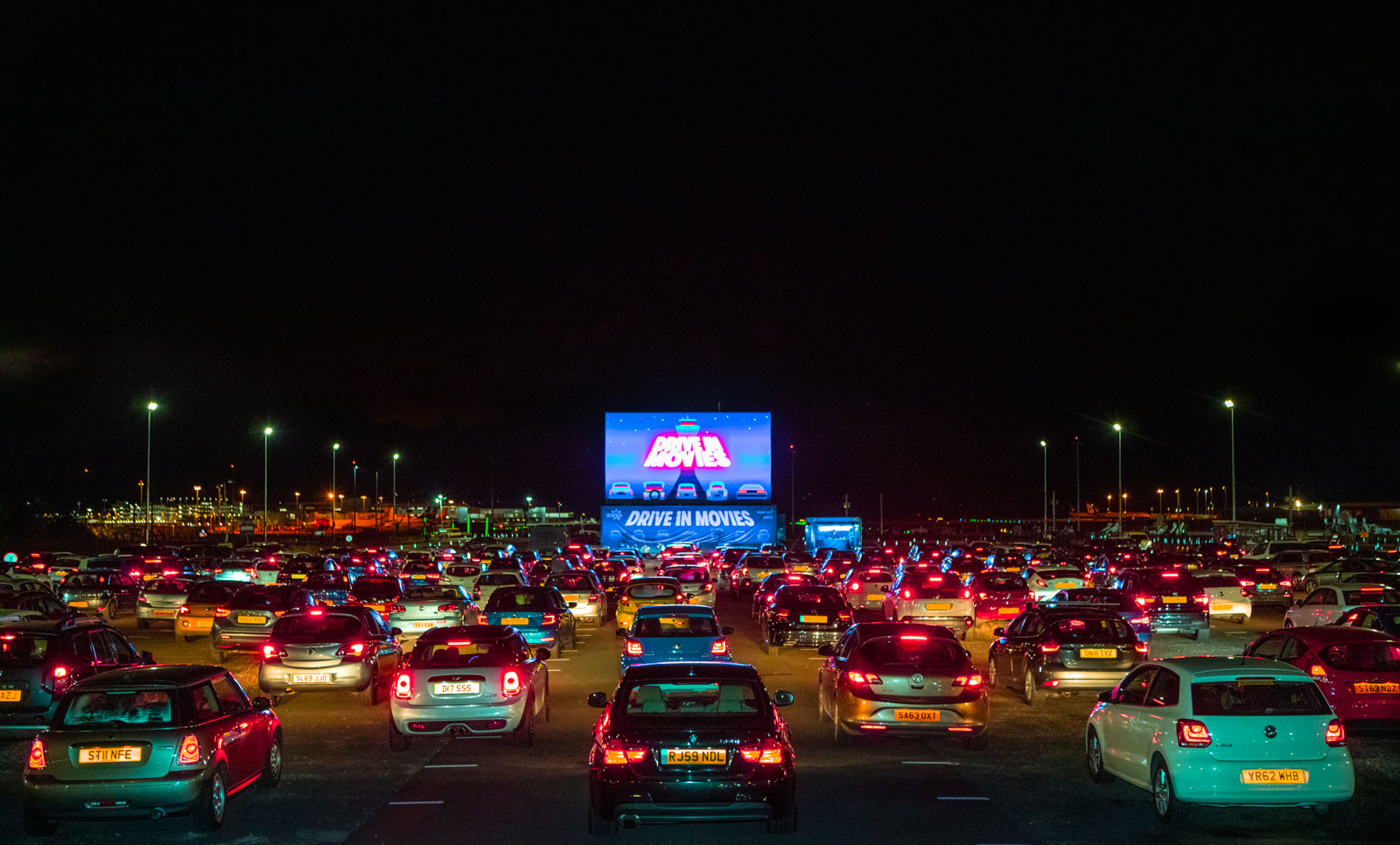 Following a very successful opening weekend in August which saw over 4,000 people enjoying the event in a safe and family-friendly environment, Drive-in Movies fun continues this October with a scarily fantastic programme of Halloween-themed films and activities.

Edinburgh International Film Festival and Unique Events, organisers of Drive-in Movies at Edinburgh Airport, are, therefore, pleased to announce a special Halloween programme for the next four-day outdoor cinema extravaganza, supported by Edinburgh Live, taking place between 29 October and 1 November.

Packed-full with scary movies and fright-filled pre-film activities with ghoulish prizes, this special event is the perfect Halloween celebration in a safe, socially-distant environment.

Tickets for the Drive-in Movies – Halloween edition are now on sale at edinburghdrivein.co.uk with another fantastic programme of cinema classics including Ghostbusters, Jaws, The Lost Boys and Halloween alongside family favourites such as E.T., Coco and Jurassic Park.

Edinburgh DJ Stewart Calverto will once again warm-up the crowds as ‘Count Calverto’ with Halloween-themed sing-along car disco and quizzes with spot prizes. There will also be ghoulish prizes for the best Halloween costumes and best Car-ved Pumpkins displayed on dashboards.

Edinburgh’s Drive-in Movies truly is the place to go for Halloween fun this year!

Audiences are being asked to vote on social media on their Fright Night Favourite horror film for the late Sunday slot: Alfred Hitchcock’s iconic Psycho (1960), John Carpenter’s sci-fi horror The Thing (1982), William Friedkin’s supernatural The Exorcist (1973) or Wes Craven’s first of the slasher series, Scream (1996). To cast a vote, check out Edinburgh International Film Festival’s poll on Twitter and Facebook.

This top-notch selection of films will be shown on a state of the art 100sqm LED screen, one of the largest mobile screens in the world with the audio broadcast straight to cars, for audiences to control the soundtrack.

Prior to each film, audiences will be able to sample some of the best fish and chips in the country from seafood specialists Alandas and for those not behind the wheel, Edinburgh-based award-winning brewery Cold Town Beer will be on site to serve beers and cocktails, as well as burgers and nachos.

All images © and credit to Lloyd Smith