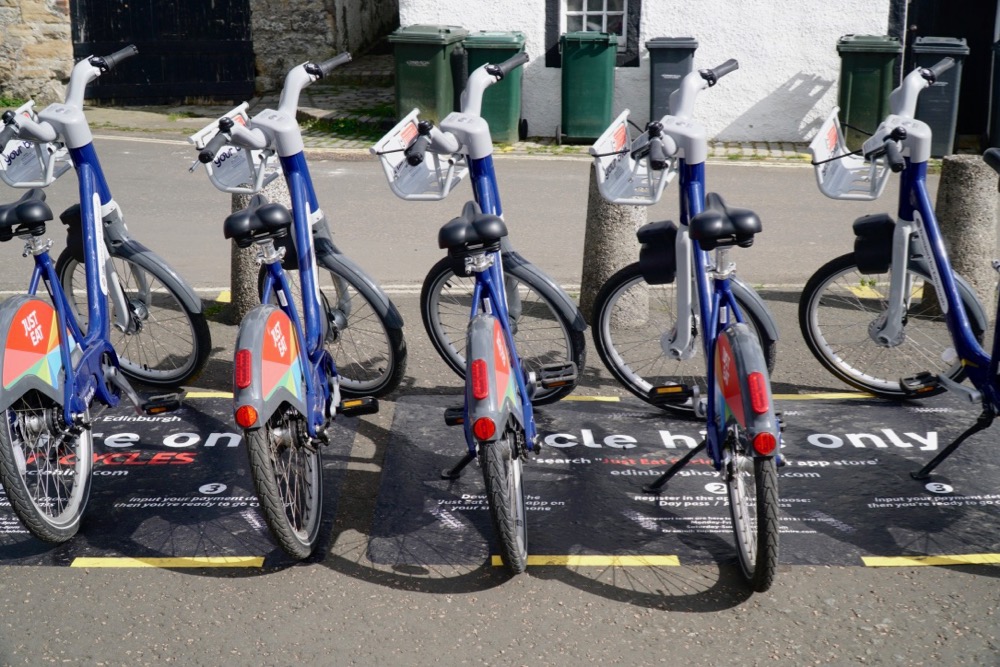 A cycle hire scheme has been introduced in Musselburgh for a one year trial.

East Lothian Council wants to introduce cycle hire stations in towns across the county as part of its Spaces for People project.

And it has introduced the first two stations in the town with capacity for 38 hire bikes at any one time.

The stations, which are being run by the Edinburgh Cyle Hire initiative, are on North High Street and outside The Brunton Hall on Harbour Road.

Funded through the Scottish Government’s Spaces for People programme  the bicycles will be  a mixture of pedal bikes and electric bikes.

People who want to use them will be able to download an app which unlocks the bicycle from its station and records the time it is taken and returned.

A £1.50 single pass is charged to use the bike with the first hour of hire free for pedal bikes and the first 30 minutes free for e-bikes, following the free tim, use is charged at 5p a minute on the pedal cycles and 10p a minute on e-bikes.

The bikes can be returned to any station in the initiative which has more than 100 stations in and around Edinburgh.

“In recent months more people have been encouraged to take up cycling again or to cycle more. The cycle hire scheme provides a great opportunity for people keen to cycle but who don’t presently own their own bike.

“They will also be of use for tourists from Edinburgh wanting to enjoy visits to some of the county’s attractions.”

George Lowder, chief executive of Transport for Edinburgh, which oversees public transport in the city, said: “The Edinburgh Cycle Scheme continues to go from strength to strength.

“We have just marked the scheme’s second birthday in a strong position with new users cycling every day and hire numbers set to double from last year.

The latest installations in Musselburgh will address a current demand for cycle hire in the area, but I hope that we will also see many new users having a go, as we have in Edinburgh, because it’s never been easier to travel by bike.”

East Lothian Council has said that as well as Musselburgh, there were plans to have public hire stations for e-bikes in Haddington town centre and at Prestonpans Railway Station, Longniddry Railway Station, Memorial Square in Prestonpans, Civic Square in Tranent and Memorial Park in Cockenzie, each of which would have capacity for eight bikes.