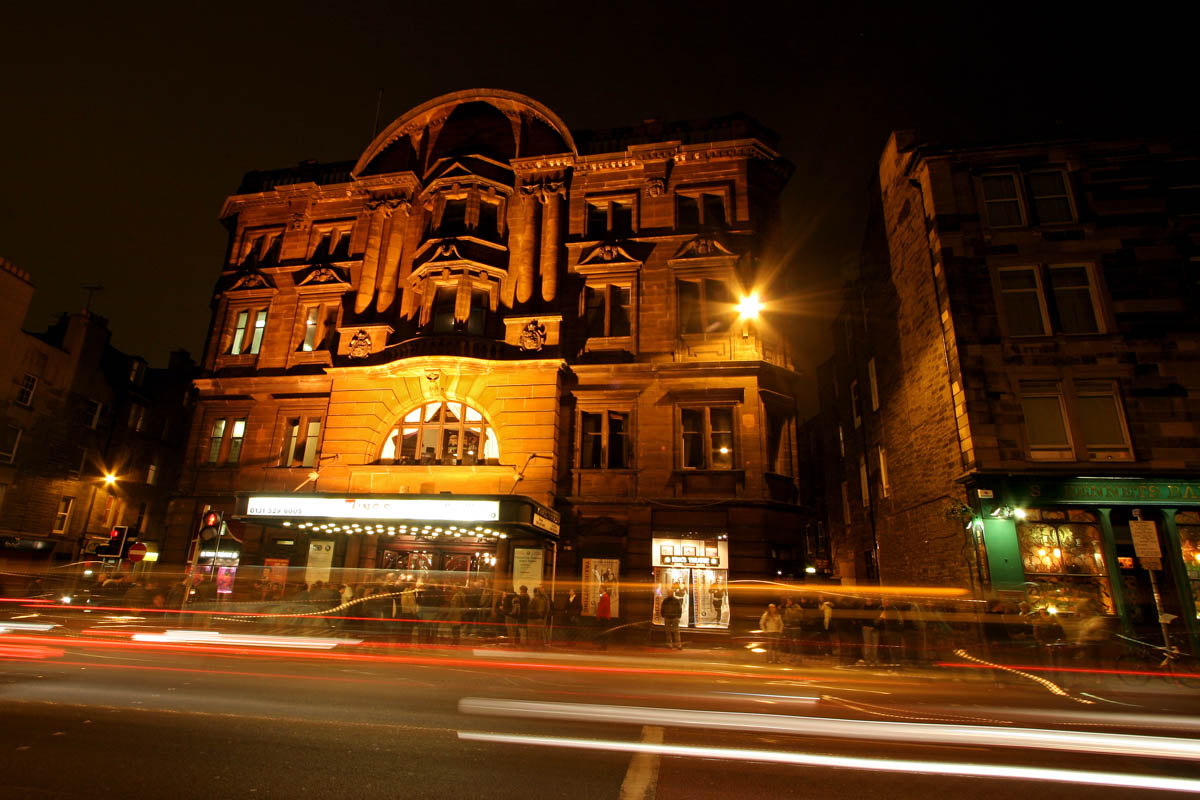 A Crowdfunder campaign has been launched by Capital Theatres, Scotland’s largest theatre charity, in an urgent appeal for support in order to prevent the closure of the King’s Theatre and to continue bringing the arts to the wider community through its vital engagement work.

Capital Theatres, who operate Edinburgh’s much-loved King’s Theatre, Festival Theatre and The Studio is asking for donations to help ensure its three city centre theatres can re-open when it is safe to do so, and to ensure continued access to creativity and the arts for the most vulnerable communities during COVID-19.

Donations can be made via the Crowdfunder website, with lots of exciting rewards to encourage further support to help reach the fundraising target. Those already snapped up include a sneak preview at the Panto dress rehearsal, joining the Head Flyman on the Fly Floor and a day behind the scenes with the wonderful tech team at the theatres. Capital Theatres’ plan is to recognise all supporters of the emergency fund, either through their website or in their venues at the end of the campaign.

Alongside a wide range already on offer, new rewards being added today include a Scottish Ballet prize including signed pointe shoes from Principal Beth Kingsley-Garner, the opportunity to go on-stage and meet the cast of the beloved King’s Panto after the 2021 show Sleeping Beauty, and a limited edition poem (illustrated in print) about the King’s Theatre by King’s Ambassador Alexander McCall Smith.

Almost 90% of Capital Theatres’ income is generated from ticket sales. The sudden closure of theatres in March meant an immediate loss of Capital Theatres’ main source of income. So far 57,700 tickets have been refunded with a value of over £2.6 million. The recent decision to postpone this year’s King’s Pantomime and the annual Christmas ballet until 2021 will result in a further £3.4 million loss of income. Currently 92% of staff are furloughed to save costs, with the remainder skeleton staff working from home.

As a charitable organisation, Capital Theatres strives to make the arts accessible for all through its extensive Learning and Participating programme, providing Edinburgh’s local community with long-term health and wellbeing benefits.

During this difficult time, the team has continued to engage with the wider community online. An extensive new digital engagement programme ‘Raise the Curtain’ offers wide-ranging opportunities for people to engage with the arts safely from home, from dementia friendly online music concerts, storytelling projects with Special Educational Needs Schools and performance workshops with care experienced young adults. During June and July alone, digital activities reached over 600 people each week.

Capital Theatres is currently actively campaigning to receive emergency Government funding at the same level as other publicly supported theatres, which would allow the theatres to continue to play a vital part in Edinburgh’s year-round thriving arts scene and support the local and national economy.

A petition calling on the Scottish Government to recognise the scale of emergency facing Capital Theatres on Change.org has already secured over 10,000 signatures in just 5 days.

The current plan is to have performances back on stages at The King’s, Festival Theatre and The Studio by Spring 2021, but social distancing measures currently in place would mean theatres could only open at around 20% capacity which isn’t financially viable. Without significant external help, Capital Theatres will struggle to survive this prolonged period of closure with no ticket income. Funding is urgently needed to continue delivering work behind closed doors and to prepare the theatres to reopen when it is possible to safely do so.

Donations to the Crowdfunder appeal can be made via: www.crowdfunder.co.uk/capital-theatres-edinburgh-saveourtheatres until 6th October 2020. #SaveOurTheatres and #AfterTheInterval

The campaign by Capital Theatres is part of a wider initiative set up by Crowdfunder and Theatres Trust to help #SaveOurTheatres that has so far raised £750,000 for 55 theatres up and down the country. Crowdfunder has waived its fee and is covering transaction fees for theatres affected by the pandemic so the full amount donated will reach Capital Theatres.

Words from Friends and Supporters

Professor Alexander McCall Smith, King’s Ambassador and Author said, “The King’s Theatre is part of the soul of Edinburgh. All of us who live in and love this city cherish a deep affection for this wonderful institution. It needs our support now – and I am sure that there will be many who will give that support with readiness and love.”

Grant Stott – Panto Baddie! -said, “The King’s Theatre has seen World Wars, tram systems, Goldbergs and Mr Boni’s all come and go. We have to do what we can to make sure she’s still here to see what this brilliant City of Edinburgh does next.”

Bethany Kingsley-Garner, Principal Dancer, Scottish Ballet, “Edinburgh Festival Theatre is where the magic happens, my second home. To experience live theatre is to be transported to another place, where audience and performers become one. Sharing emotions with the audience creates magical moments for me, as a dancer on stage.”

Family with lived experience of dementia “You’ve really helped us get through the most terrible time. We can’t thank you enough for all your energy and effort for us.”

Fergus Linehan, Director, Edinburgh International Festival said, “Since its founding years, the King’s Theatre has been at the centre of the Edinburgh International Festival’s work. Each August it has been home to the world’s greatest orchestras, singers, actors, and dancers. Its fine acoustic and excellent stage/audience relationship has made it a true favourite with Festival artists and audiences.

“In addition to the buildings, the personnel at both venues have crucial skills and experience of working at the highest possible level. It would be simply impossible to stage a Festival of international stature without the King’s Theatre and Festival Theatre.”

Ian Rankin, author and King’s Theatre ambassador noted that, “Theatre is necessary. Life would be poorer without it…Help Capital Theatres. Help live theatre. Make your voice heard and help them make all our voices heard.”