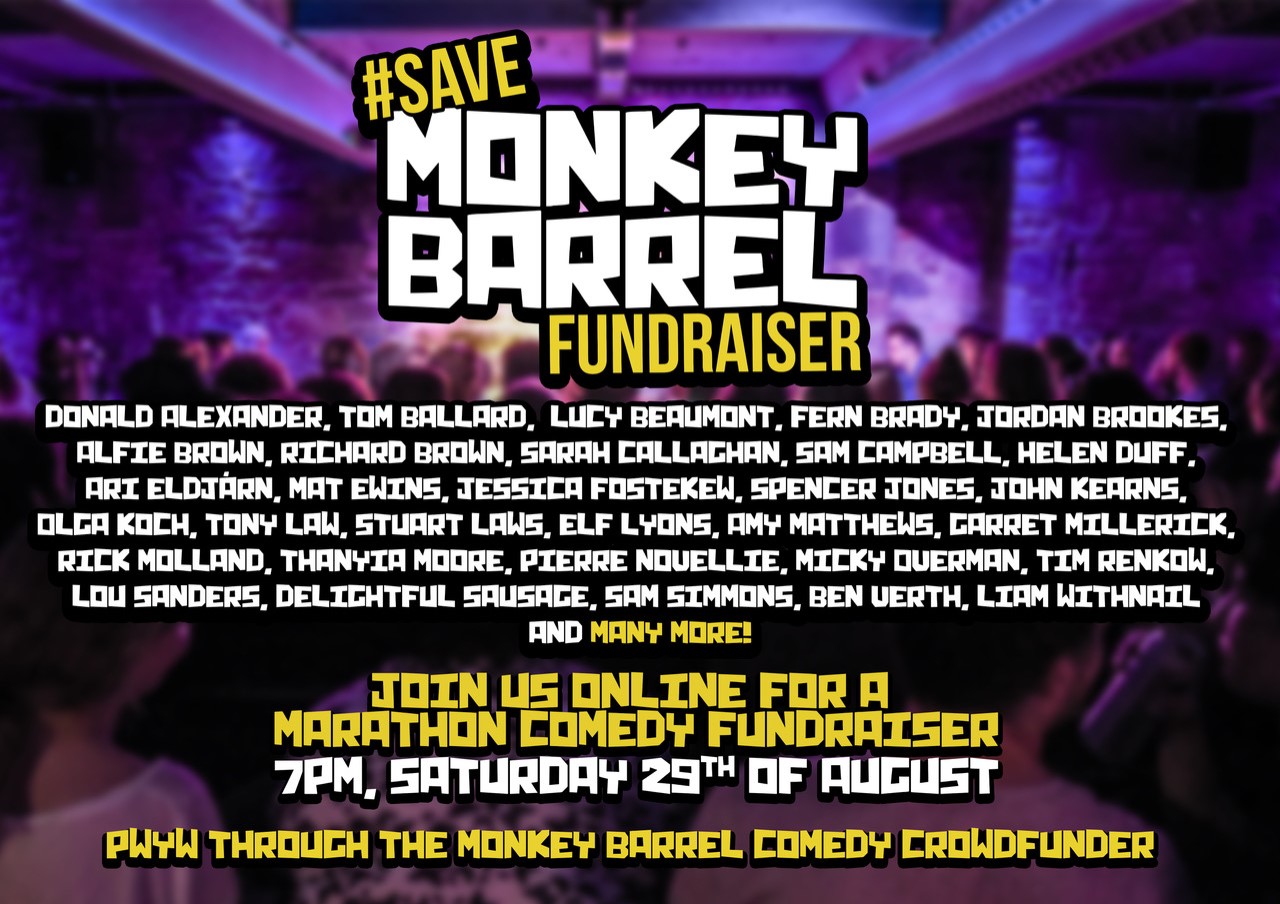 Every August, Edinburgh becomes the epicentre of the global comedy scene, as it hosts the world’s largest arts festival – the Edinburgh Fringe Festival.

Since its debut in 2017, Monkey Barrel Comedy has programmed some of the most diverse, enthralling and innovative line-ups, culminating in numerous award nominations.

In 2019, Monkey Barrel Comedy expanded to five purpose-built stand-up comedy rooms, welcomed over 50 comedians and close to 100,000 visitors through its doors.

The current Coronavirus Crisis has left Monkey Barrel, and many people in the Comedy industry without an income. The 2020 Edinburgh Fringe has been cancelled, Monkey Barrel Comedy Club remains closed and it’s fabulous team unable to work.

That’s why they are hosting the fundraiser show of a lifetime.

Join Monkey Barrel Comedy and all its local and Fringe friends for an evening of laughs and shared stories.

The Monkey Barrel Marathon Comedy Fundraiser kicks off at 7pm online or you can get limited seated tickets for our in house broadcast in the Monkey Barrel Cafe. Online tickets are Pay What You Want, because the Fringe might be gone but its spirit lives on!