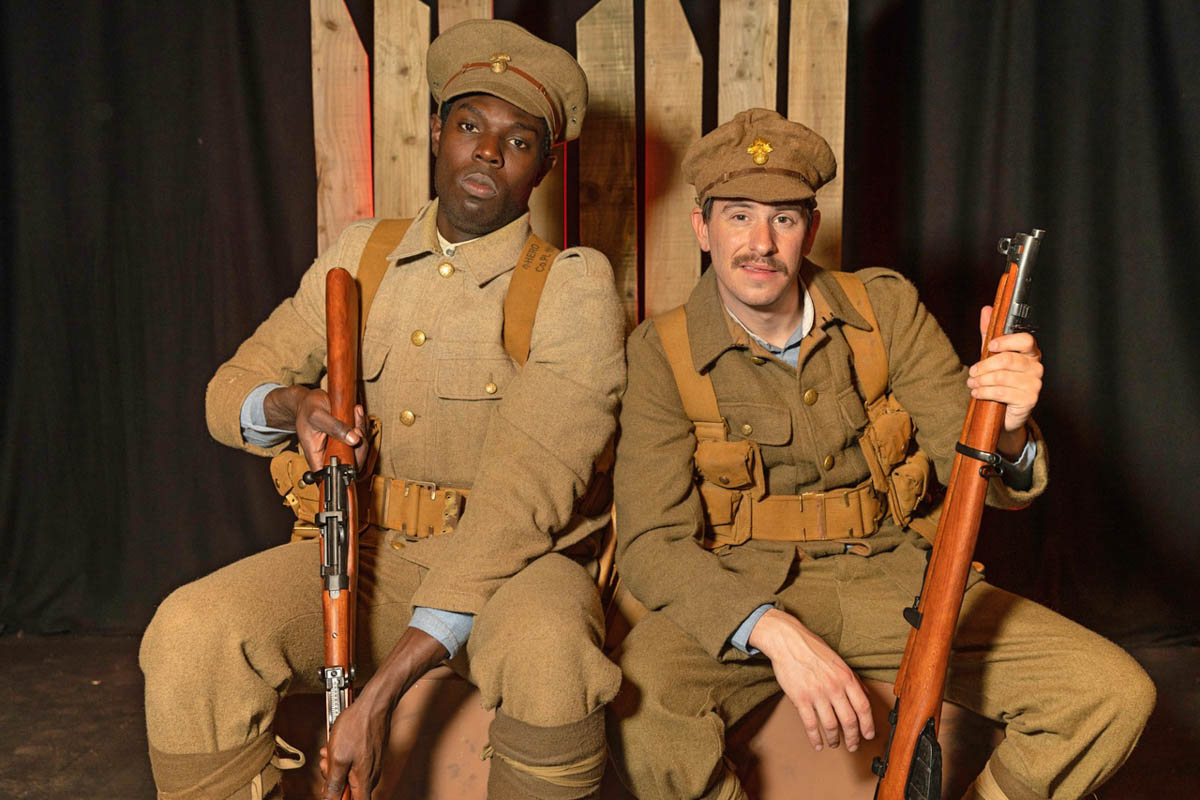 On Tuesday, 18 August at 19:30 Army@TheVirtualFringe is hosting a free live rehearsed reading of Lest We Forget, a play co-written by Rasheka and Charlotte Green, about the black British experience during and after the First World War.

Home Truths Theatre Company would welcome reviewers – but asks that any reviews make it clear that it was a rehearsed reading and that it’s very much a work in development.

The play takes us from the outbreak of war in 1914 to the race riots of 1919 and follows the lives of William James, a black British soldier, and Edith Booth, a white Northerner new to London.

When William and Edith fall in love they think the hardest battle will be surviving the war, but fighting prejudice on the home front proves almost as challenging.

It’s a subject that Rasheka believes too few people know enough about.

She said: “There is a prevalent misconception that black British history starts in 1948 when Caribbean immigrants came to help rebuild Britain after World War Two.

“As a writer, I have always had an interest in telling stories that explore the Black British diaspora, particularly before Windrush.

“Deepening my knowledge about the history of black Britons (and British history in general) has and will always continue to enrich my life.

“For example, knowing that in the 1760s, there were around 10,000-15,000 black people in London makes me think about all the thousands of potential stories that can be told.

“The oversimplification of black British history greatly contributes to the lack of depth in the perception of British history overall – how can we understand our history, if we only know a distorted version of it?

“When the full story begins to be told, we can create a deeper, more vibrant understanding of our history. It also brings opportunities for creatives to have access to a wider variety of stories to build upon and develop.”

Charlotte adds: “The piece was originally written to celebrate the centenary of the end of World War One, showing us a piece of history that is often forgotten. Whilst re-writing the play this summer it was hard not to see the parallels between 1914 and now. Since the events of WW1, it’s been over 100 years. Have we really come that far?”

The reading will be followed by a Q&A with the cast and creative team.

•We recommend signing up through the link above to access our Zoom webinar and participate in the Q&A. You can also tune in via our facebook page or go to https://www.armyatthefringe.org/virtual/two/lest-we-forget/.
•Interested in hearing about Charlotte Green’s approach to creating her own work? Sign up to her session on Creating Your Own Work.
•We will be recording our events and adding captions to them in due course. If you are hard of hearing and would like to view a recording of the session with captions, contact us via hello@armyatthefringe.org and we’ll prioritise captioning for the event.