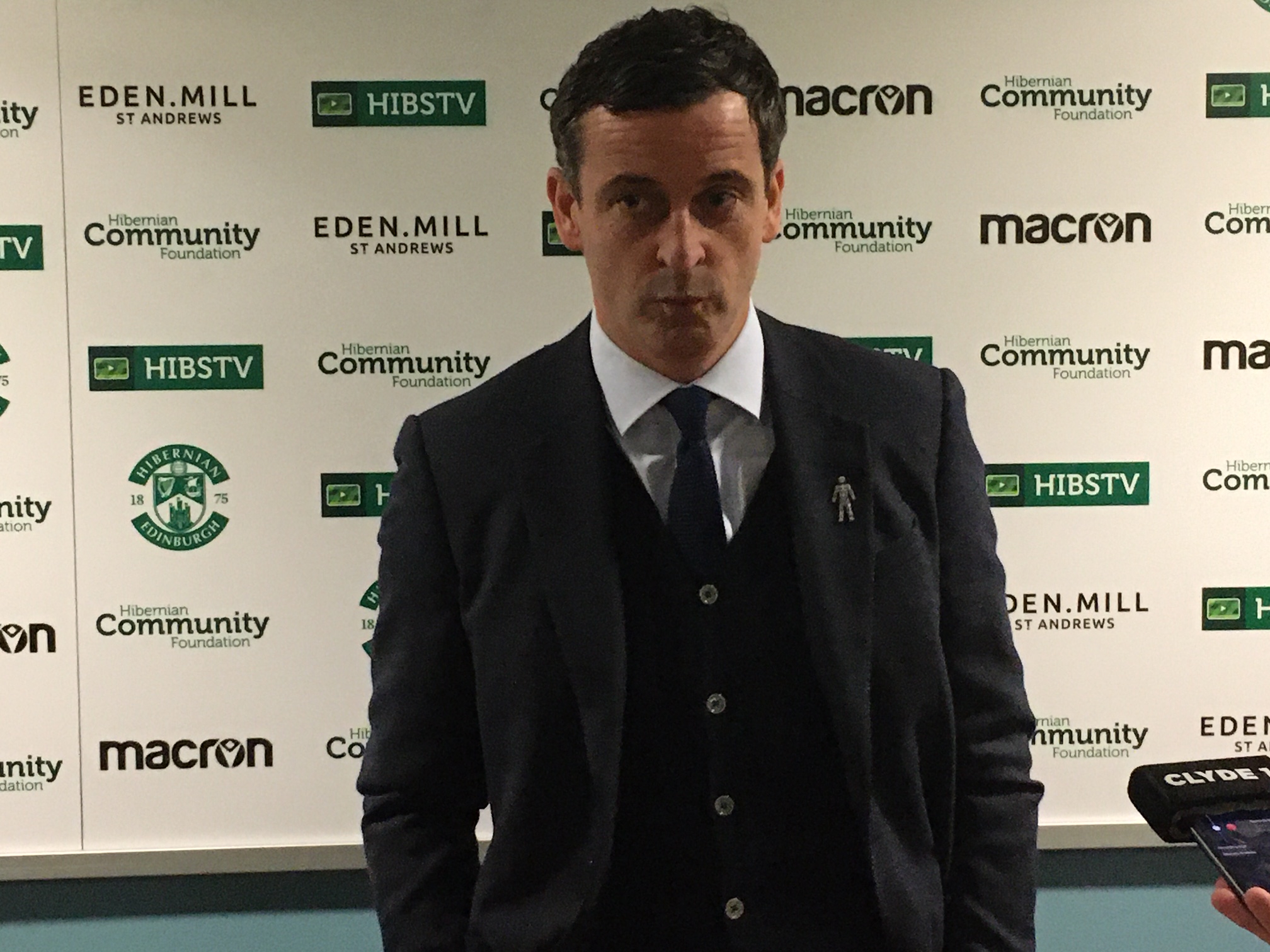 Hibs’ Head Coach Jack Ross is happy with where his squad is at the moment but is looking to strengthen if possible.

Ross was due to meet with owner Ron Gordon who is in Scotland for the first time since lockdown and took in the Hibs training session yesterday.

Hibs have already completed a big money deal for Kevin Nisbet this summer, with Drey Wright and Alex Gogic arriving on free transfers and the club recouped some of the money from the sale of Florian Kamberi who signed for St Gallen.

Ross was not expecting to be given the money to reinvest in his squad but he believes that the time to invest is when the team is doing well. In the past week the club has been linked to Rangers duo Greg Docherty who played with Hibs on-loan last season and youngster Ross McCrorie.

Speaking ahead of tonight’s top of the table clash with Dundee United Ross said: “It’s just about trying to continue to improve. We have streamlined a lot of aspects of the club. And we’ve streamlined a lot of aspects of our squad. I’m happy. I mean, I’m happy with where we’re at. But like everything, as a manager, you are always looking. I think the time to strengthen is when you are doing well. That’s key.

“Prior to me taking the job, he (Ron Gordon) was in Scotland so I met him a few times before accepting the position, but a lot of the recent communication has been via Zoom and email etc. So it’ll be good to see him face to face and it does help foster that personal relationship, which is good already. He’s not a difficult man to get on with. He’s good company.

“I think there are several players who fall into that category. There’s Daryl, Joe Newell, guys who are playing a big part in what we’re doing at the moment but the good thing is I think they appreciate the current situation we’re in and I think that’s made things a little bit more difficult to plan too far ahead.

“So undoubtedly, if we can continue to do well on the pitch, that helps to progress matters off the pitch, as well. The good thing is, the type that Daryl is, temperament wise, I have absolutely no issues about how he’ll continue to go about things and  if and when there’s an opportunity to extend his stay here, I’m sure we will do that. As a manager it’s difficult to look too far ahead full stop.

“Quite often you go on coaching courses and hear people talking about three and five year plans. It sounds great, it’s fantastic and I’ve done them, but the truth is it’s win, survive, succeed. That’s why there’s these structures in football clubs. That’s why we have Graeme [Mathie] here in his role as Sporting Director, because he probably has more of that security so can look at the bigger picture. The immediate concern is always winning games. That’s just the brutal reality of the job.”