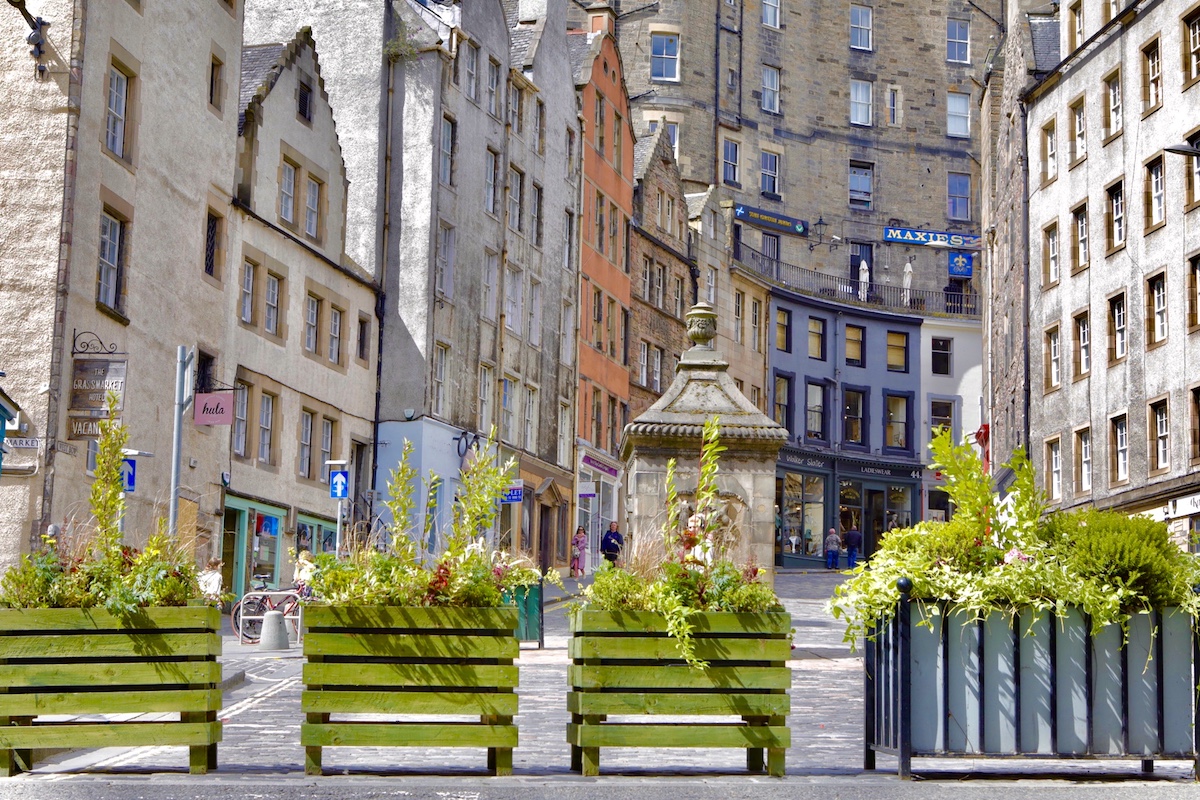 From Tuesday if you are in any of the areas where Covid-19 emergency measures to encourage active travel have been introduced, then watch your speed.

That is the message of the Safety Cameras Scotland who will use the safety camera motorbike at a number of Edinburgh locations from 28 July 2020.

The aim is to encourage drivers to slow down, to encourage compliance with the speed limits and also support those who are walking, wheeling and cycling in the area.

Eric Dunion, East Safety Camera Unit Manager “I am pleased that we are able to support the Spaces for People project by utilising the motorbike to enforce in 20mph limits across Edinburgh. Following discussions with City of Edinburgh Council, it was agreed that these locations would benefit from camera enforcement. In particular East Fettes Avenue and Portobello High Street have experienced a substantial increase in cyclists and pedestrians and the motorbike will be a visible deterrent to drivers who ignore 20mph speed limits”.

City of Edinburgh Council, Transport and Environment Convener, Councillor Lesley Macinnes said: “A great deal of work has taken place across the city to make it easier for people to physically distance and to travel safely by bike, on foot or by wheelchair. These measures have included creating more space for walking, wheeling and cycling. Due to this, it is necessary to carry out enforcement in partnership with the East Safety Camera Unit to ensure speed limits are adhered to, in order to maintain the safety of those travelling around Edinburgh”

Cycling Scotland’s Head of Communications, Denise Hamilton said: “It’s vital that we tackle speeding and other dangerous driving, to keep everyone safe, whether they’re cycling, walking, wheeling or driving. We’ve seen tragedies on our roads as traffic has increased in recent months and enforcement action is welcome and necessary to help make Edinburgh’s roads safer. Cycling has huge benefits for physical and mental health, and we need to support more people to travel safely by bike. Dedicated cycling lanes, separated from road traffic, are the top priority while enforcement and education are essential to improve road safety for all.”

The City of Edinburgh Council was awarded £5 million by The Scottish Government to introduce temporary measures to allow social distancing and encourage active travel. They have set up a swift consultation of up to five days for each of the schemes being introduced, and all details about those which have been introduced, and those being considered are on the Spaces for People page on the council’s website.

SPOKES the cycling campaigners say that they hope the new Try then Modify way of dealing with road closures and changes will spark a new way of working. They hope that more sensible timescales will result rather than the years long processes which have prevailed till now. Their hope is for projects to be split into small or major and that “in most cases such scenarios would provide the public with many of the benefits of the final scheme far earlier with more realistic feedback by experiment than by purely paper computer modelling and public opinion exercises”.

Meantime the council has agreed to the Transport Convener’s request for a report on the effect that the Spaces for People measures are having on traders and businesses in the local high streets. There was much debate at the recent Policy & Sustainability Committee on the effect that removing car parking and loading spaces outside shops on our local high streets will have on business. The Conservative Group demanded an independent report based on empirical evidence.

The Conservatives transport spokesperson Cllr Susan Webber said: “There is a lot oc concern among businesses across the city. We want a useful platform as we don’t know the impact on business and trading during this virus. We need to take time with this report and we need to speak to businesses on the ground as these measures may need tweaked.”

Cllr Macinnes said: “It is very important to note that there has not been a high-handed approach here from the council. We are looking for the best possible solution across conflicting aims, and I hear the call for balance from opposition parties. But the evidence piles up on one side so we need to have the chance to show it. It is often the case that traders overestimate the number of people who arrive by car.”

The Liberal Democrats insisted that the report should be used to continue the council’s ‘two-way dialogue and engagement with high street businesses over the coming months.”

At the same meeting the Lord Provost lodged a formal request for the Council Leader to write to the Chief Superintendent, Police Scotland asking that they increase the enforcement of the speed limits in Edinburgh, and specifically the 20mph limit.