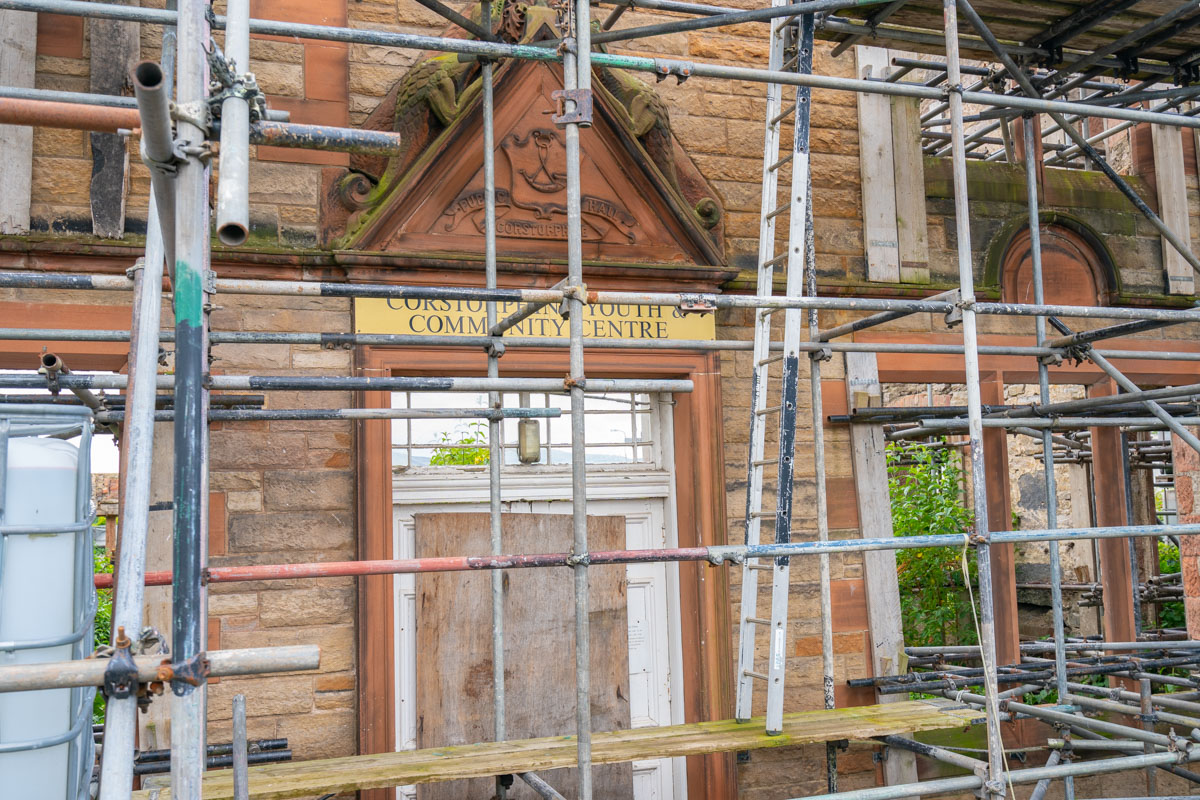 The council agreed earlier this year to prepare a schedule of key projects, which would allow them to prioritise each for funding from the new Scottish Government’s Regeneration Capital Grant Fund (RCGF).

The guidance is: “The Council will direct investment in Edinburgh’s town centres and local centres to projects that strengthen and reinforce their roles as set out in the Edinburgh Local Development Plan; contribute to inclusive growth; and enhance their resilience and sustainability in the face of change”.

In 2019 Edinburgh was awarded £2.613 million from the Scottish Government Town Centre Fund (a separate fund which is not going to be renewed).

From this money, four projects were funded: £1.013 million was allocated to Granton Station, £1 million to South Queensferry for public realm, £400,000 to Westside Plaza in Wester Hailes, and £200,000 to Pennywell Culture and Learning Hub.

The Scottish Government intends that the new RCGF Fund will support projects which are of importance to a particular area, and which will make a difference to people who live there.

Local authorities have to compete for the funding and Edinburgh has had some success in the past in getting monies on this basis. The council successfully applied for funds for Castlebrae Business Centre, and a new Civic Heart for Pennywell/Muirhouse with a variety of other projects in other areas of the city.

Applications for the next round of RCGF must be lodged with the Scottish Government by 19 June 2020, and councillors will vote on Thursday of this week on the list of projects to be put forward for this competitive funding.

The council report says that the projects must demonstrate clear community involvement, and contribute to the Place Principle as required by The Scottish Government. This round of applications must also be ready to start on site in 2021/22.

Council officers drew up the list of 11 projects to be considered for funding, ranked according to the Scottish Index of Multiple Deprivation (SIMD), all in accordance with government guidance.

This then produced a shortlist of seven projects all of which could begin by December 2021. There is a proviso – these applications “will only progress if RCGF funding is allocated by The Scottish Government”. (We have to presume that the Covid-19 pandemic must put some government funding into doubt.)

One of these, Corstorphine Community Centre was destroyed by fire in 2013, and there are well developed plans to replace it. But the Centre’s board says putting it on this shortlist for government funding could jeopardise the monies from trusts that they are applying for, and indeed the project itself. So why is it perhaps bad news that the centre is on this list?

In early March 2020 the council’s Finance Committee put off taking any decision on whether to pay the requested £750,000 from council reserves to Corstorphine Community Centre. The council said that there were no funds allocated to this in the, then recently approved, budget agreed in February. Cllr Alasdair Rankin, the Finance Convener, explained that the council reserves were intended to cover unexpected events like repairs to council buildings or coronavirus.

Conservative and Liberal Democrat councillors argued at the time that this money could be paid out of the council reserves. The Lord Provost, Frank Ross, who is also the local councillor, did not support the SNP/Labour administration budget, as it did not include any funding for the replacement of the Corstorphine Community Centre, although he claimed the monies had been promised.

But right now, CCC have a timing issue as they say they now need a decision from the council by 12 June 2020. The tenders which they have for building work on the new centre expire in the middle of June, and the additional funding from a variety of trusts depends heavily on council support being made available first.

Their temporary hub on St John’s Road also has a critical date looming as the Community Centre have to vacate these premises by January 2022, according to the landlords, Mactaggart & Mickel.

Tommy McLean, Chair of the Corstorphine Community Centre, told The Edinburgh Reporter that it was a bit of a surprise that CCC is on the list for the funding application to The Scottish Government. He said: “We are disappointed that the council have chosen to put CCC on this list. It will delay the project for the new centre again. It has been delayed so many times and we cannot have it delayed any more because past delays have already cost us in excess of £200,000 in architects’ fees, and of course costs went up in the meantime.

“We understood we were getting the funding, but have already had to get new tenders in the past to make an application to the council. By that time the building next door had been reinstated. They had put in an external stair up to a top flat which meant the plans for the new centre had to be altered. We would not have had to do this, or had that expense, if the council had given us funding when we first asked for it.

“We need a decision now. Initially we asked for £750,000 as a grant. We were refused, but we were promised the money on about three separate occasions.

“We are now accepting that the council might not be able to give us a grant, but we had offered them what we call a Golden Share in the new building, so that they would get their money back if the centre was ever sold. This would be a kind of investment for that, and would also include a low interest calculation added to that.

“I really don’t know where this new idea of getting money from The Scottish Government has come from. The money has been promised to us since the council set its 2019 budget. This will mean any money is way outwith our timescale. We have to know now that we are getting the money and this is competitive funding so it means it is uncertain.

“The reason that this is so important is that Corstorphine does not have a community centre. It needs a community focus, it needs an anchor organisation and CCC is that. It has been highlighted during the Covid crisis. At the moment in conjunction with local businesses we are now running a food bank and we are catering for about 450 people a week, in all. If we weren’t there that would not happen, and we cover the whole EH12 area.”

Cconservative Group finance spokesman Cllr Graham Hutchison said: “The report to the Policy and Sustainability committee is the final confirmation that the council administration does not support the funding of the Corstorphine Community Centre.

“Pronouncements of support, as we have suspected for a long time now, have been nothing more than empty words.  The Corstorphine Community Centre committee and residents of the area have been well and truly led up the garden path by senior administration Councillors who clearly never had any intention of offering Council support to their project.

“The Conservative group offered an end to all the uncertainty in our budget in February by attempting to deliver the long overdue and long promised funding, the administration delivered another kick to Corstorphine Community Centre by rejecting this proposal in a budget which even their own SNP Lord Provost failed to support.”

If council funding for the Corstorphine Community Centre (CCC) is not made available by the council or indeed by the government’s Town Centre Fund, then the back up plan is that the community might acquire Westfield House, a council owned building in Kirk Loan. This would be bought under Community Asset Transfer rules, and so the council would not achieve the full market price for the building.