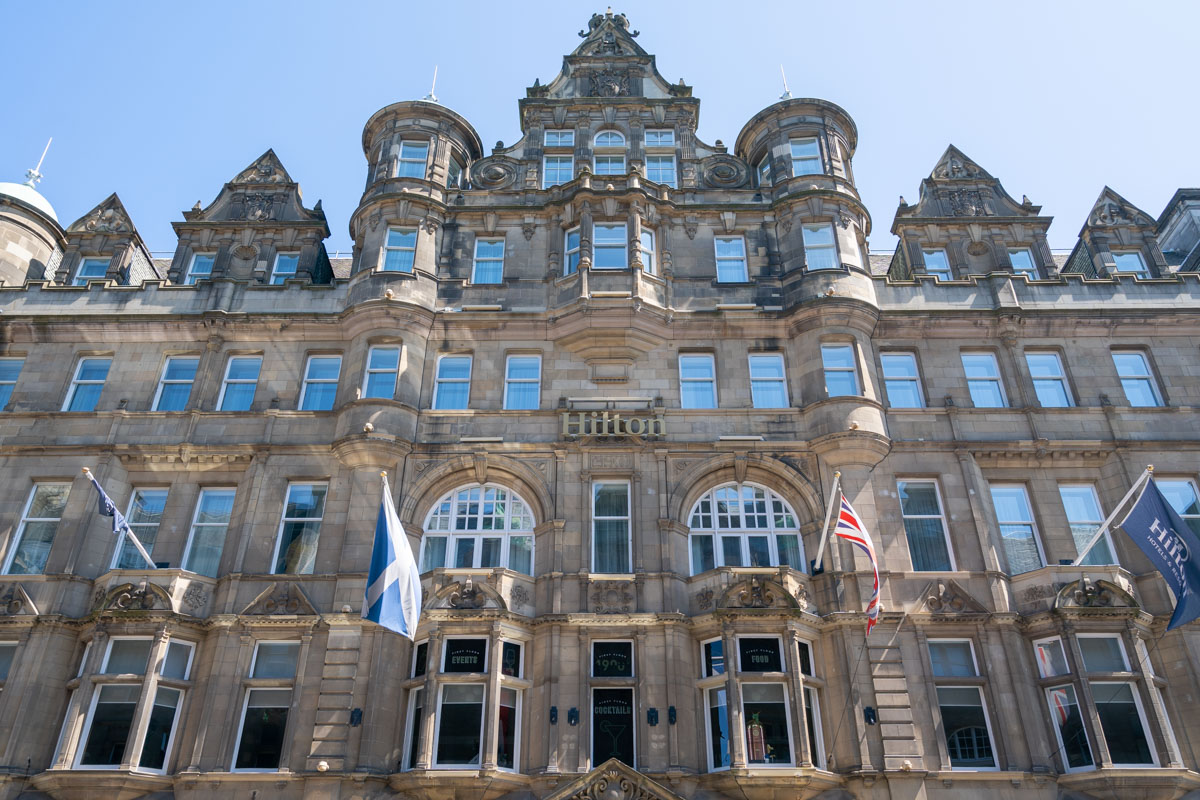 Last week the Nike conference held at the Hilton Edinburgh Carlton in late February was the subject of discussion both at government and council levels.

He explained that the virus was likely already in Scotland at the end of February when the conference was held, that the early cases had no links to travel and that community transmission was already happening, although the cases were few in number.

The BBC revealed in their Disclosure documentary that one of the 70 Nike employees who attended the conference already had the virus. Of the confirmed cases linked to the event, 8 were Scottish residents.

The Chief Medical Officer explained last Tuesday that this did not lead to a wider outbreak.  The CMO explained that genomic sequencing had shown that the specific viral lineage associated with the conference had been eradicated in Scotland by the end of March. He referred in depth to a scientific report published by Glasgow University on genomic epidemiology and the Edinburgh conference. You can read that here.

Dr Smith said: “Use of the next generation sequencing technology has allowed us to identify at least 112 separate introductions of Covid-19 across Scotland that ultimately led to sustained community transmission.

“It has identified viral lineages with no clear link to travel at the very early stages of the outbreak in Scotland, suggesting that there may have been earlier introduction to Scotland and community spread even before the first cases emerged.

“In this respect, the emergence of continental Europe as the global epicentre of the epidemic appears to have been the main source of the particular lineages that have established in Scotland.

“This work has also enabled us to understand the pattern of spread that was associated with a sports conference that took place in Edinburgh at the end of February. Beyond the eight cases already known to be associated with this outbreak there are three other cases with a genotype that may be linked to this lineage.

“However, this particular sub lineage of the virus has not been detected in Scotland since towards the end of March.

“This suggests that the actions taken by the IMT to manage this outbreak were successful in curtailing spread and have led to the eradication of this particular viral lineage, with no evidence of any wider outbreak associated with it in Scotland since that time.”

Public Health Scotland underlined that their Incident Management Team successfully limited the spread of the strain of Covid-19 which originated at the conference.

Dr Jim McMenamin, Incident Director for Covid-19, Public Health Scotland said:”There is increasing confidence that the Edinburgh conference strain has not made a significant contribution to the overall burden of Covid-19 in the Scottish population. Evidence suggests the strain associated with the conference accounted for only a minority of the detections in Scotland.”

“We are continuing to monitor Scottish, UK and international whole genome sequencing analysis to provide any evidence of reintroduction of the strain from other countries. This continues to demonstrate that there has been no detection of the strain of Covid-19 from the Scottish population in the period from end March to the beginning of June.”

Angela Leitch, Chief Executive of Public Health Scotland said:”The public health measures implemented by the IMT have been successful in controlling the spread of this specific strain. Their investigation of the incident and follow up action has helped to protect the health of our nation.”

“We will publish the IMT Response Report in due course, but the work undertaken and shared publically this week shows that the actions taken by the IMT in controlling transmission of the viral strain were successful.”

The council was asked to produce a report about the timeline of what was known and by whom around the Nike conference. The Director of Place, Paul Lawrence, produced a report for last Thursday’s Policy and Sustainability committee about the notification of a positive case in Lothian, given that Covid-19 had become a ‘notifiable disease’ in terms of the Public Health legislation.

It is for The Scottish Government to deal with matters of public health in Scotland, although NHS Lothian and the Council’s Environmental Health team also have a role.

Here is the timeline:

The council had been asked to produce a further report to be produced for the 11 June Policy and Sustainability Committee (P&S) to provide an overview of the outbreak and the duties of the parties involved, including Public Health Scotland, the council, NHS Lothian and the Scottish and UK governments. There was a demand by councillors to establish whether the council response was adequate.

At the P&S committee on Thursday 11 June 2020 Conservative Group Leader Cllr Iain Whyte (who had previously raised this matter) said: “The report indicates that the council was told various things about this conference, told that there was a case and then told when that case was confirmed, and the Chief Executive then told councillors on 6 March 2020. The Evening News ran a story yesterday (10 June 2020) indicating that the NHS or public health had told the council but didn’t say what conference it was. The Evening News indicates that the council knew what conference it was but that NHS had said not to tell councillors what conference it was. Which way round is this? What’s the truth here, and how do we get to the bottom of that?”

Chief Executive Andrew Kerr replied: “Cllr Whyte, the facts are as laid out in the report. I don’t really think I’ve anything else to add to that. I don’t respond to the Evening News’s views on very much. We’ve reported it exactly as it happened. That is what happened so I’m not sure what else I can say really to add to it other than the report gives the facts as we understand them.”

Cllr Whyte asked : “So will you be asking the Evening News to print a correction around that information?”

The Chief Executive replied: “If I’m being honest Cllr Whyte, if I had to ask them to print a correction on absolutely every single thing that they did that wasn’t quite correct, I’d be spending quite a lot of time doing that, especially in this instance. I will need to take this into consideration and I haven’t even read the article you have talked about.”

Council Leader Adam McVey pointed out that when the members’ briefing went out to all councillors none of them asked for any further details of it, including where the conference had taken place.

The Conservative Group wanted the council’s Governance Risk and Best Value (GRBV) committee to review the partnership arrangements for public health protection emergencies, but were told that these are set out in statute and not within the purview of the council so they cannot be reviewed in house. Cllr Whyte said it seems inactive on the council’s part that they did not appear to have checked the premises – the hotel – which remained open to the public at the time.

Councillor Susan Webber (Cons) said that it is clear that we now have a greater understanding of the virus. But, she continued : “There are still concerns raised in this report regarding how it was reported, communicated and the actions that were taken. Now, even though the risk of asymptomatic transmission which was largely not known at that stage, it has clearly been a contributing factor to the infection in our city. Hindsight has been really kind to us here, and frankly we should be taking a huge sigh of relief. It is imperative that our GRBV committee is involved in examining public health protections going forward.”

Gren councillor Melanie Main pointed out that there has been confusion in the public’s eyes as to who is responsible for what and what the processes were. She said: “I think this report lays out very simply how that process worked. I think it will give reassurance to all of us. It is also reassuring now to understand that it was contained.” But she also said it was up to GRBV to decide if they do want to look at any of the processes here.

Cllr John McLellan, who is also a Director of the Newspaper Society, mentioned that The Evening Chronicle in Tyneside on 5 March published an article mentioning a churchgoer from Tyneside who was diagnosed with coronavirus. He said the article continued: ‘It is understood that the patient works for Nike in Sunderland and contracted the virus after attending a conference in Edinburgh.” Cllr McLellan said: “The readers of the Evening Chronicle in Newcastle knew more about what was happening in Edinburgh than the citizens of our city. It would appear that they also knew more about the confirmation of the virus than the Chief Executive. This important piece of evidence is not referred to at all in our report.”