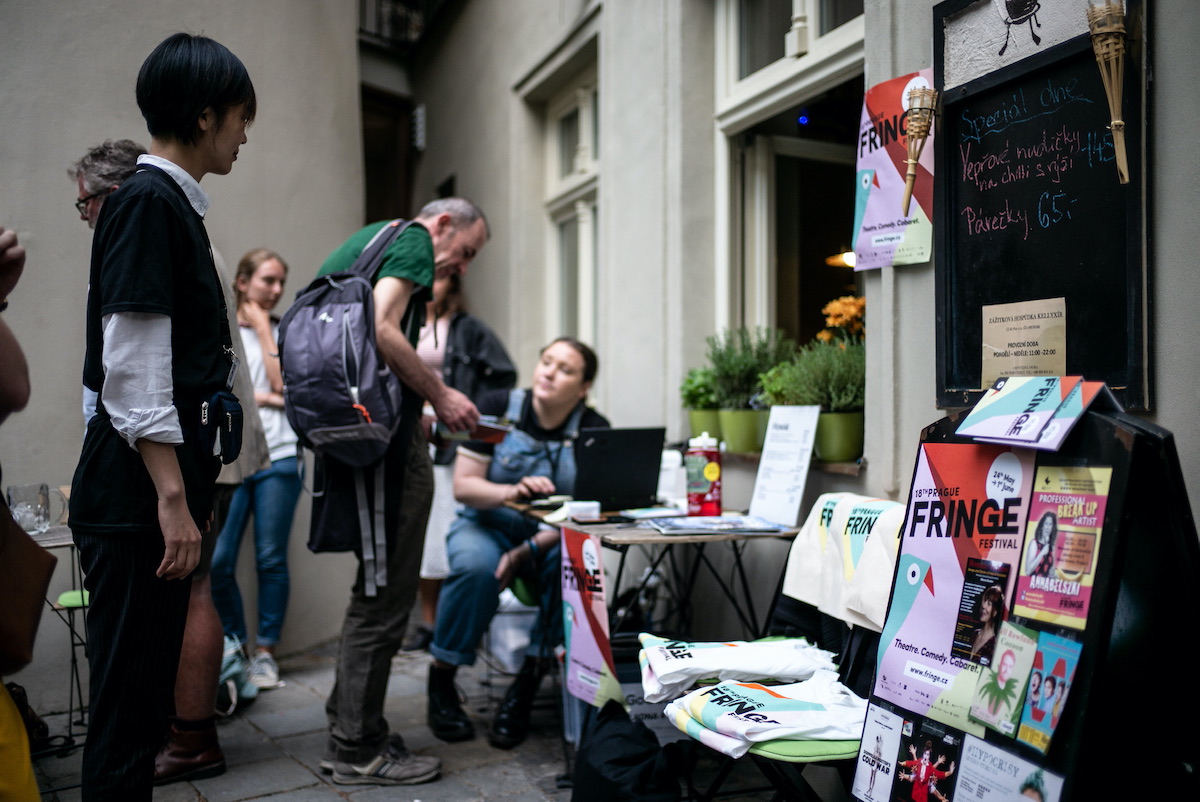 The impact of the ongoing Covid-19 pandemic has been devastating for arts and culture all around the world.

Most venues and festivals are currently on hold, and those employed in arts face an array of uncertainties.

Among those caught up in the uncertainty is Scottish founder of Prague Fringe, Steve Gove, who first moved to Prague in 1997. Gove founded the Fringe there after his own experiences in Edinburgh, and announced the Prague event during the 2001 Edinburgh Festival Fringe.

He and his Prague-based team have been working since August with booking venues and organising volunteers, to stage the festival which normally takes place in May. Now, the team will be happy if they manage to reschedule the event for October 2020.

But if the worst comes to the worst, and borders remain closed in early autumn, there is still a risk that Prague Fringe may not be able to continue in the years to come.

This would be a tremendous loss for the Czech art scene, as Prague city councillor for Culture, Hana Třestikova, said: “Prague Fringe has brought diversity and connectedness to the rest of Europe.”

Initiatives like the donation based Festival of Nothing aim to support cultural institutions by encouraging people to buy a ‘ticket for nothing’. Founded by the city council along with a local event company, this scheme tries to ensure that venues can continue to operate after the health crisis passes.

Councillor Třestikova is working hard to support artists and cultural institutions, many of which are integral to Prague Fringe. She asks for ‘patience’ from everyone in the art industry, confirming that aid will be equally accessible to both Czech and foreign projects.

The Czechs took swift measures to contain the virus, announcing a state of emergency on 12 March 2020, and the country closed its borders just four days later.

Gove said: “The closing of borders must feel surreal to the Czechs who remember being isolated from the west during the totalitarian regime.

“Back then there was a blank canvas for artists coming from the west.”

Gove saw a window of opportunity to introduce ‘a slice of Scottish culture’ to the evolving cultural scene in the post-soviet Czech Republic.

He describes his connection to the Czechs as ‘deep and sincere’, despite initially finding the language ‘close to impenetrable’.

Gove continued: “The cobbled streets filled with centuries of mysterious history are in many ways similar to Edinburgh.

“I will keep waving the Saltire flag here in Prague, but I have never considered returning back to Scotland.”

He considers himself a ‘Scottish culture ambassador in Prague’.

His dedication to Prague Fringe has resonated well with both locals and foreigners. Gove said many say they feel they are ‘abroad on holiday’ as they get to watch some of their favourite venues fill up with actors and audiences from different countries around the world.

The Prague Mayor, Zdenek Hrib, has personally thanked the Prague Fringe founder for running the festival and, the arts councillor has, of course, attended the event in person.

Gove is optimistic about the Czech response to the crisis, and believes that the arts sector will recover through the unity which has come to the fore throughout the society in the last few weeks. Despite the ongoing uncertainty, Gove remains pretty confident that Prague Fringe will recover.

He said: “I have never had a sense that Prague Fringe was at disadvantage to native Czech festivals.

“Art always comes in when times are difficult. After all, Edinburgh Festival Fringe was established after World War II to bring people back together again.

“I foresee a great autumn for the Czechs who have approached the health crisis with solidarity and respect.”