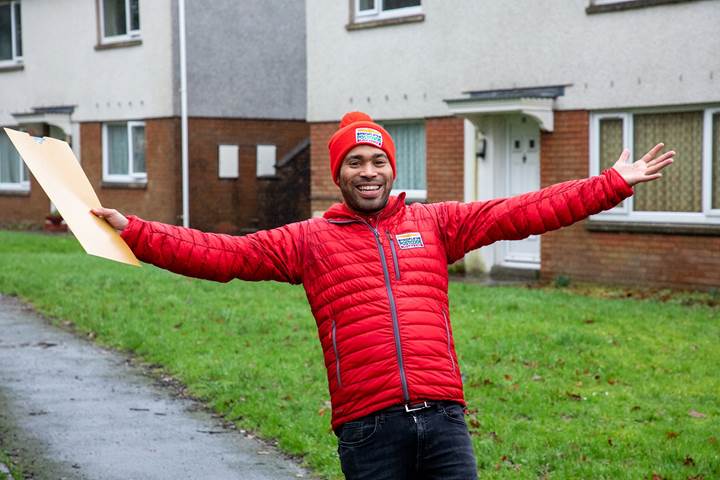 Two people in Edinburgh are celebrating today after winning £1,000 each thanks to their lucky postcode.

The Caiystane Gardens neighbours netted the windfall when EH10 6TB was announced as a Daily Prize winner with People’s Postcode Lottery on Tuesday 26 May 2020.

People’s Postcode Lottery ambassador Danyl Johnson sent his well-wishes to the winners. He said: “Congratulations to our winners! What a great surprise for them, I hope this news has made their day.”

A minimum of 32% of ticket sales goes directly to charities and players of People’s Postcode Lottery have raised over £500 million to date for thousands of good causes in Britain and beyond.

This draw was promoted by Ramblers which has received over £8.8 million in funding from the players of People’s Postcode Lottery. Ramblers is dedicated to looking after the paths and green spaces of Great Britain and works to create happier, healthier communities.

Many good causes close to the winners have also benefitted from players’ support, and local charities can next apply for funding in August.