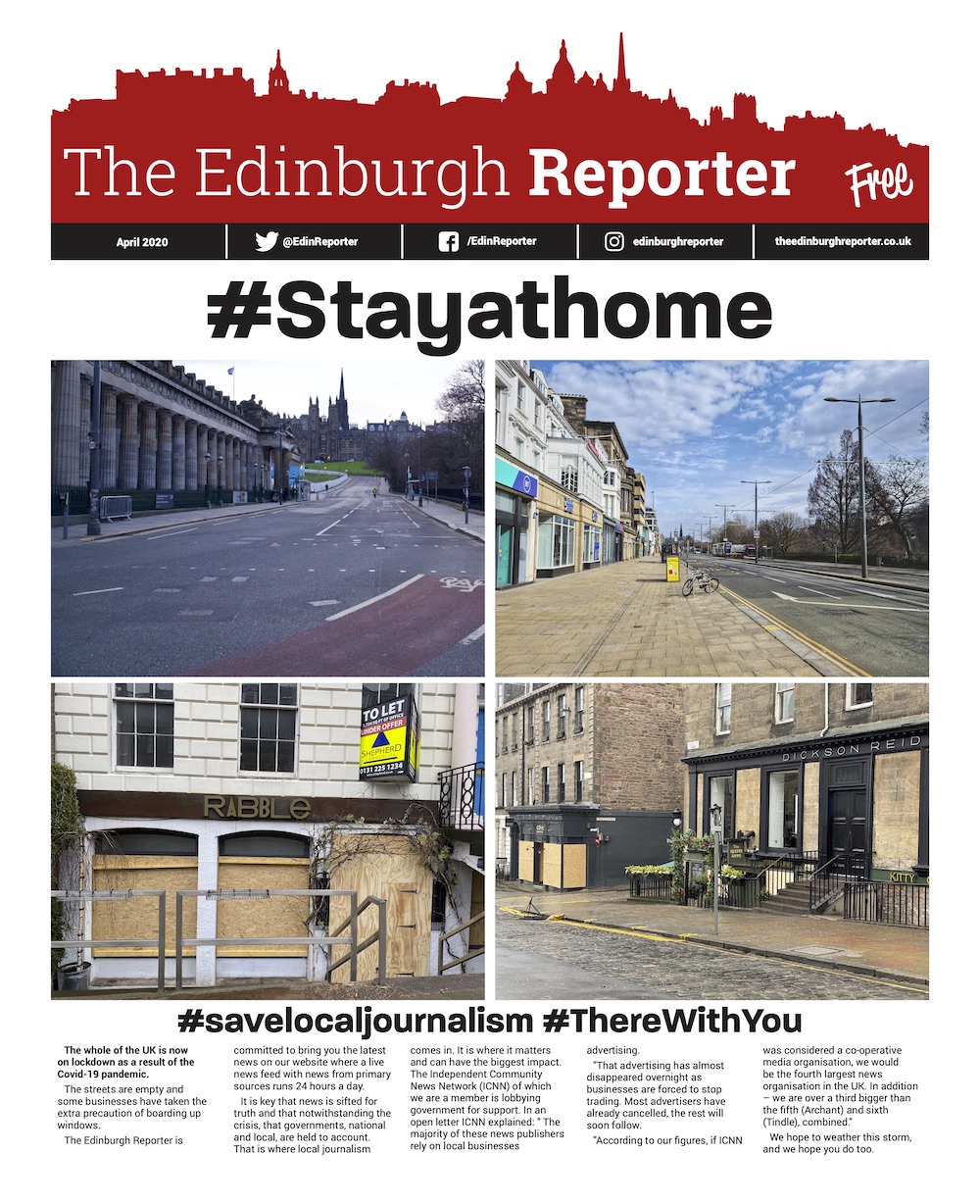 The Scottish Conservatives say that Scotland’s regional media must be supported by both governments to ensure their survival now and after the Covid-19 pandemic.

They assert that the vital role played by the country’s trusted traditional press is clearer than ever as the coronavirus crisis continues.

Shadow finance secretary Donald Cameron has now urged his SNP counterpart Kate Forbes to work with the UK Government to ensure action is taken as quickly as possible.

He said a 100 per cent rates holiday was essential, and that The Scottish Government should direct more advertising in the direction of newspapers.

This coincides with the view of Independent Community News Network (ICNN) (of which we are a member) that independent news outlets require support perhaps from government-funded advertising campaigns. The Welsh government announced funding of £8,500 yesterday for Welsh hyperlocal news outlets.

There the Minister for Economy, Transport and North Wales in the Welsh Assembly, Ken Skates AM, stressed the importance of independent community news publications as being vital in helping overcome the coronavirus.

Mr Skates said: “The hyperlocal journalism sector provides an important local source of public interest news, especially at this difficult time when communities need it most.

“I am aware that the sector is facing unprecedented times and the Covid-19 crisis could have devastating effects on the sector and the provision of independent community news.

“We are absolutely committed to providing the support and assurance of the business community needs.

“I have now approved emergency grant revenue funding of up to £8,500 to support [eligible publications] through the next few months.”

The Scottish Conservatives state that government ministers are spending considerable sums on public health messages, but most of that is spent online and paid to companies who are ultimately based overseas.

Mr Cameron suggested investing in a similar scheme to the Danish government, which has introduced a fund for media organisations during the crisis.

A similar initiative by The Scottish Government could be replicated for around £25 million.

A trusted media loan scheme has also been floated, which established titles could sign up to. As well as providing a vital public service, news publishing supports around 4000 jobs in Scotland.

Scottish Conservative shadow finance secretary Donald Cameron said: “We are seeing throughout the coronavirus crisis just how vital newspapers and broadcast media are.

“They play a crucial role in holding both the Scottish and UK governments to account, and in carrying vitally important public health messages.

“But these are also publications who, in some cases, are a month away from collapse.

“We simply cannot allow this industry to disappear, and the Scottish Government needs to step in and ensure these publications are supported.

“It should be providing support in the form of a rates holiday, and channelling more of its considerable advertising budget in the direction of the local press.

“It would be extremely regrettable if newspapers, having played such a critical role during this health and economic emergency, were allowed to collapse immediately afterwards.

“We know papers have been struggling for years, but this could be a chance to finally boost their resources and ensure they can continue operating for generations to come.”