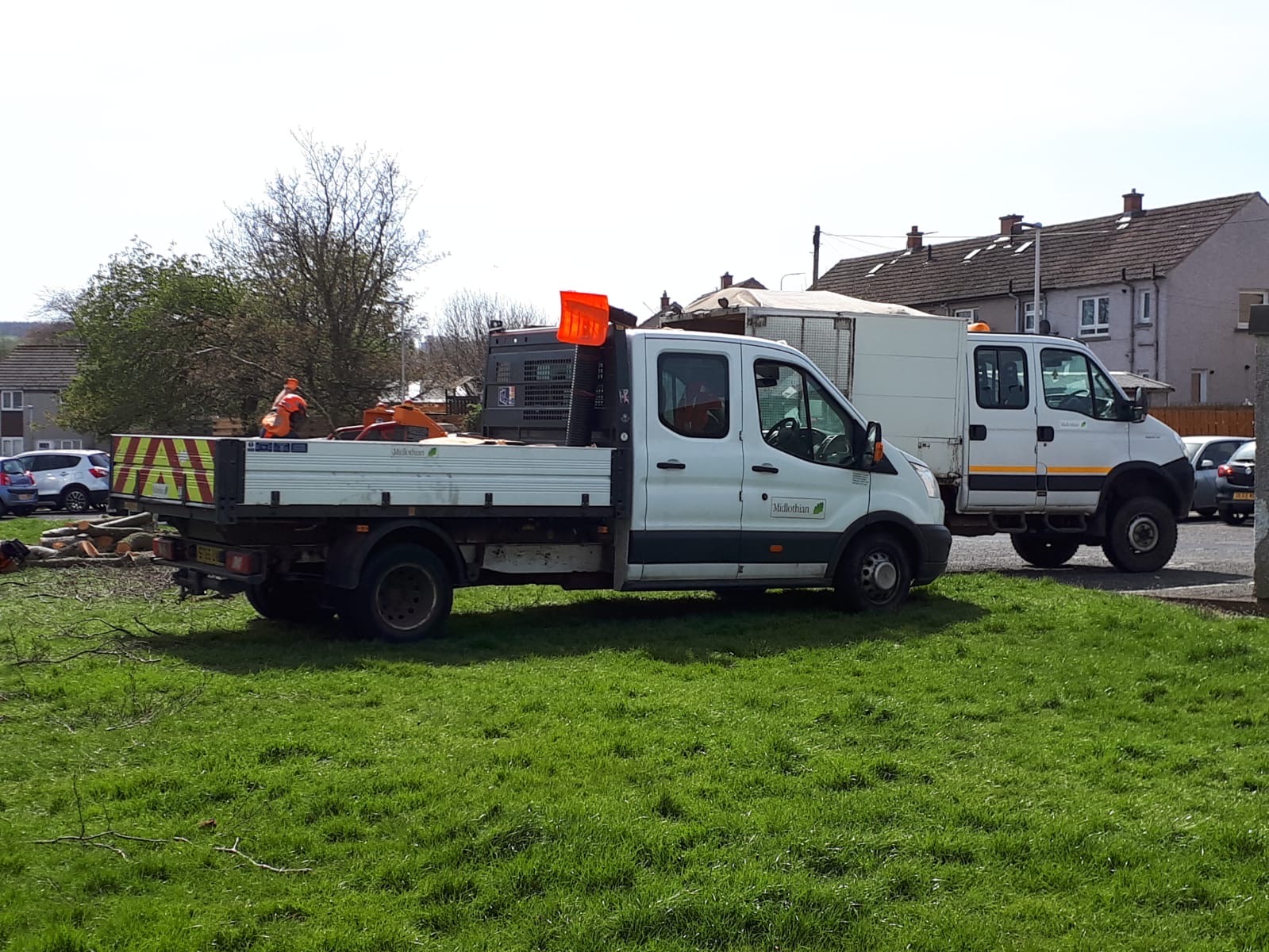 Earlier today we reported on the apparent felling of a 200 year-old tree in Penicuik.

Local resident Keith Allan had alerted us and shared with us his photos and video.

After the council workmen left the site, the tree is now much smaller than it was, and it was not made clear whether the team were coming back tomorrow to clear fell the site.

But in response to our earlier query we have now had a response from Midlothian Council and it appears there may be a stay of execution for now.

A spokesperson for Midlothian Council said: “The tree was deemed unsafe due to fungus observed growing in various parts of the  stem. Given the form of the tree, structural weaknesses would be exacerbated by any internal rot due to fungus.

“The tree is also next to a property and in a well-used open space and therefore, in the interest of public safety, the decision was made to fell the tree leaving a high stump for wildlife.

“The decision  was not taken lightly. A second officer’s opinion was sought and that opinion also deemed the tree was dangerous.

“The tree was due to be removed back in March before the main bird breeding season but due to various reasons,  not least coronavirus, the intervention was undertaken this week.

“A complaint was received from a member of the public about a breeding crow’s nest high up in the tree while the Arboricultural Team were undertaking the works.

“It was confirmed by one of the arborists who climbed high up into the tree that the nest had eggs in it, and the decision was made to make the tree as safe as it can be for the time being. The team has been stood down until works can resume in the autumn once the nest is empty.

“It was always understood by the council that this was a significant local tree and the decision to intervene was therefore not taken lightly.

“In addition to the leaving a high stump which will have well-documented wildlife benefits we will also be planting replacement trees.”

Owen Thompson, MP for Midlothian, said: “It is always sad to see an ancient old tree being chopped down, and it shouldn’t happen at all in the nesting season. I understand the council took this step very reluctantly, but perhaps they should have made residents more aware of the decision given its local importance.
“If it’s safe enough, it looks like the remaining tree may have a stay of execution, while the crows are nesting, which will hopefully allow better communication with residents about their plans. The council have also promised to plant more trees to replace it, which is good news in the longer term.”