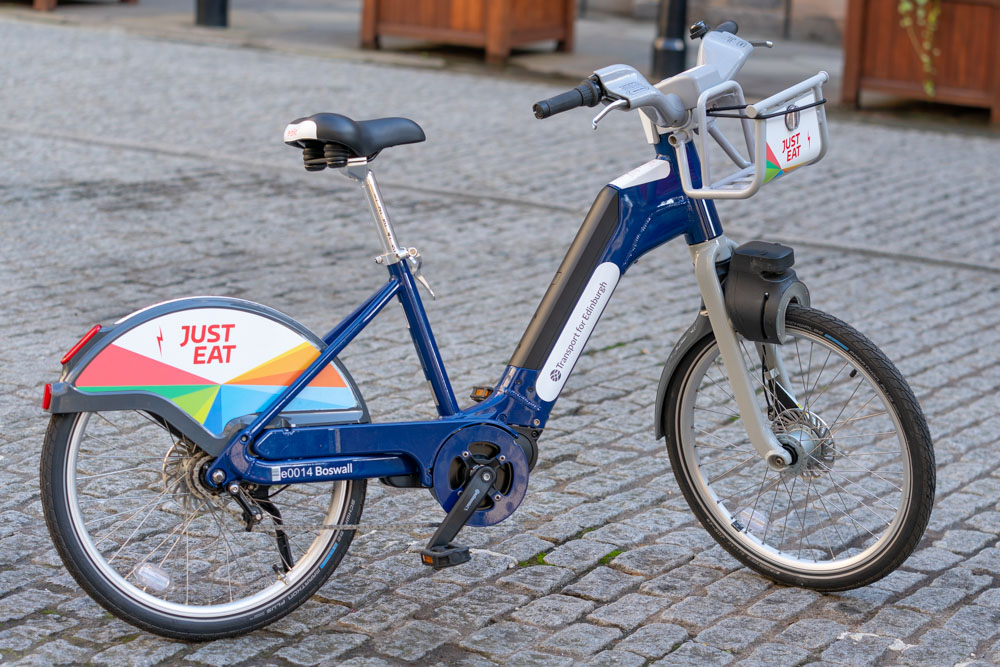 Now you have no excuse whatsoever not to use the Just Eat hire bikes. From today you can find an electrically assisted bike at any one of the almost 100 bike stations across the city.

You will pay a little more but you will find your journey much easier than before!

Today Transport and Environment Convener and Chair of Transport for Edinburgh, Cllr Lesley Macinnes explained how happy she was to launch the ebikes today.

She admitted that she is not the typical bike user, but since taking up her post and getting an e-bike she has used it almost every day for the 10 mile return trip to the City Chambers.

There are 168 new e-bikes phased into the current scheme and they all use the Just Eat Cycles app.

The new e-bikes have a maximum speed of 15 mph making Edinburgh’s hills easier to tackle.

They are available to hire and drop off at the existing 90 hire points which are already home to over 500 pedal bikes.

Made in Britain by Pashley, the e-bikes are similar to the existing pedal models but have a slightly different frame and a new colour scheme.

The rentable e-bikes will be unlockable for £1.50 – the same price as a single journey on the existing pedal bikes – but will come with an additional per minute charge of 10p. Users with an Annual, Uni or 24 hour subscription can unlock e-bikes for no charge other than the 10p per minute tariff.

No additional per minute charge for the first hour of e-bike hire starting on 2 March and ending after 16 March.

There has been an investment by Energy Saving Trust who have provided TfE with funding for 68 e-bikes. They run a grant scheme which TfE accessed, but which is also available to anyone wanting to buy an e-bike or an electric cargo bike.

There are now 168 electric bikes out there for you to hire in Edinburgh @cyclehire_edi and the power wil help you coast effortlessly up the hills. This is from the launch this morning – do let us know what you think when you try them out! They can go for 50 miles on one charge.. pic.twitter.com/WvFa5oGxOi

Row over road works in Edinburgh 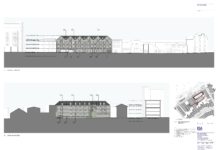 Council encourages you to shop local this Christmas #shopherethisyear 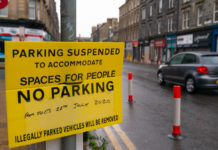 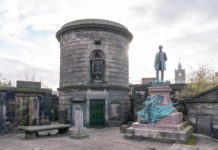 Hours long meeting – nothing much decided