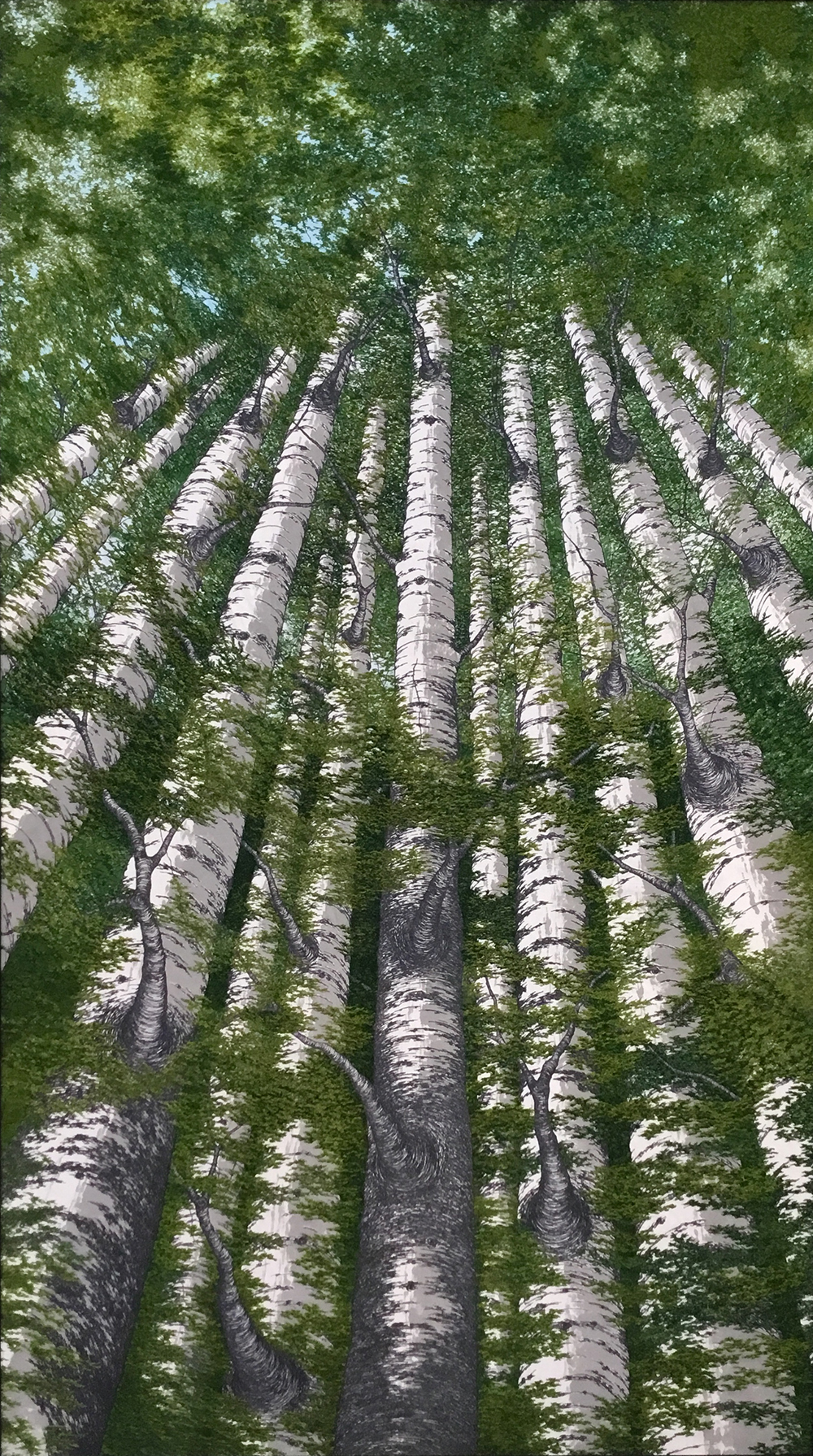 One of the art galleries on Dundas Street is marking its third birthday by celebrating its iconic tree.

‘Birches’ is a group exhibition dedicated to these beautiful, unique trees, showcasing work in a wide variety of media.

The Birch Tree Gallery on Dundas Street is celebrating its three year anniversary. Remaining true to its original idea of exhibiting fine crafts along with original prints and paintings, the gallery has always had a variety of media on display, typically in duo exhibitions, featuring one
artist on the wall and another on the plinths.  In the last three years exhibitions have included
glass, ceramics, textile, woodwork, stone carving, basketry, paper and art books.

Early on, visitors to the gallery asked if it would be exhibiting paintings of birch trees, but the founder and owner of the gallery, Jurgita Galbraith, wanted to ensure that the gallery’s horizons were not limited by its name. An exhibition of birches at that point would have been just a bit too obvious.

It was important that the Birch Tree Gallery should grow its roots in a multi-layered soil, and establish its identity with a focus on fine crafts and works on paper, as well as develop a nurturing relationship with artists and makers.

There is also a personal reason for the choice of name. Jurgita was born and raised in
Lithuania and after a few decades of globe-trotting, established her home in Scotland.

Two birch species – Silver birch (Betula pendula) and Downy birch (Betula pubescens) are native in both Scotland and Lithuania and it was this subtle connection between the two countries, her two homes, that she was drawn to. And so The Birch Tree Gallery was born.

Three years later, it feels like the appropriate moment to ask the artists who
have already exhibited with the gallery, or who will appear in the future
shows, to participate in an exhibition devoted to the birch tree.  The featured artist – Kenris MacLeod – creates her work using the medium of free motions machine embroidery. Using the sewing machine needle as a pencil or brush, she draws and paints with thread, freehand, depicting the shapes and textures of the natural world – focusing on trees, and often birches, as her subject matter.

‘Birches’ is a retrospective of the last three years and brings together artists working in a
wide variety of media. Tim Palmer, a basketmaker from Inverness, will show baskets and sculptural works of birch tree bark and twigs.

Ceramicists Michele Bianco, Nicky Bolland, Lorna Fraser and Carol Sinclair use a variety of
techniques – carving, sgraffito, coloured slip and decal, and glazing – to capture the shape and movement of trunks and leaves. Anna S. King will display a small tapestry and an artist’s book, while Stevi Benson – a paper artist from Cairngorms, has made a hand-cut birch tree leaf.

And last, but not least, are collages by Janine Baldwin and original drawings in watercolour by Pamela Grace.

The bark of the birch tree is its most recognisable feature.

The stripy bark is not visible on the young tree – it develops only when the tree matures. In a similar way, the artists in this show have developed their techniques over many years. Now they join forces to contribute work for this exhibition, a wonderful gift for the gallery’s third year anniversary.