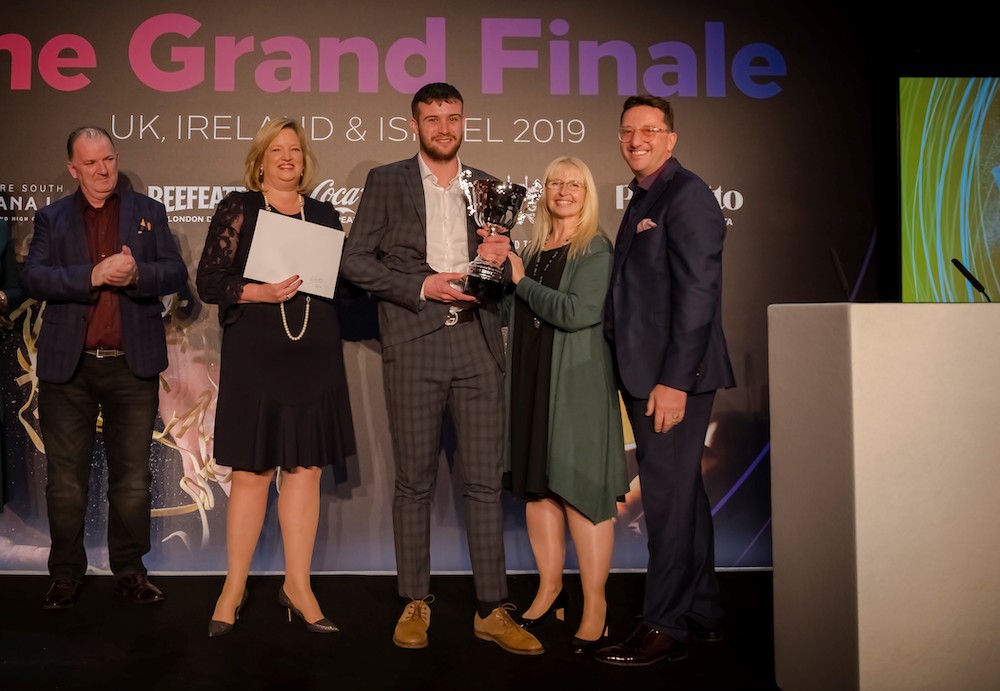 Flavour & Flair brings together chefs from Hilton hotels across the UK, Ireland and Israel to test their skills and display their talent in a fun and creative way.

In the grand finale, four finalists put their skills to the test in a challenge which saw them create a dish in less than two hours, using mystery ingredients that were revealed only minutes before. Jake was praised for his ability to utilise even the most surprising mystery ingredient which was tea.

Jake who is originally from London, began his career in the kitchen washing dishes at a local pub when he was 16 years-old. Since then he has progressed to working as Junior Sous Chef at the fine dining restaurant The Pompadour and has lived in Edinburgh for three years.

Jake said : “Working at Waldorf Astoria Edinburgh – The Caledonian allows me to challenge myself every day and learn more about my trade. Being a chef offers endless opportunities to be creative and experiment with new ingredients to develop exciting flavour combinations. My head chef at The Pompadour, Dan Ashmore, is my greatest inspiration in the industry, as he is always pushing me to better myself and to try new things.”

Anthony Worrall, Senior Regional Director F&B UK, Ireland & Israel, said: “Flavour & Flair is all about uncovering the next generation of culinary masters and innovators – the individuals who showcase immense creativity, flair and passion in the kitchen to deliver amazing experiences to our guests. Jake impressed the judges with his aptitude for flavour and ability to think on his feet to develop an incredible taste experience using unexpected ingredients.”