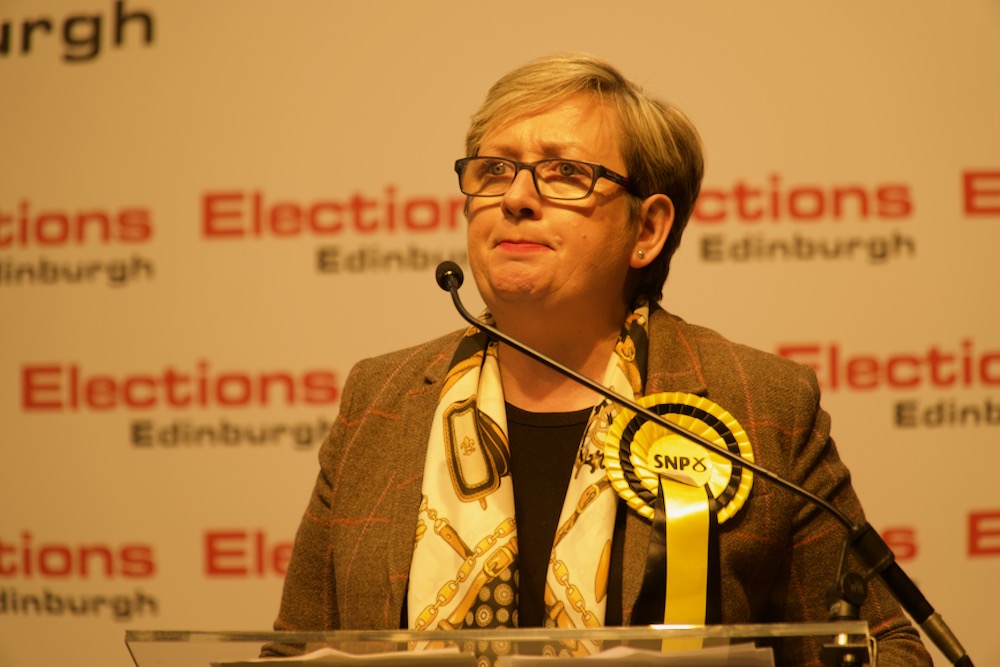 Joanna Cherry QC has been both vocal and high profile during Brexit so far. She has been at the forefront of several court actions in the Court of Session and the Supreme Court in London, trying every way possible to stop it from happening.

Ms Cherry improved her majority in 2019 and was returned with a margin of 11,982 votes.

The votes cast in Edinburgh South West were as follows :

Here is what Ms Cherry said in her acceptance speech at Ingliston last night. She said : “Thank you Presiding Officer I would like to start by thanking you and your staff who’ve worked so hard throughout the day and tonight. And I’d also like to thank the police for whose assistance I have been particulary grateful for during this campaign.

“I’ve had an outstanding campaign team I cannot thank them enough. There’s too many of them to name. But I particularly want to thank my election agent Fraser Thompson, and my campaign manager Sarah Thompson.

“Never  before has the Scottish National Party in Edinburgh South West had so many volunteers, or knocked so many doors, and I’m truly humbled by the trust that my team has put in me.

“Democracy and in particular free speech, are values which we should all cherish, and I know that my fellow candidates share my cherishing of free speech and democracy.

“The biggest cheers that any of us received at the hustings during this campaign is when we called out Boris Johnson for what he is : A stranger to the truth. An avoider of scrutiny and a huckster who would sell our NHS to the highest bidder.

“Sadly, I really mean this sadly for my English friends and particularly for my English comrades Sadly, it seems that the result south of the border is rather different. And what this means is that Scotland now has to decide whether it’s time for us to embark on a different journey from the rest of the United Kingdom.

“It’s time for Scotland to choose its own future. is the time for a second independence referendum.”