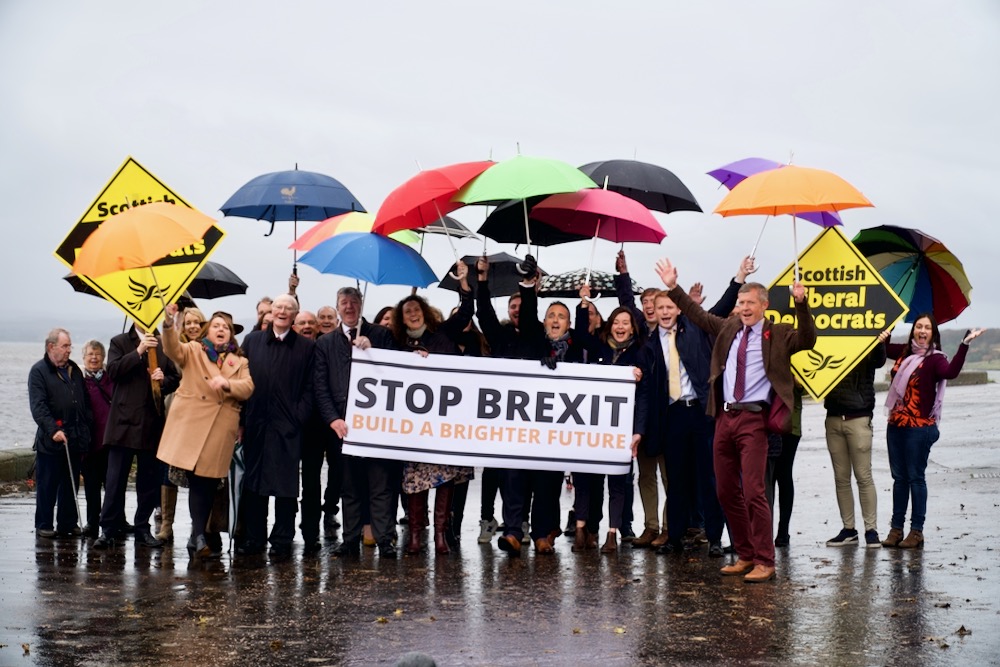 Scottish Liberal Democrat leader Willie Rennie joined activists and candidates in Cramond, again launching the party’s general election campaign, in which the party will focus on stopping Brexit and building a brighter future.

This is one of a series of photo calls involving Mr Rennie and the Liberal Democrats this week.

He was also supporting Edinburgh West candidate Christine Jardine who has been elected as MP in the past two elections.

Willie Rennie said: “This election our ambition is sky high. We can stop Brexit and build a brighter future for Scotland in the United Kingdom.

“We need to cancel Brexit and invest in our public services to ensure that everyone has the opportunity to achieve their potential.

“Jo Swinson presents a fresh, new choice for the future in stark contrast with Jeremy Corbyn and Boris Johnson who represent the divisive past.

“Over the next five weeks we will be unveiling exciting plans to tackle the climate emergency, fund new mental health staff across the country and build a brighter future for our communities.”