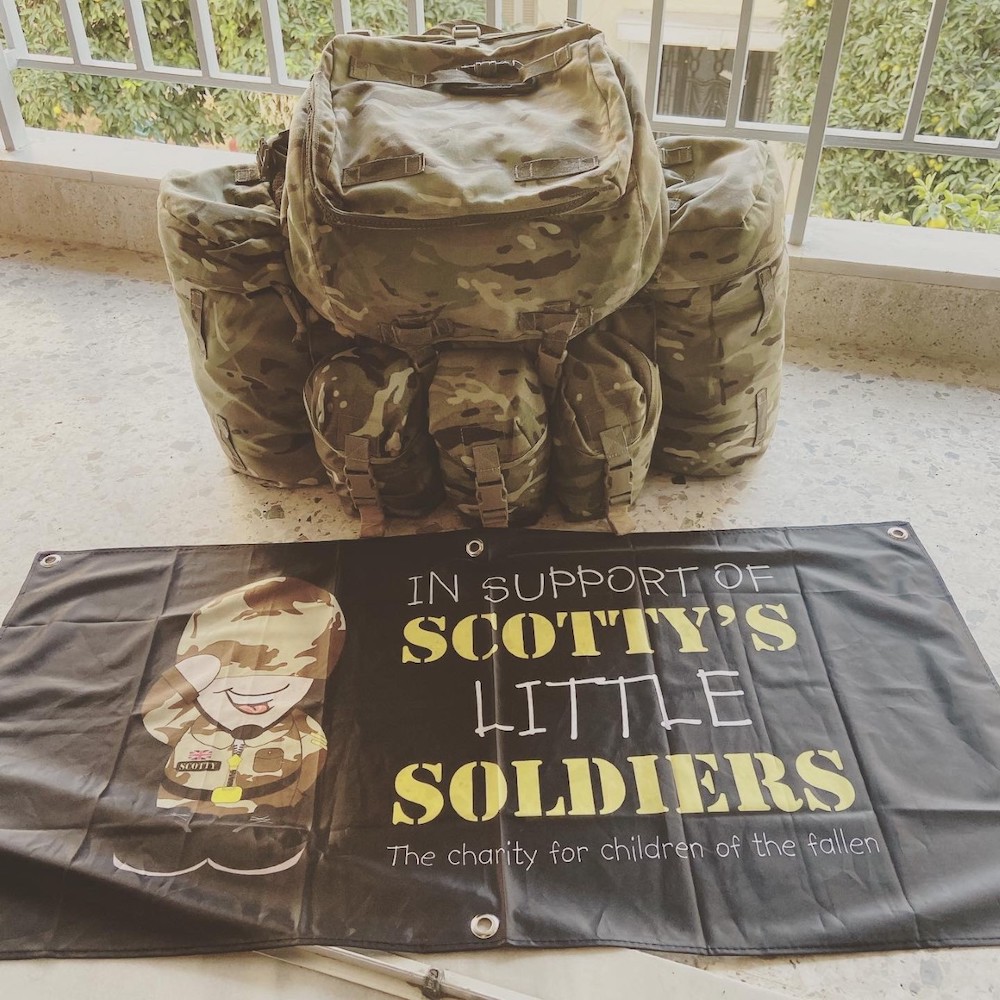 Lance Corporal Ruaidhri Bird has raised over £1,000 for the bereaved Armed Forces children of Scotty’s Little Soldiers this month, completing the Athens Marathon in 5hr 39min.

The 28-year-old Royal Engineer from Edinburgh carried a 20kg rucksack and was determined to raise money for a cause which both he and his regiment hold dear.

Founded by war widow Nikki Scott, Scotty’s Little Soldiers is a charity which provides support to children across the UK who have lost a parent who served in the British Armed Forces.

The charity was set up in memory of Nikki’s husband and father to her two children, Corporal Lee Scott, after he was killed in Afghanistan in 2009.

Ruaidhri said: “Scotty’s is a special charity and it’s hard for some people to fully understand the positive impact it has on young children.”

Scotty’s Little Soldiers currently supports 397 bereaved Forces children across the UK, offering integral support when they need it the most.

Nikki Scott said: “Without regular fundraisers we simply would not be able to continue to support our members in the way that we do.”

To donate to Ruaidhri’s Just Giving page, visit: https://www.justgiving.com/fundraising/Birdy-51
and to learn more about how to help Scotty’s Little Soldiers visit: http://scottyslittlesoldiers.co.uk/