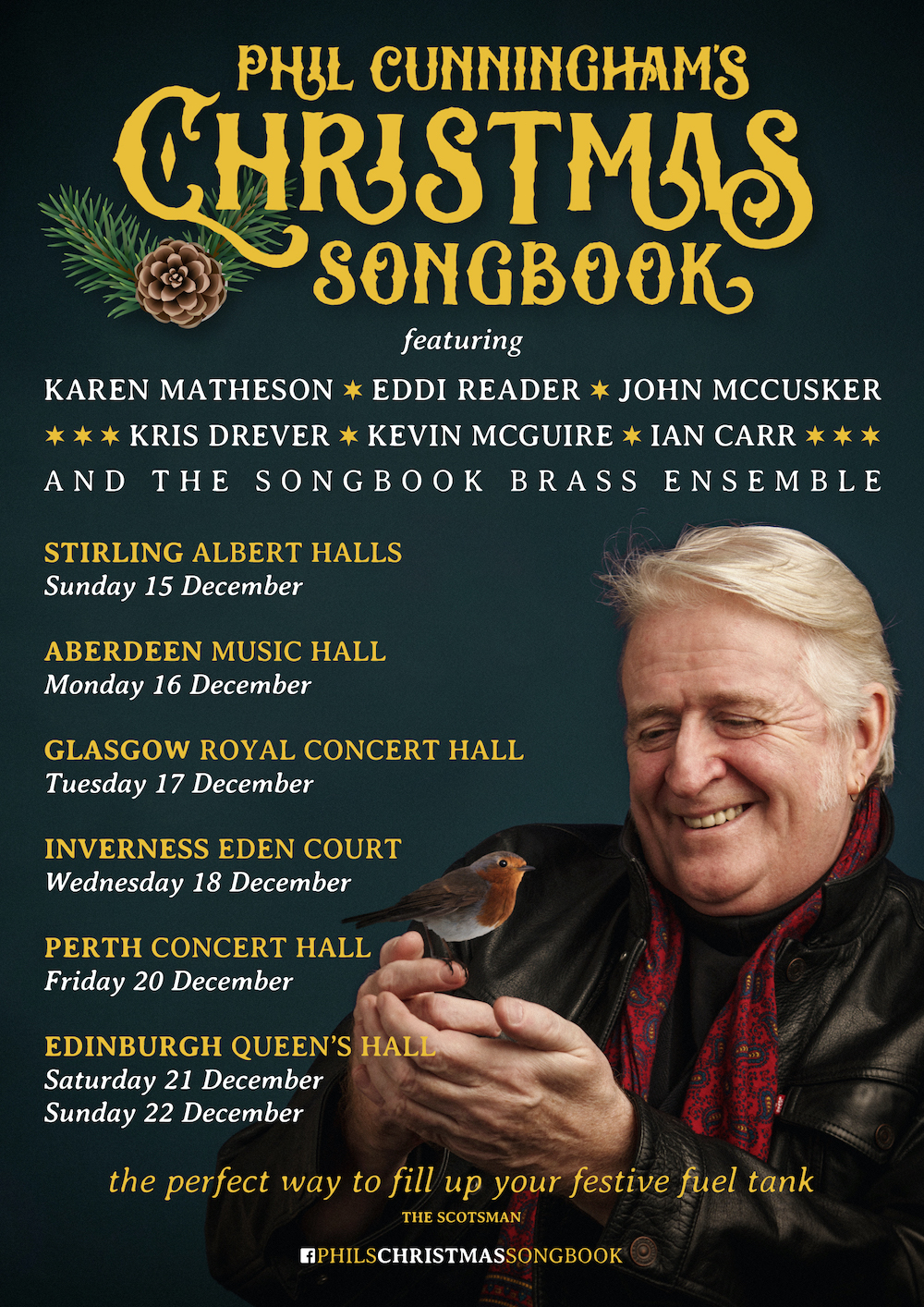 Phil Cunningham’s Christmas Songbook is back this December at the Queen’s Hall.

The show has been a great success over the last 13 years, and Phil appears on Saturday 21 and Sunday 22 December – bringing warm and moving musical moments to get you into the festive spirit.

Expect jovial anecdotes, modern and traditional Christmas music and exquisite musicianship that tug at your heartstrings.

Phil will be joined by some of the best musicians on the Scottish folk scene including Eddi Reader, Karen Matheson, John McCusker, Kris Drever, Ian Carr and Kevin McGuire, along with a special guest brass band.

Phil said: “It’s been fantastic to see the Christmas Songbook grow over the last 13 years and become a much-loved part of people’s festivities and I can’t wait to bring it back to Edinburgh again this December.

“For anyone looking to brighten up a dark winter’s night and get a bit of festive cheer, this is the show for you. Yet again I’ll be joined by some old pals who know all too well how to get an audience tapping their feet and up dancing. We look forward to making it a memorable night for everyone.”

A superb innovative instrumentalist, Phil Cunningham not only has the fastest fingers in the West but some of the most sensitive ones, too. He is fondly remembered from his days with Silly Wizard and Relativity and as witty musical partner of the great Shetland fiddler, Aly Bain.

Also widely recognised from his television and radio presenting, Phil has been involved in some of the seminal programmes that have enabled Scottish music to walk tall, a true ambassador for traditional music. Phil’s breezy banter can have a 2000-seat hall falling about in the aisles.

He often keeps high company and no less is true for this year’s special Christmas gathering. A powerful mix of lead vocalists include the inimitable Eddi Reader, who has celebrated a career spanning over three decades and has effortlessly developed into one of popular music’s most thrilling and affecting performers.

With an MBE for outstanding contributions to the arts, 3 BRIT awards, a number one single and eight critically-acclaimed solo albums, Eddi is considered a national treasure. Karen Matheson OBE, is recognised the world over as the haunting lead vocalist of Celtic supergroup, Capercaillie.

The Orcadian singer and guitarist Kris Drever who was BBC Radio 2 Folk Singer of the Year 2017, is part of the backbone of today’s contemporary roots scene and is widely admired as a solo artist, collaborator, and member of folk superstars, Lau.

Also joining Phil are multi-instrumentalist, John McCusker, one of Scotland’s most accomplished and versatile musicians in any genre who has worked with artists as diverse as Mark Knopfler, Paul Weller and Patti Smith, Teenage Fanclub and Billy Connolly, Ian Carr, who is known for his original and eclectic approach to traditional music guitar and has established an instantly recognisable sound that has influenced countless musicians and Kevin McGuire who is a highly sought after double bassist who has performed with the likes of Karine Polwart and Kate Rusby. Make sure to oil your vocal chords and bring the family!