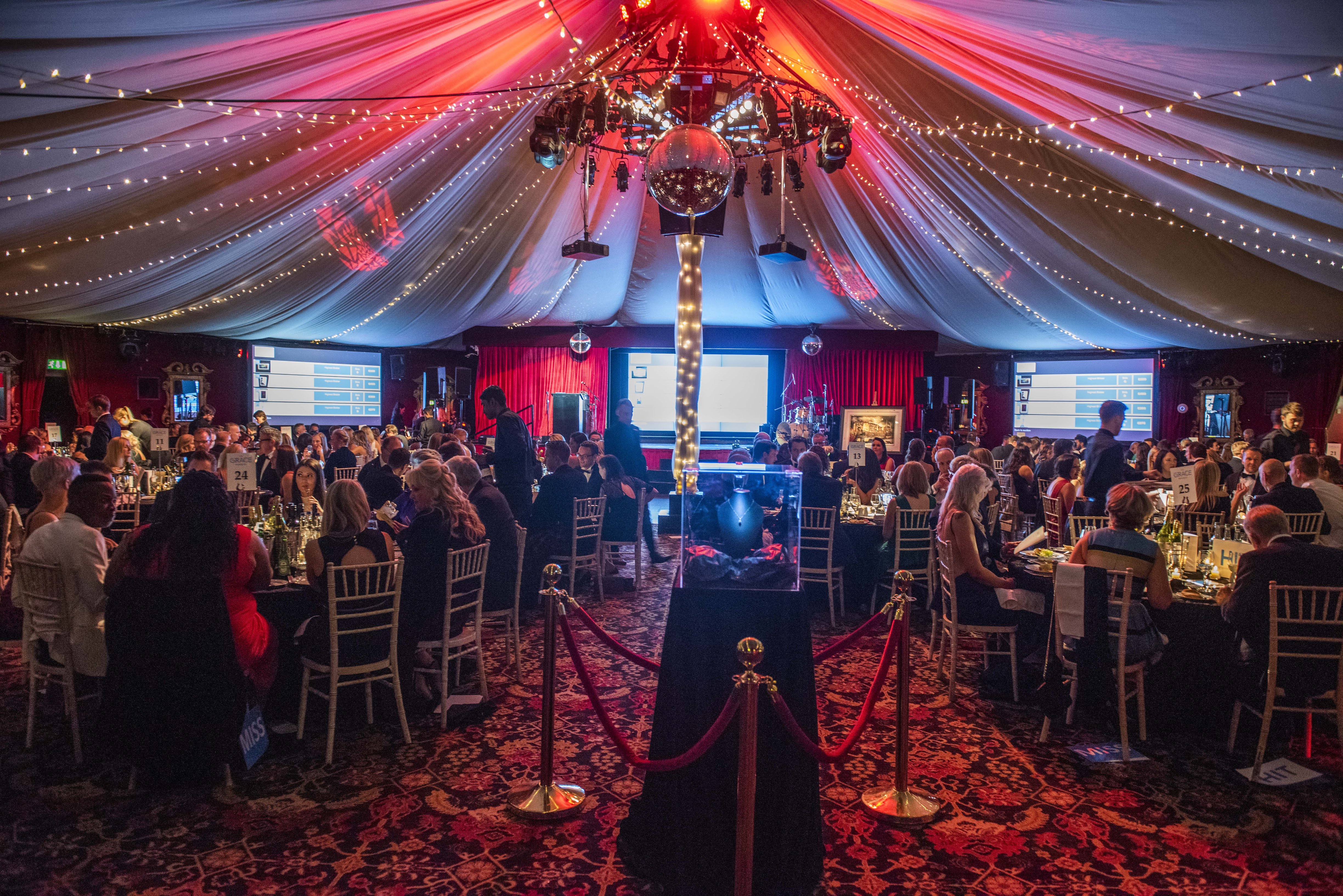 The firm hosted its fifth annual ‘GRACE Banquet’ black tie
event at Prestonfield House, choosing this year to channel the glitz and glamour of the smash-hit musical to raise funds for both Edinburgh and Glasgow Children’s Hospital Charities.

Generous guests from throughout Scotland’s business community
went head to head at a highly-competitive silent auction, where a wealth of exquisite donated gifts and experiences helped raise over £62,000 on the night – taking the total raised across five years to the £300,000 mark for children’s charities in Scotland.

Glen Gilson, Managing Partner of the firm said: “I’m always left taken aback by the sheer generosity and good spirit on show at the GRACE Banquet.

“It’s a chance to remind ourselves of a special shared spirit within Scotland’s business community, with the miraculous work of our two chosen charities a clear catalyst for that.”

Guests on the evening were treated to show-stopping entertainment, including performances of The Greatest Showman hits, while acrobats, singers, dancers, and a fantastic Mirror Man left guests in awe.

The night continued with circus themed performances from
stilt walkers and hula dancers, along with a host of fundraising games.

A ‘Crack the Safe’ fundraiser had guests buying rings with a codes attached, one of which unlocked a spectacular Diamond and Sapphire necklace worth £1,100, generously donated by Laings jewellers.

The auction then took centre stage and delighted guests with a host of spectacular prizes. One of the highest auctions bids went to a print named ‘The North Shall Rise Again’ by JJ Adams, tipped to be the new Andy Warhol, which was donated by Robertson Fine Art.

Other prizes on the evening included a private tasting with
world-renowned whisky expert Charlie McLean, as well as a fourball at Trump International, a meal at Rustico and an overnight stay in the Ferryhill Hotel.

There was also a ‘Ultimate Girls Day Out’ prize; a glamorous package for four people comprising of hair styling at Charlie Miller and make-up by Glam Candy followed by dinner at Grazing by Mark Greenaway.

Gilson Gray has been working with various children’s
charities since launch, with the money it raises going towards funding a range of items and activities to improve the lives of children going through hospital treatment or challenging times.

The support of such charities ties in with the firms’ values which place people at the heart of all it does to provide a caring and
enthusiastic service which focuses on individuals and their goals.

Roslyn Neely, CEO of Edinburgh Children’s Hospital Charity, said: “We would like to say an enormous thank you to Gilson Gray for choosing to support us with the GRACE Banquet for the fifth year running. This is an incredible event and we are absolutely thrilled
with how much has been raised in total.

“Thanks to everyone’s generosity, we are able to continue with our vital work of supporting children, young people and their
families to have a positive hospital experience.”

“To come together and raise such a large sum is a fantastic achievement and we are delighted to be chosen as one of the
charities to benefit from Gilson Gray’s support. The money raised will go towards funding enhanced equipment and services to ensure that young patients and their families at Glasgow’s Royal Hospital for Children receive the extra special care they deserve.”