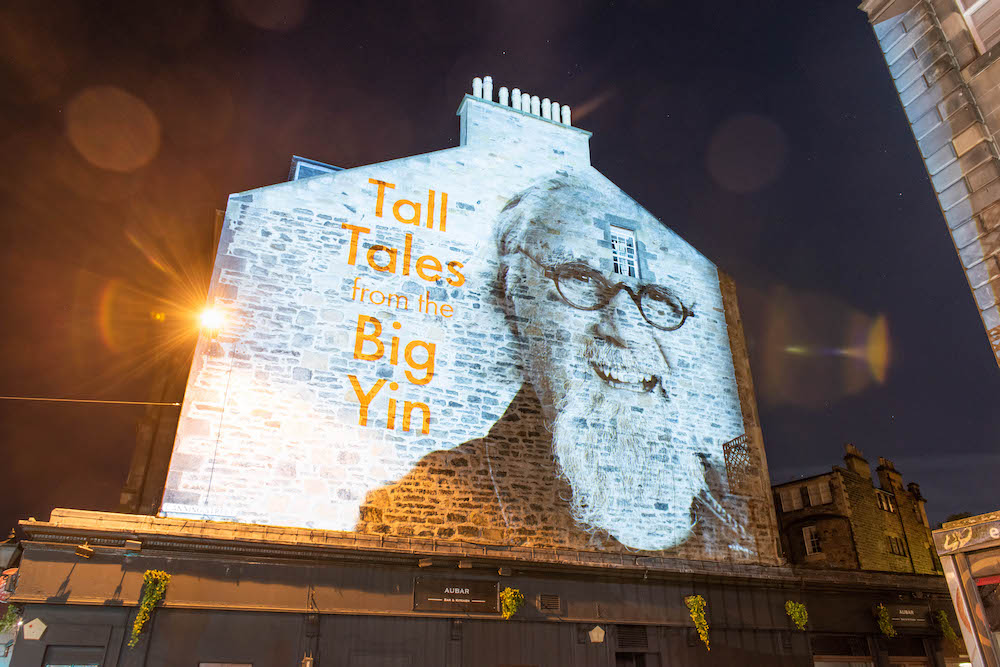 There were also projections in Glasgow where BBC Scotland’s building and Glasgow City Chambers were used. In Edinburgh there were projections of the Big Yin on The Royal Mile, and Edinburgh’s McEwan Hall.

Connolly was interviewed by the BBC’s Will Gompertz on the 6 and 10 o’clock news last Friday when he discussed his glittering career, the future of comedy, his Parkinson’s disease, as well as touching on the topic of Scottish Independence saying “If Scotland would like it, I would like it.” – a line which was quoted by Scottish First Minister Nicola Sturgeon as she opened the SNP’s party conference last week.

The campaign for Tall Tales and Wee Stories will also include billboards across Glasgow Central station and themed POS for all Scottish retailers including as standees of his infamous Banana Boots created for him by John Byrne as well as signed copies for all retailers.

Ali Findlay, founder and managing director of The Lane which supported the launch, commented: “When we heard about the opportunity to support The Big Yin with the launch of ‘Tall Tales and Wee Stories’, we knew we had to get involved. We’re all thrilled to have teamed up with the brilliant people at Double Take Projections to support this celebration of his legendary talent and creativity.”