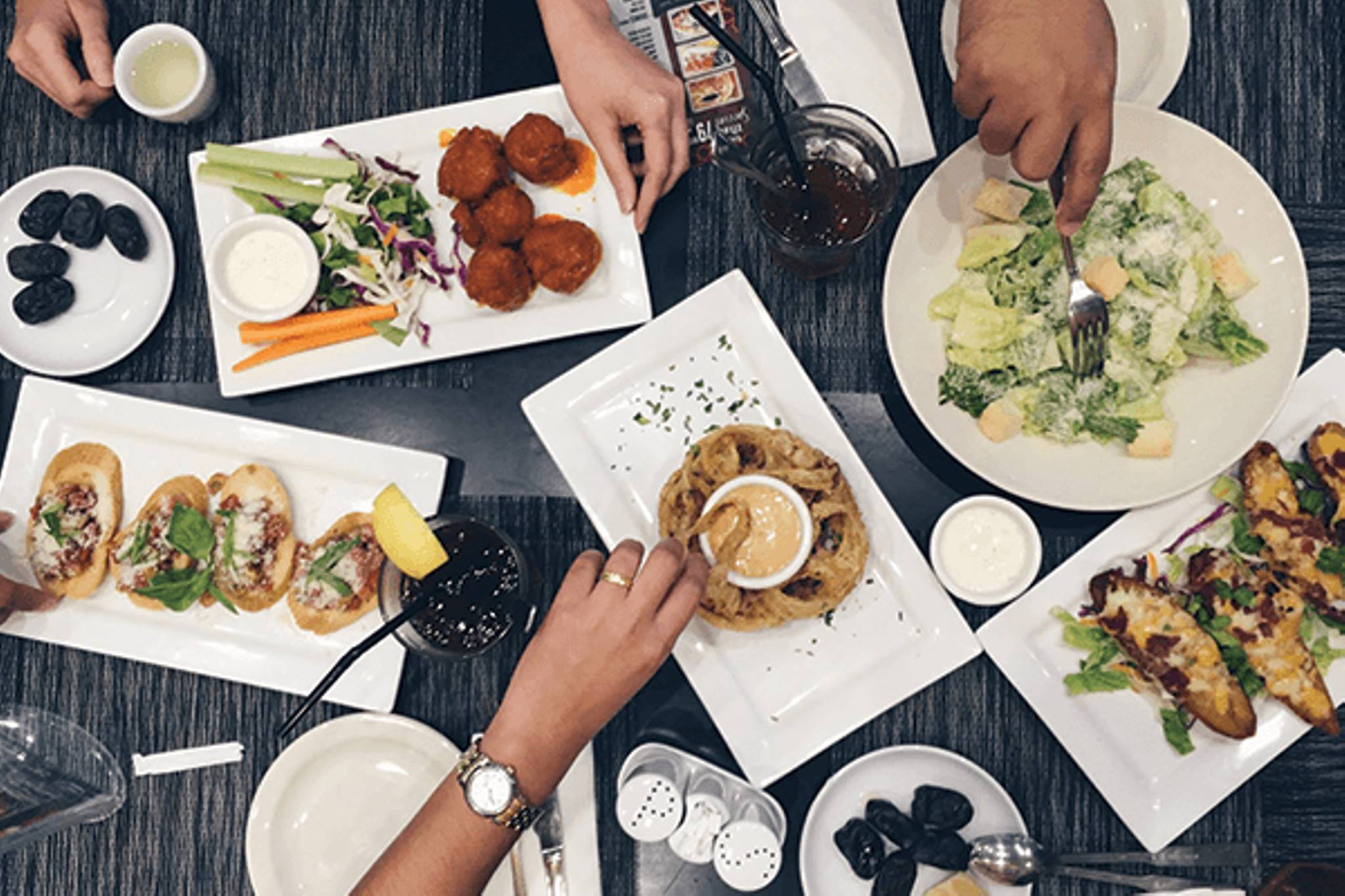 Pamela Gregory became a Samos Volunteer in September 2017. She was 71 then, and she’s still volunteering now.

‘We stand for human dignity. We stand with refugees.’

In autumn 2018 Gica Loening decided to spend Christmas volunteering in the Samos refugee camp. Of the many friends she made during her time there, she formed a special bond with Pam, ‘the elder of the group’.

At the 2019 Portobello Book Festival, Pam and Gica talked about Displaced Dishes, a book of recipes – and of personal stories – shared by the people who live and wait in the camp, and in the so-called Jungle outside. They also spoke about their own experiences on Samos – and served up some fabulous food.

The island of Samos is less than two kilometres away from Turkey. Refugees from many Middle Eastern and African countries, fleeing war, persecution and violence, are shipped across the Mycale Strait by unscrupulous, money-grabbing smugglers every night. The beach is strewn with empty dinghies, old tyres and rubber rings. Some people are living there, under tarpaulins.

In 2016, following a controversial refugee deal between the EU and Turkey, the Vathy camp was set up to accommodate people waiting for their asylum applications to be processed. The camp (which is officially run by the Greek army) was to house 650 people, each of whom should not have to stay there for more than 3 months.

In October 2019 there were over 6,000 people in and around the camp, many of whom had been there for years. In the first week of this month 711 people arrived on Samos – 600 more than in the same week in 2018. Numbers continue to soar, but there is little infrastructure to provide even basic facilities and care for these displaced people. Samos Volunteers is a group of people who have come together to try to help the victims caught up in this human tragedy.

Samos Volunteers began by distributing essential items to the camp residents, but as more NGOs have arrived on the island (there are now ten) they have started to move away from this.

Instead they are addressing problems of isolation, boredom and mental health issues by offering informal educational activities and the opportunity for residents to play an active role in helping their fellow refugees. The Alpha Centre, which Samos Volunteers have built a short way from the camp, is a safe, clean and welcoming place for people to meet.

There they can take classes in languages, sewing, fitness, relaxation and computer skills, and enjoy activities such as music, singing, art, and even breakdancing. Many refugees see the centre as their second home.

More recently, Samos Volunteers have also helped the Mazi Youth Centre and the Berlin Refugee Law Clinic to establish themselves on the island; the law clinic gives refugees vital advice and counselling on the asylum process, and also supports family reunification cases.

Twice a day, volunteers also go up the hill to the camp itself, to play and sing songs with the younger children. Gica fondly recalls standing in the middle of the camp, just starting to sing. More and more children joined her.

‘She was like the Pied Piper,’ said Pam. The volunteers have now also built a laundry – before this the residents had nowhere to wash their clothes on an island where water is often in very short supply. (Summer temperatures are often over 37C, but in winter they drop to freezing, with frequent storms and snow.)

Now six washing machines are running 24 hours a day, with laundry tickets handed out on a strict rota basis, so that each family can do a wash every two months – yes months.

‘I’m surprised no-one has died there.’

Sanitation in the camp – and especially in the Jungle – is very poor. Disease is rife. There is just one state-funded doctor to cover the entire island – Samos has 8,000 of its own residents, the camp adds 6,000 more. There is also a private doctor, but few locals or refugees can afford to pay for care.

Many locals feel huge frustration with the authorities’ failure to manage the crisis – and some (but not all) also feel a great deal of antipathy towards the refugees themselves. The media, they say, has fuelled the idea that the island is overrun, when in fact many parts of it remain as idyllic as they were a decade ago. The tourist industry has suffered, although some migrants have found work in local bars and shops. Everyone, locals and refugees alike, feels abandoned and forgotten.

Every resident of the camp wants to move on to Athens, where they can be granted asylum and make an application to live in the country of their choice. The countries they choose are often the very ones that colonised their homelands in past centuries.

But there is only one court house on Samos. Its opening hours are 10.00am-12noon, just as they were before the refugees arrived. Delays are many on this sleepy Greek island, where the only interpreter is the local baker.

Unaccompanied children (70% of the children under 12 are alone, many are traumatised) are quite rightly prioritised, but young single men in particular often end up waiting two years for their permission to board the ferry to Athens.  While on Samos, they often can’t work or continue their studies (many were students) and there is much tension in the camp.

‘People are on a knife edge.’

The Alpha Centre has encouraged people to become Community Volunteers, who work alongside Samos Volunteers to deliver classes and activities. Many are very keen to be involved and being able to use their skills gives their days structure and meaning.

Pam herself teaches languages and cooking. She learned that many of the women prefer single-sex classes, so Saturdays have now become women-only days, offering music, dance, massage and make-up sessions at which everyone can let their hair down and have fun.

As many of the women have had no formal education, and cannot speak English or French, Pam initially found communication difficult – then she realised that food could provide common ground. She asked people to think about favourite dishes from childhood. The women brought her recipes – and before long the men were bringing them too.

She decided to write a fundraiser cookbook – but Displaced Dishes is more than a collection of wonderful recipes from Iran, Burundi, Syria, Iraq, Algeria, Kuwait, Greece, Palestine, Afghanistan, Djibouti, Kurdistan and Egypt – it has also given the contributors the chance to tell their own, sometimes very painful, stories, and to share their memories of home.

Some of the recipes needed ‘translation’ – women, especially those who had lived rurally, learned the recipes from their own mothers. They were never written down. Many dishes have numerous versions, and before long people were arguing about whose mother had made the best one – ‘it gets people talking’ Pam says.

One man even called his mother to check the ingredients for his favourite dinner. Pam did have to make a few alterations to create recipes accessible to the rest of us, but on the whole they appear as they were given to her. From salads to cakes and flatbreads to falafel, the thirty recipes Pam has chosen show the joy and love the contributors feel for their homes.

Everyone involved in the production of the book gave their time and talents for nothing, and 100% of the profits will go to Samos Volunteers.

With more refugees arriving every night, Samos Volunteers are desperate for more helpers. The organisation welcomes applications from everyone who is prepared to muck in. Volunteers do have to fund themselves, but as Gica explains, Samos is a poor island in a poor country where accommodation and food are cheap (and younger volunteers often stay in cheaper ‘community houses’). Samos Town is pretty, with many good tavernas and cafes, and volunteers generally have a good time.

‘As a volunteer, you are out of your comfort zone. Samos is full of harsh reality, but the joys there are wonderful.’

Gica estimates that her trip cost about £1,500-£2,000. Pam’s village, Ardfern, raised the money for hers. You do not need to have any special skills – Pam had never taught English before – but you must be open-minded, flexible and willing to work very hard in sometimes difficult conditions. You must also be fit and well. Gap year students are welcome. The absolute minimum stay is currently 4 weeks, although the longer you can stay, the more use you will be. Training and support are provided. If you would like to know more about volunteering, visit Samos Volunteers’ website here.

‘THE WORK IS VERY GRATIFYING, NOTHING IS TAKEN FOR GRANTED. SOMETIMES IT FEELS LIKE A DROP IN THE OCEAN, BUT IT MATTERS.’

If you happen to be a qualified immigration lawyer, the hugely overloaded Samos Law Centre will welcome you with open arms.

And if you are not in a position to volunteer, Pam and Gica encourage you to raise both funds and awareness. There’s a fundraising pack on the website, and you could start by buying Displaced Dishes – as Pam says, it makes a great Christmas present.

Displaced Dishes costs £12 and can be ordered here.

‘We are volunteers. We work with kindness, heart, and dedication. We stand with refugees’ 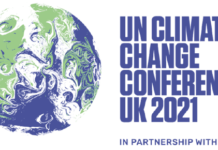