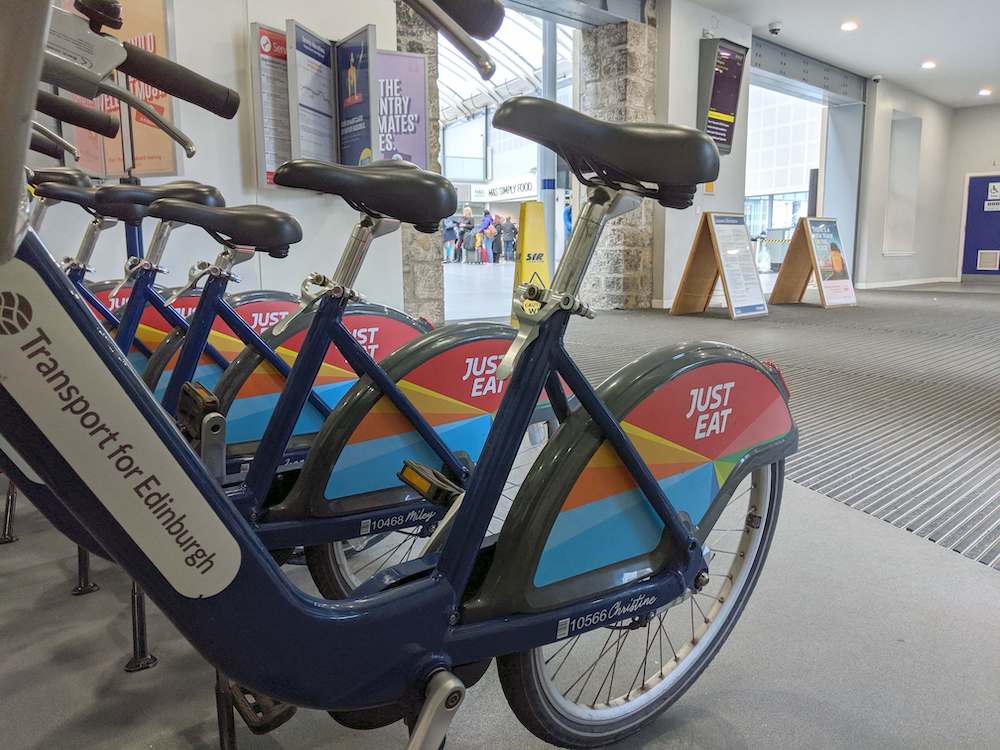 It replaces a bike hire service previously offered by the Bike & Go scheme which was first installed at the station in 2015 and which closed earlier this year.

Just Eat Cycles now has around 500 bikes and 75 hire points in positions across the city, including one within Edinburgh Waverley railway station and another on Waverley Bridge.

The latest hire point gives rail passengers the opportunity to pick up, or drop off, the British made Pashley hire bikes 24 hours a day, all year round.

A One Hour Pass for the scheme is available from £1.50, and a Day Pass is £3, whereas an annual pass costs £90. The Just Eat Cycles app is available to download from the App store and Google Play.

The scheme is managed by Serco on behalf of Transport for Edinburgh and marked its first anniversary in September by reporting it had racked up 100,000 individual trips in its first 12 months. It also recently announced it would be introducing e-bikes to the network by spring 2020. The first e-bikes for the network are currently being tested across The City.

Charles Graham, General Manager of Just Eat Cycles, said: “We’re really pleased to have installed a hire point within Haymarket Station. This is one of the busiest railway stations and transport hubs in Edinburgh so it makes perfect sense for scheme to be readily available here. It’s our hope that railway passengers choose to use the bikes to complete the next stage of their onward journey and discover the benefits of cycling around the network.”

Kathryn Mackay, Cycling Manager at ScotRail, said: “ScotRail is committed to cycle provision across Scotland’s Railway, and the installation of Just Eat Cycles at Haymarket station is a perfect example of delivery on that commitment.

“We want to join up journeys across Scotland – and that includes those journeys that start and end by bike.”

George Lowder, Chief Executive of Transport for Edinburgh, said: “It’s great to see the further expansion of the scheme into such an important transport hub. We aim to do much more of this across The City and beyond, probably starting in the West at Edinburgh Gateway and Edinburgh Park Stations.”