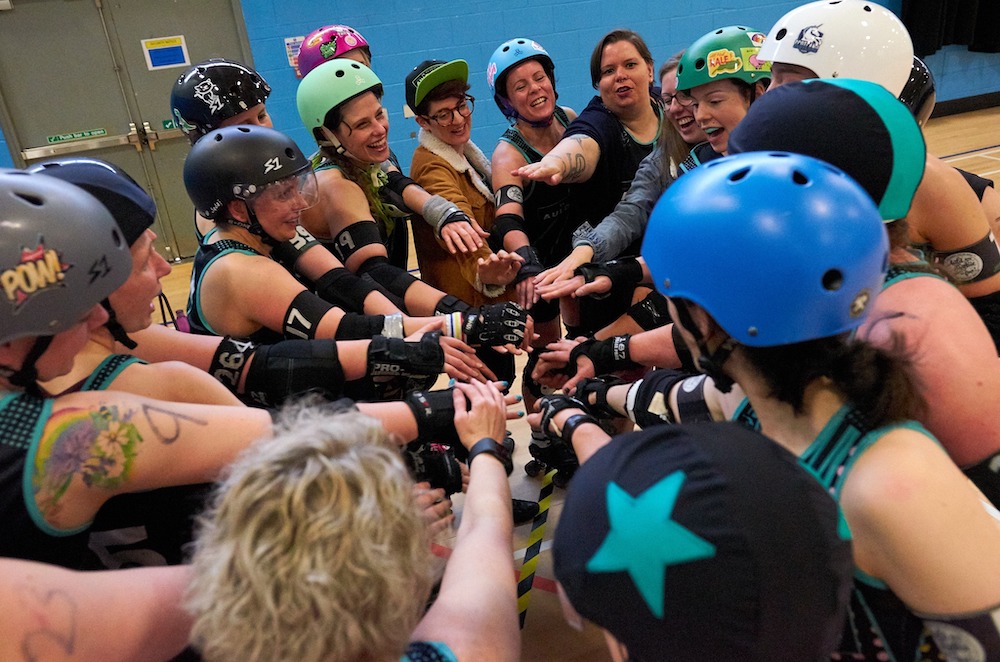 With just weeks to an International Tournament, Auld Reekie Roller Derby, Edinburgh’s women’s roller derby club, tell us that they have secured a regular training venue after the sudden loss of two key halls put their future in jeopardy.

The women are headed for Leith Community Centre from September 2019, just in time for the club’s All Star team – currently ranked 43 in the world – to train hard for the upcoming Continental Cup, an international tournament being held in Helsinki, Finland in October.

It is a huge relief for the club after Edinburgh Leisure informed them in July they could no longer train at Broughton and Holyrood High, despite the fact that the club has been a regular and loyal customer for some time.

The women’s team used to train at Meadowbank Sports Centre, which was not just a training venue but also where Auld Reekie had hosted all their home games for almost a decade.

The club say that Edinburgh Leisure had promised to to help the club find alternative training and game venues during Meadowbank’s rebuild, but sadly nothing has materialised. It is thanks to the hard work of the club’s own volunteers that they have been able to go on hosting games, at Dalkeith Community Campus, but unfortunately the change of venue has meant a drop in audience and subsequently a drop in income.

Auld Reekie All Star’s Captain Lianne Parry said: “We are absolutely delighted to be entering into a new relationship with Leith Community Centre, and it couldn’t have come at a better time, when cuts to sports funding and shortage of sports hall provision has caused some real problems for us. Despite these issues, our All Stars have kept their focus and continued to work hard and we’re so proud to have qualified for the Continental Cup – it’s a real testament to the team’s depth and drive. It would be lovely to feel like our own city supported us in our achievements.”

Auld Reekie Roller Derby have been going for eleven years and have over 120 members and three travel teams.

Their All Stars are number one in Scotland and ranked 15th in Europe. The club has eight separate training sessions every week, all of which need hall space. With the exception of the Jack Kane Sports Centre, who have been huge supporters of the club since the beginning, and have even added roller derby to their signage, Auld Reekie Roller Derby have struggled to find regular hall space.