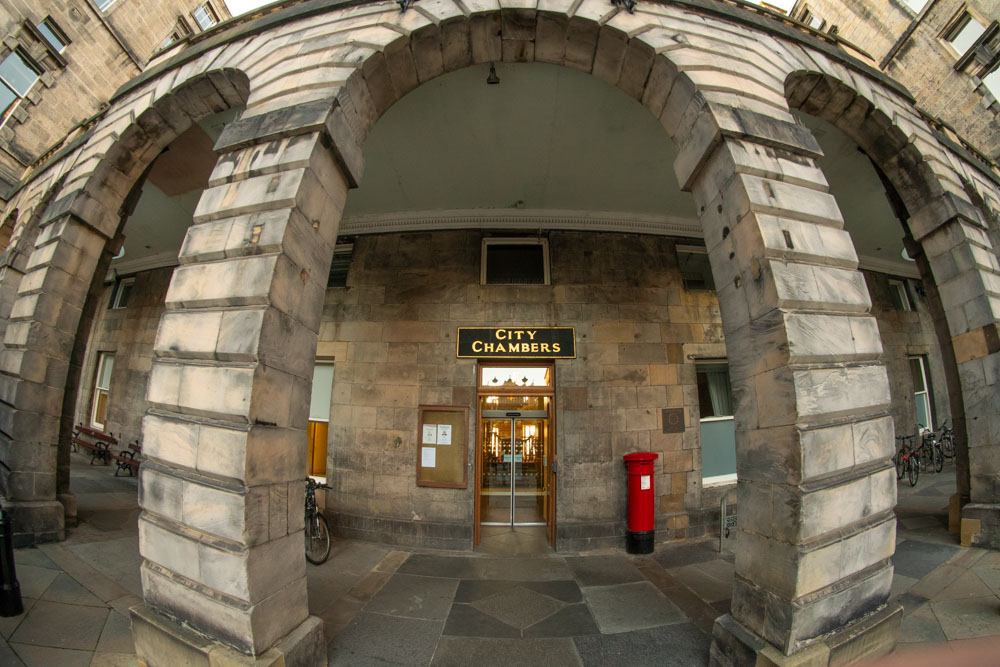 The council has agreed to move its bold transformational plans for the city centre forward. At today’s full council meeting, despite an amendment from the Conservatives demanding more detail, the strategy is now a central part of the council’s business programme.

The project will be rolled out as and when finances are found for each part of it over the next ten years, but the council says it already has full funding in place for the first half of that.

The council estimates that the benefit of their plans which prioritise pedestrians and cyclists over any other vehicles will be around £420million in the next 25 years. The strategy rests on accessibility and inclusivity and the reduction of motor vehicles in the city centre.

Cllr Macinnes was quite frustrated by the Conservative intervention, and said that she found it insulting.

She said : “I feel we are talking a different language from the Tories. They have twisted the plans and are scaremongering. The entire plan will be built on details and conversations with the city. Inclusivity and accessibility are key pillars of the plans.

The consultation had attracted more than 3,000 responses which is regarded as a high number, and out of those almost 80% agreed with the aims of the policy which will create more pedestrian and cycling space and improve some public areas.”

She pointed out to the Tories who had caused a week’s delay in approving this strategy that she is Chair of Transport for Edinburgh. She said she is well aware that there will be challenges to bus companies like Lothian Buses, but also pointed out that the Tory group were just scaremongering when they claimed this strategy posed a threat to the bus company. She said : “You have highlighted the comments from Lothian Buses. They recognise the challenges, but they are more than capable of meeting these. Solutions will be found. This has been a long careful process and it is gathering international recognition, and I find it deeply insulting that you have brought forward your amendment again.”

Listen to our podcast with members of SPOKES and the Transport Convener here :

Friends of the Earth Scotland’s Air Pollution Campaigner, Gavin Thomson commented :“It is fitting this plan was passed the day before the Global Climate Strike, as all of Scotland’s cities need to begin taking ambitious, forward-thinking steps to change the way we move around. Climate emissions from road transport in Scotland are at the same level now as they were in 1990, as councils and governments have shirked the necessary decisions. Let’s hope this City Centre Transformation Plan marks a change in how seriously our councils take the need to change the ways we get around our cities”.

“This plan from the Council is a vision for a more livable, healthy city with loads of great ideas, many of which are in place across European cities and they have been rightly supported by the public after consultation. These are tested, forward-thinking ideas which could make our streets safer, enable easier movement and provide a boost to business.

“But, alongside these positive steps, the Council’s Low Emission Zone is completely ineffective. These two projects need to work alongside each other. The Low Emission Zone must now be revised to cover the whole city and restrict the most polluting vehicles, including cars. The Council must recognise the LEZ needs to act in tandem with the Transformation Plan, and make sure all our children breathe clean air.

“As it stands the Low Emission Zone risks creating a two-tier city where shoppers and tourists in the inner Zone get clean air but residents in the rest of the city continues to be choked with toxic fumes from cars. That’s why hundreds of residents told Councillors to improve these lacklustre LEZ plans earlier this year.

The next Open Streets event in Edinburgh when some city streets are closed to vehicular traffic is on the first Sunday in October.