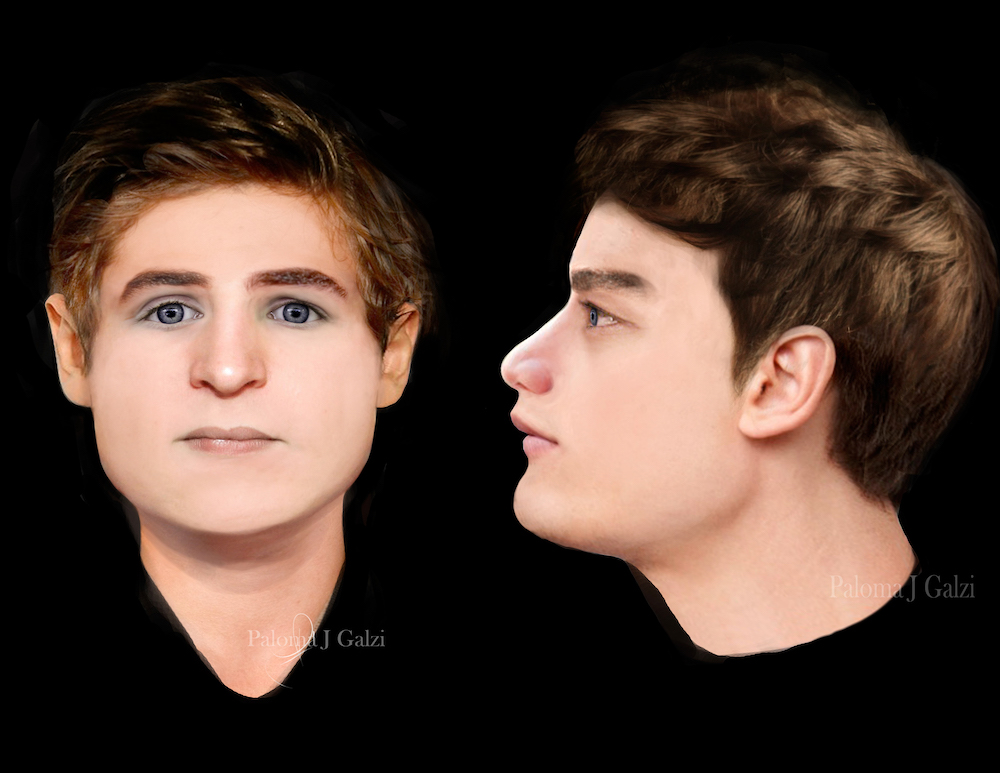 The Past Lives of Leith Exhibition was set up to coincide with the publication of the results from the archaeological excavations undertaken by The City of Edinburgh Council and Headland Archaeology in 2009 and it ends on 6 October 2019.

The excavations were carried out before any digging required for the Edinburgh Tram project in Constitution Street in Leith gets underway. The excavations unearthed an unknown section of the graveyard associated with South Leith Parish Church.

The exhibition explores the results of the detailed forensic analysis undertaken of the nearly 400 burials uncovered, which have shed new details on the life and death of the ordinary inhabitants of Leith.

It also showcases forensic art reconstructions undertaken for the project by students working as part of an internship developed between CEC Archaeology Service and the University of Dundee Centre for Anatomy and Human Identification.

And next month join in a drop in family art session when The Royal Mile is closed to traffic for Open Streets on the first Sunday in October, with artist Rachael Forbes. Make beautiful collages inspired by your favourite buildings in old Edinburgh. Bring some photos along of your favourite places. Free – no need to book.

Open Streets opens up streets to people by closing them to vehicles. The idea behind it is to help people explore, use and become aware of the connected areas in the Old Town.

A publication Past Lives of Leith: Archaeological Work for Edinburgh Trams accompanies this exhibition priced at £35.

And on 9 October 2019 there will be a talk at Lauriston Castle as part of their lecture series about how Leith has changed in the 20th century. Leith was for many centuries Scotland’s premier port. In 1833 it became a separate burgh with its own Town Council.