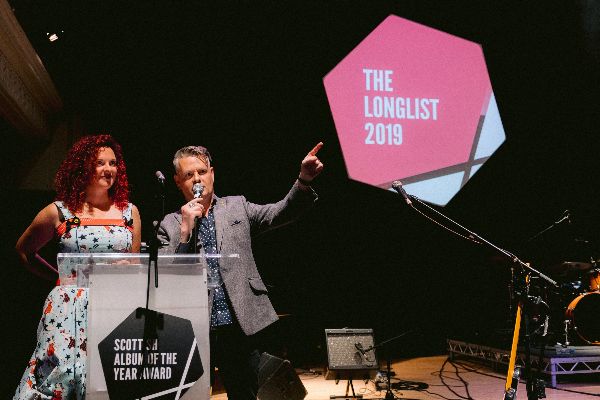 The Longlist was announced recently at The Queen’s Hall for the Scottish Album of the Year Award, and now voting has just opened – hurry to vote before Wednesday.

The SAY Award public vote is open NOW until midnight on 14 August 2019, giving music fans 72 hours to get behind their favourite album on the recently announced Longlist. The Longlisted album which secures the most votes will automatically gain a place on the coveted Shortlist, as well as a guaranteed minimum prize of £1,000. It also means that this album will be in with a chance to be hailed as Scottish Album of the Year 2019, with the winning artist receiving a £20,000 prize.

Vote for the album of your choice NOW via WWW.SAYAWARD.COM

The online vote is free to enter and allows for one vote per person. Anyone who votes is also automatically entered into a ballot to win a pair of tickets to the exclusive invite-only SAY Award ceremony, which this year takes place at the Assembly Rooms in the heart of Edinburgh on Friday 6 September 2019.

Robert Kilpatrick, General Manager of the Scottish Music Industry Association (SMIA), said: “Last month we announced and celebrated 20 outstanding Scottish albums as this year’s SAY Award Longlist. Soon they’ll be whittled down to a Shortlist of just 10 albums, and the public vote plays a crucial part in ensuring that music fans have a voice in the determination of this. The album with the most votes will be automatically guaranteed a place on the Shortlist and a minimum prize of £1,000. Every vote counts, and we need your input. The SAY Award is by and for music fans, so make sure to get involved and have your SAY!”