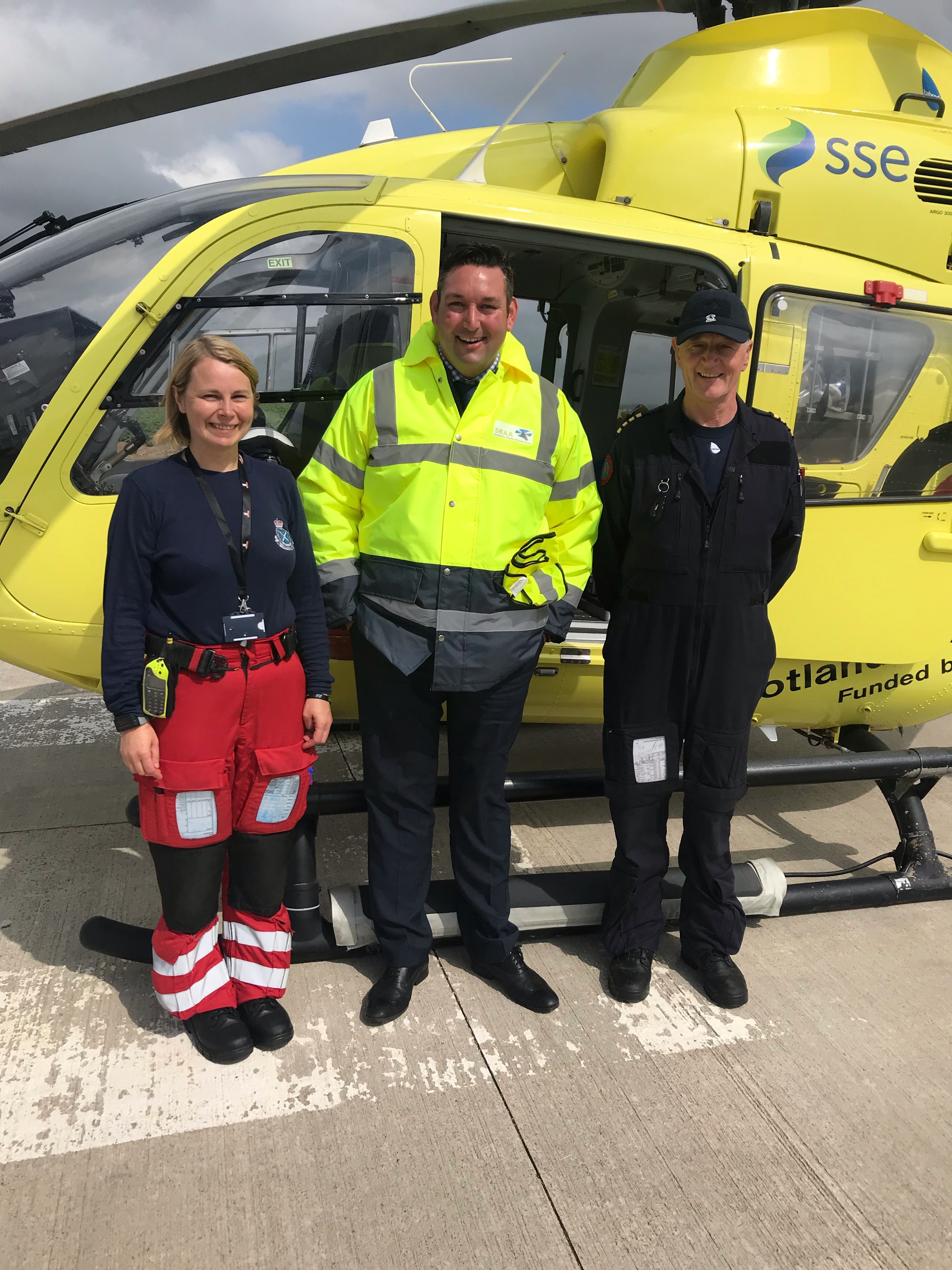 Lothian MSP Miles Briggs has paid tribute to Scotland’s Charity Air Ambulance (SCAA) after a visit to their base at Perth airport last week.

SCAA is Scotland’s only charity funded air ambulance and relies entirely on donations from the public.

The People’s Helicopter can reach 90% of Scotland’s population within 25 minutes from their base at Perth airport. The SCAA is especially useful for reaching remote and rural areas that are difficult to access by road.

The SCCA deliver expert paramedic care, saving time and saving lives, every day of the year. In time critical emergencies the SCAA is able to rapidly reach patients and transport them to the most appropriate hospital for specialist treatment, considerably increasing a patients chance of survival.

The SCAA raises funds to keep their helicopter flying in various ways, including fundraising events, volunteers and their Life-Saving weekly lottery from only £1 a week with five weekly prizes, including a top prize of £1,000.

In the last year SCAA has extended their operating hours and are aiming to introduce a second air ambulance to double the operational capacity of SCAA.

“Last year the SCAA responded to 325 life-threatening emergencies, with 174 of these patients being airlifted to hospital, a 15% increase from the year before.”

“The charity operates entirely on the support of the public, including their weekly lottery and fundraising events, to keep Helimed 76 in the air.”

You can also hand in any crisp packets for recycling to either the Doo’cot or the Cramond Inn where they are collecting them to raise funds for the next helicopter. Read more here.