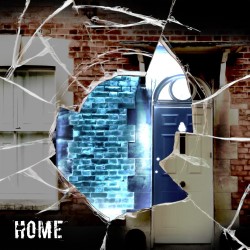 The Just Festival is a little bit different. While Edinburgh’s other summer festivals may promote fast-talking comedy, slick theatre and world-class music, this festival focuses on issues of social justice, equality and identity. Inclusivity is a core value; performers come from all walks of life and all sorts of backgrounds. This year one of the key themes is :

Our home is one of our most precious environments. It is a place of safety, comfort, family, friendship and sanctuary – until it isn’t. Leith-based Active Inquiry’s Spect-Act Project, a group of three local theatre companies, has created Home, an exploration of what happens when home isn’t quite the place you thought it was.

The Alma Company presents Gregor, an older man living alone.  When Gregor goes out to do his shopping, he is overwhelmed by the noise and busy-ness of the street. He’s glad to get home to his armchair, his TV and his silence. Unfortunately the peace doesn’t last; he’s received a letter from the council threatening him with legal action to recover overpaid housing benefit, but when he tries to contact them he is met with the ubiquitous recorded messages and call queuing systems. As a disembodied voice announces :

‘welcome to the not-so-much-help line’

Gregor is then inundated with junk mail, cold calls, election canvassing, TV adverts and more – we all know the feeling, but for more vulnerable people the impact of all this intrusion is seriously unsettling. All Gregor wants is ‘to get out into the hills and smell the flowers’ but his home, his sanctuary, has been violated, ultimately with tragic consequences. And still the voices shout :

‘it’s your fault, you should have done more’

Alma’s small cast, some of whom have experienced homelessness and mental health issues, makes excellent use of simple props to represent a talking pizza box, a mannequin, a homeless dog and a particularly entertaining puppet ‘cleaner’ whose legs perform a spectacular can-can.

The Alma Project was set up by former staff members, service users, volunteers and supporters of Stepping Stones mental health project when the latter’s parent charity, Edinburgh University Settlement, went into liquidation. Alma means ‘soul’ and the charity sees the arts as food for that soul. Alma promotes the use of the arts as a therapeutic benefit for good mental health.

Homelessness can affect any one of us, and it can happen in many different ways. In the Port in a Storm Theatre Company’s play we first meet Ray, who is settled in his own flat with his friends nearby. He just about manages to pay the rent from his benefits, but when his Landlord decides he can get more for the property, Ryan is evicted and the rent is increased by 50% overnight.

Paul is a successful, prosperous man with ‘a 5-bed house, a Rolex, a Porsche, a beautiful wife and an 11 year old son.’ Paul thinks his life is perfect – until his marriage breaks down. He ends up in a bedsit, one so sordid and dangerous that he can’t ask his son to visit. When he asks for help he finds that he’s at the bottom of the pile for rehousing, and can’t claim benefits because he has a house and a mortgage, even though his partner has thrown him out. He finds himself literally walking a tightrope, and soon descends into alcoholism and mental ill-health.

Another couple, Jessica and Jackson, own their own home but are showered with ‘free’ money by credit companies – they end up in debt, the relationship breaks down and Jessica is left alone. And even when she has worked hard to clear her debts, it only takes one leaking roof to send her back to where she started.

This group also makes good use of minimal props, from paper ‘money’ showers to banging tins (rain) and Madness’s Our House.

The Shakti Theatre Company is part of Shakti Women’s Aid, a charity supporting BME women, children and young people who are experiencing (or have experienced) domestic abuse (read our article about Shakti Women’s Aid here). One in four women in the UK suffers domestic violence, which is the single most quoted reason for becoming homeless, Shakti’s drama shows us how this can happen.

Oya starts out in life full of hopes and dreams about her marital home. She gives up her career to look after her family, but when she tries to divorce her increasingly abusive husband, she finds out which side the law is on – and it’s definitely not hers. Her home is in her husband’s sole name, she has no money to pay the balance of the legal fees not covered by Legal Aid and ‘justice’ (a cast member, suitably blindfolded) takes the house keys from her and hands them over to her husband.

For women in Oya’s community, marriage breakdown brings shame; even other women accuse her of being a bad mother and bad wife, one who did not do enough to please her man. But Shakti has helped Oya and her daughter to survive their ordeal and start a new life, a life of joy. Oya’s story is framed by a poem by group member Sultana, read by the cast, ‘When women speak, I listen’;

Active Enquiry creates experimental drama and arts projects with and for communities. It is especially interested in the Theatre of the Oppressed, a body of participatory theatrical techniques created by the late Brazilian theatre practitioner, drama theorist, and political activist Augusto Boal. The Theatre of the Oppressed seeks to transform spectator into author, using theatre as a collaborative, educational and political process rather than a simple performance. Drama is seen as a rehearsal for reality and a way of exploring oppressive situations and relationships. Spectators are encouraged to step into and change the theatrical action, and debate is encouraged as a tool for collective learning.

At the end of Home, Active Enquiry Artistic Director Gavin Crichton asks people to consider what the characters might have done to avoid the situations in which they found themselves. Could they, as each drama suggest, have ‘done more’? The conclusion, on the day I was there at least, was that there was nothing they could have done, and that money lay at the root of most problems, one audience member highlighting ‘the centrality of money as a corrupting influence.’

Other comments focused on the breakdown of traditional communities and friendships (although in Shakti’s drama the traditional values of Oya’s community meant that she initially received no support at all).  Cast members also drew the audience’s attention to Shelter’s Living Rent Homes campaign.

Home is not a traditional show. The actors are not professionals and the productions are not perfect ( I did struggle to hear some words in all three dramas), but these are people who have first-hand experience of life on the edge, and as such their performances bring a vital depth and urgency to their stories.

Home will next be performed at St John’s Church, Princes Street (corner of Lothian Rd) on 16 and 17 August at 4pm. Tickets on the door, by clicking here or from ed.fringe.com. Just Festival 2019 runs until 25 August at St John’s Church. The full programme, which includes, debates, exhibitions, talks, more theatre – and even a musical! – can be found here.