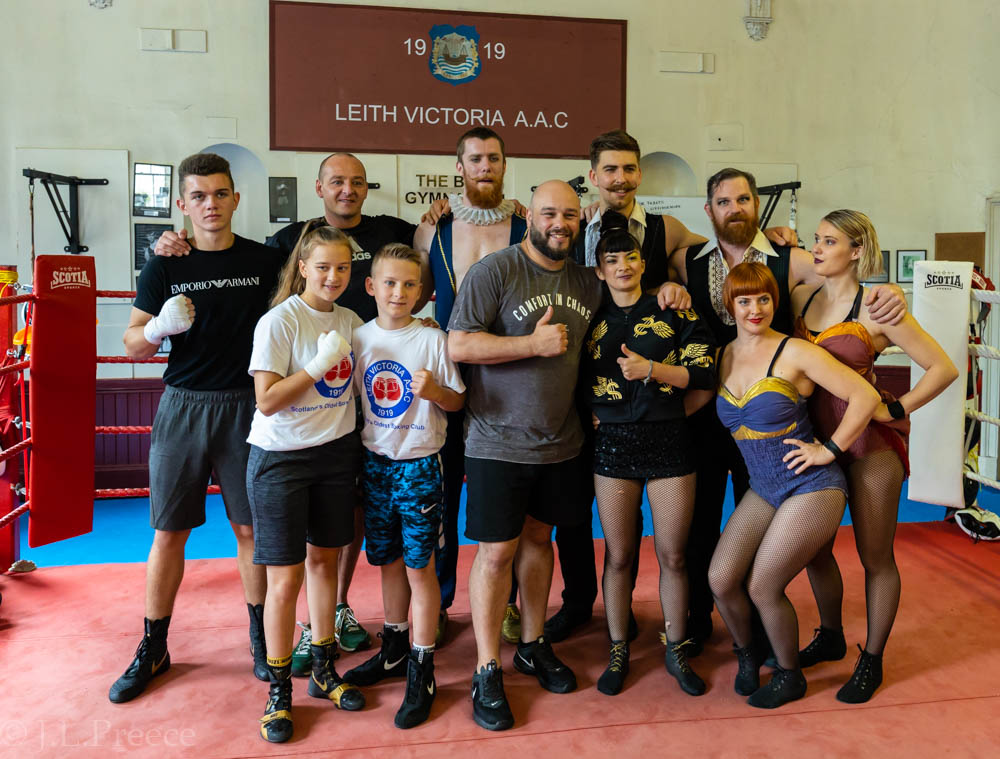 Acrobats from Australian troupe Company2’s Fight Night-inspired, Edinburgh Fringe circus show ‘Le Coup’ got into the zone for their Edinburgh Fringe run with a boxing masterclass by the head coach and some of the top fighters at Scotland’s oldest boxing club, Leith Victoria AAC, earlier today (5th Aug.).

The acrobats, whose show runs at Underbelly’s Circus Hub until 24 August, also got the boxing club members involved in some techniques to improve their strength and agility.

The show is produced by celebrated Australia troupe Company2 and their previous hits include Cantina and Scotch and Soda, and is set on Fight Night in a travelling Australian boxing tent.

Le Coup begins previews on Saturday 3rd August and runs throughout the Fringe.

Further information on the show and ticketing can be found here