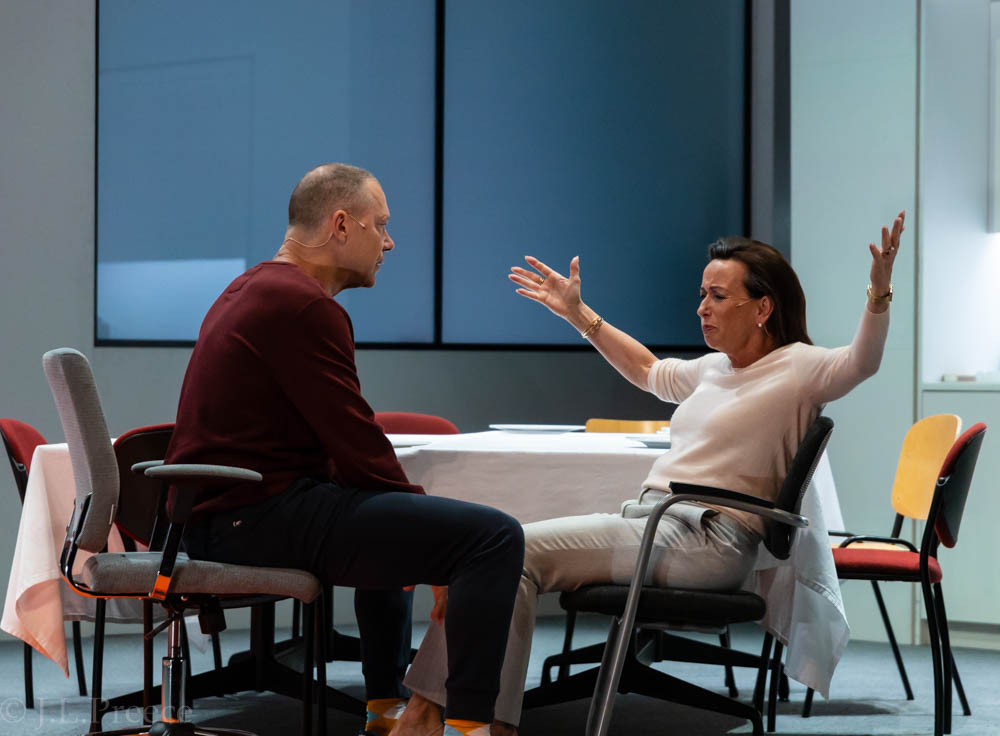 The modern age. A plague has ravaged Thebes. The oracle believes the city is doomed because the murder of King Laius remains unpunished.

The King’s successor, Oedipus, wants to investigate the horrific crime himself. But the outcome he discovers is devastating — as much for himself as for his people.

Robert Icke’s Oedipus is a chilling thriller. Told in real time as the clock counts down over two hours, Sophocles’ ancient Greek hero is transformed into a political giant of today, awaiting the results of a hard-fought election that will bring him to power yet discovering that, in his own eagerness to spurn convention, he has committed the most repugnant of transgressions.

Oedipus becomes a deeply human figure, destined to face the tragic repercussions of his unwitting mistakes.

British director Robert Icke joins one of Europe’s most lauded theatre companies for a revelatory updating of Sophocles’ tragedy.

Currently Associate Director at London’s Almeida Theatre, Icke is one of the most visionary figures in theatre today, celebrated for his contemporary re-imaginings of classic texts by Schiller, Chekhov, Aeschylus and Ibsen.

Further information, including dates, times and ticketing, can be found here