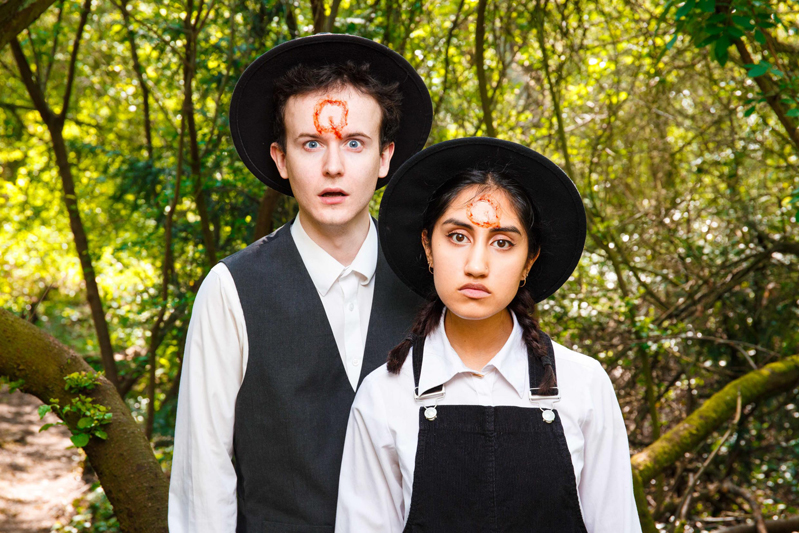 Comedy sketch show with Andrew Shires and Ambika Mod performing a series of diverse comedy sketches as part of an overarching comedy/horror narrative. As they attempt to conduct a séance, their subversive and absurd sketches build to a climatic twist.

The taut, witty writing results in a fast-paced show with a high-energy, tongue-in-cheek approach to both sketch comedy and raising the dead alike.

Andrew Shires and Ambika Mod were the stars (and principle writers) of the Durham Revue troupes that won the Derek Award for Best Sketch Show at the Edinburgh Fringe in both 2016 and 2017 with Gigglebox and Laugh Actually respectively.

This is their first professional show as the duo ‘Megan from HR’ and it’s set to raise the dead!

Ambika said that ‘to get into the spirit of the show (pun intended) we consult astrology before every major decision we make. This probably sounds really bizarre but it is a huge deal in Indian/Hindu culture and when practiced correctly, it can be scarily accurate. It hasn’t let us down so far! Special thanks go to my Dad for reading the stars and to the universe for being predictable.’

Andrew added that ‘Ambika and I are almost polar opposites which creates an interesting dynamic for our comedy and our friendship. I will often make big gestures about how much Ambika means to me, whereas Ambika often stops taking my calls, refusing to see me for weeks at a time. Yet when you combine our writing and performance styles, it produces something utterly unique that we hope will have a broad appeal.’

Ambika are Andrew are already building an impressive comedy pedigree and have previously performed alongside Nick Mohammed, Tom Neenan and Massive Dad.