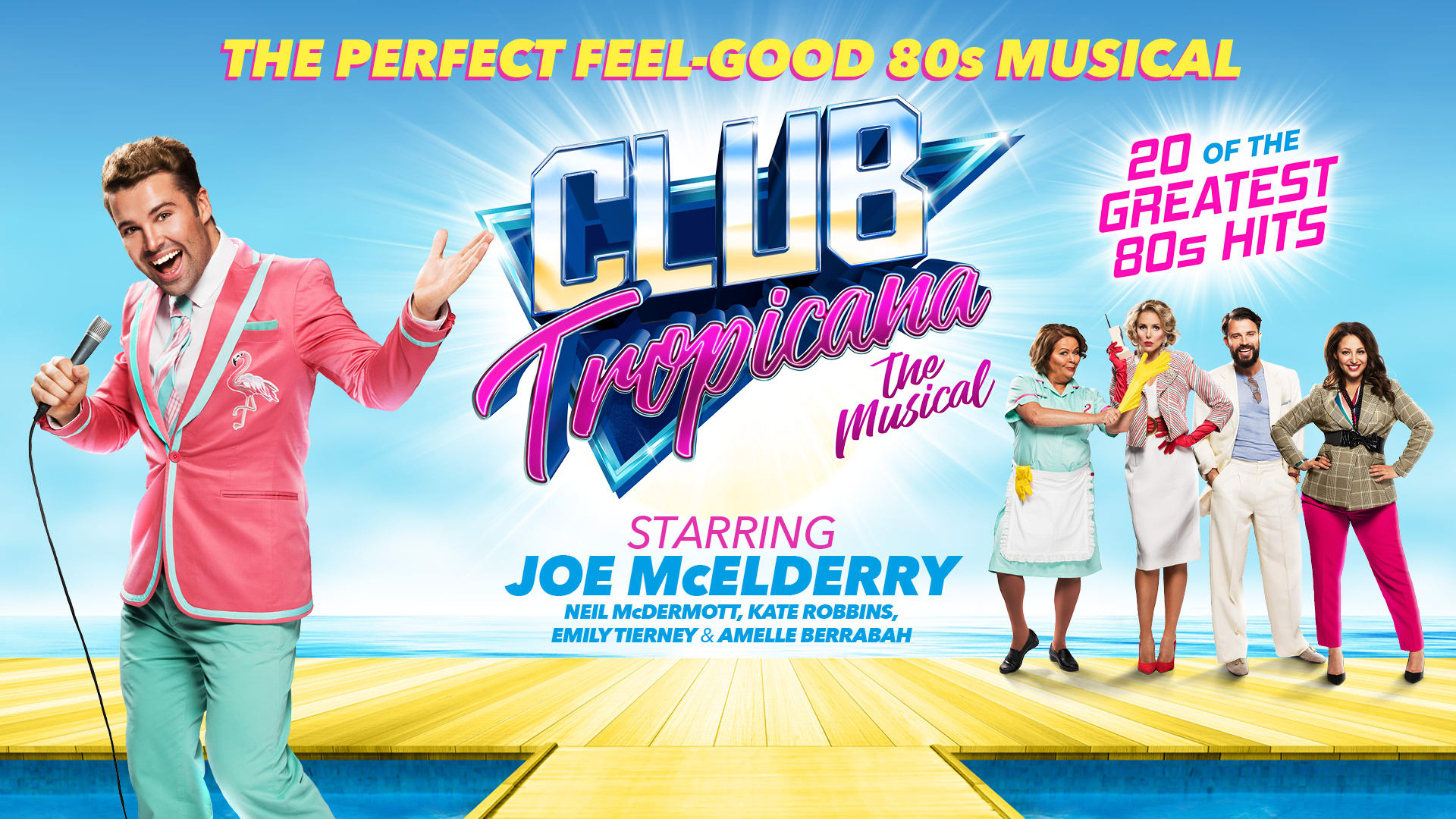 There seems to be something of a 1980s revival these days which, given some of the music and fashion from the decade that style forgot is something of a surprise. But if you still hanker after the days of legwarmers, white tee-shirts adorned with huge slogans and mobile phones the size of a large brick then Club Tropicana the Musical is for you.

It’s a show that’s been described as the Love Island of the 1980s (don’t ask, that’s lost on me too) and it bounced into Edinburgh on Tuesday evening for the first of a run of shows that end on Saturday. Innuendo abounds; camp is all around; and there’s love stories with rather predictable endings. But for all that, I loved it!

The main character is Garry, played with such energetic style by former X-Factor winner Joe McElderry. The story is set in Club Tropicana, a hotel for which the name chaos could have been invented. McElderry hams the action delightfully and has developed a comedic persona which comes to the fore in this entertaining romp through the 1980s.

Alongside McElderry is the brilliant Kate Robbins who plays the hotel maid Consuela. Robbins, of course, made her name as an impressionist of some ability, having contributed to one of the top sketch shows of the 1980s, the puppet satire that was ITV’s Spitting Image. Robbins has not lost her mimicry skills and she revels in ‘doing’ stars such as Tina Turner, Shirley Bassey and Liverpool’s singer turned prime-time 80s telly presenter Cilla Black. Robbins, for me, is the star of the show and she had the Playhouse audience in hoots of laughter.

The role of Serena, the hotel manager, is played by Amelle Berrabah, once of The Sugababes (who, I’m reliably informed, were an all-girl pop band) and while she isn’t as prominent as McElderry and Robbins, still provides one of the highlights of the evening with a spine-tingling version of the Yahoo classic Only You (Berrabah overcame a small technical issue at the start of the song quite brilliantly) Serena has her eyes on Rob, who was due to be played by Neil McDermott, a former EastEnders actor, but, on Tuesday’s performance was played by understudy Nye Rees.

During these troubled times, Club Tropicana will take you back to more innocent days and it’s clear the cast love performing and stomping out the instantly recognisable numbers from three decades ago. Like all good shows this is reflected in the feel-good factor that envelopes the show and there’s every chance you’ll leave the theatre with at least one of those 1980s hits buzzing around in your head for the rest of the evening.

Girls Just Want to Have Fun, She Drives Me Crazy, The Look of Love, Don’t Go, Jump, Making Your Mind up (with a wee twist on the legendary Bucks Fizz tearing the skirts away routine) and many others will have you looking out your old Sony Walkman when you get home.

Club Tropicana is literally a blast from the past. It’s on at the Edinburgh Playhouse until Saturday 15th June 2019. Tickets here.