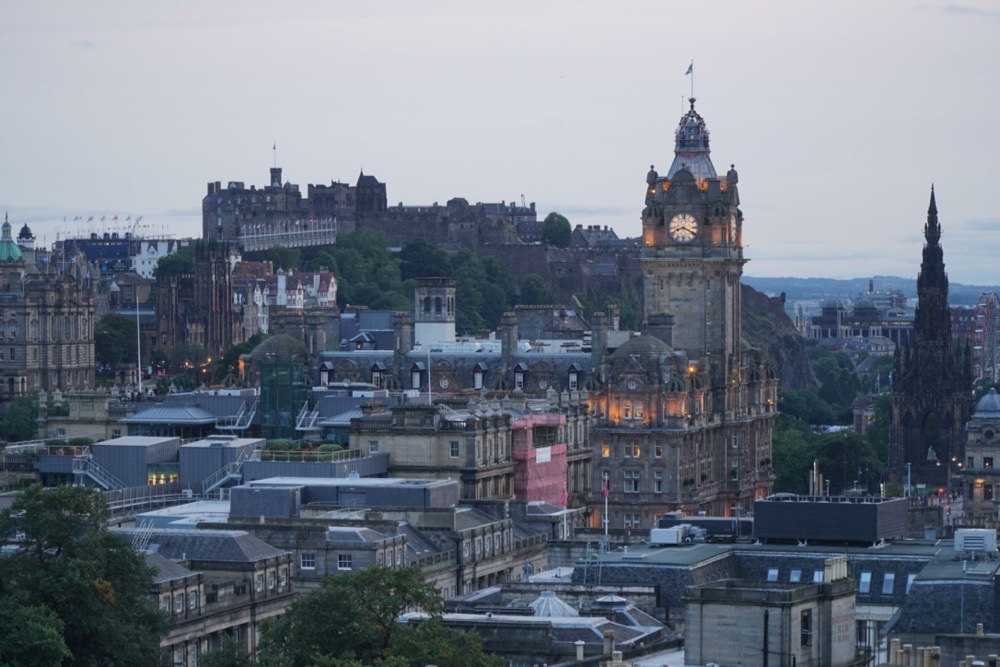 The Birthday Honours for 2019 are announced this evening with many in Edinburgh who have cause to celebrate.

We are particularly pleased to report that 99 year-old Tam Gilzean is being honoured with the MBE. Tam is a charity fundraiser and has been out on the streets of Edinburgh in his wheelchair for years raising funds for his beloved charity. At the moment he is resident in the Royal Infirmary of Edinburgh where he is apparently often seen shaking his tin at visitors and patients in the reception area.

The Lord Provost, Frank Ross, said: “We are extremely fortunate in Edinburgh to have so many inspiring academics, business owners and heroic people who are willing to give up their time so selflessly for others and for the good of their community.

“Thomas Gilzean is one of those people and on behalf of everyone in Edinburgh, I’d like to wish Tam and everybody on the Queen’s Birthday Honours list our congratulations on their awards. The positive contribution these individuals make to our great capital city and our country is immense.”

First Minister Nicola Sturgeon said: “The Scots recognised in this year’s Queen’s Birthday Honours have made exceptional contributions to communities the length and breadth of the country. Their service and dedication in fields ranging from the arts, education and sport to business, charity, community cohesion and science has helped to promote Scotland all over the world, and benefited people throughout society.

“It is also important to recognise the work our emergency services do to keep people and communities across Scotland safe and I congratulate those who have been awarded The Queen’s Fire, Police or Ambulance Service Medals.”

The Scottish Secretary David Mundell said:“Very many congratulations to all of Scotland‘s honours recipients. People from all walks of Scottish life have been recognised for their contributions to their communities and to our country.

“Shelley Kerr’s MBE recognises her services to women’s football, boosting the success and popularity of the sport across the UK.  I look forward to seeing her lead the Scottish team to victory on Sunday in France in their World Cup campaign.

“George Bell’s OBE recognises the enormous contribution he has made to the lives of young people. Through his successful property maintenance company, the Bell Group, he has trained more than 1,000 apprentices, giving those young people skills and confidence and setting them on the course for prosperous and successful futures.

“I offer my sincere congratulations to all the Scots who have been recognised by Her Majesty.”

Professor Hector MacQueen FBA FRSE Professor of Private Law University of Edinburgh for services to Legal Scholarship. Professor MacQueen said : ““I see it as an honour especially for Scots law and scholarship, and I am particularly glad to acknowledge all the friendship and support I have received over 40 years in the Edinburgh Law School and across the University.”

Colin Robertson CEO of Alexander Dennis For services to exports and the bus and coach manufacturing sector.

David Strang QPM Lately HM Inspector of Prisons for Scotland. For Services to Law and Order.

Shireen Chambers Institute of Chartered Foresters for services to Forestry.

And a British Empire Medal is awarded to :