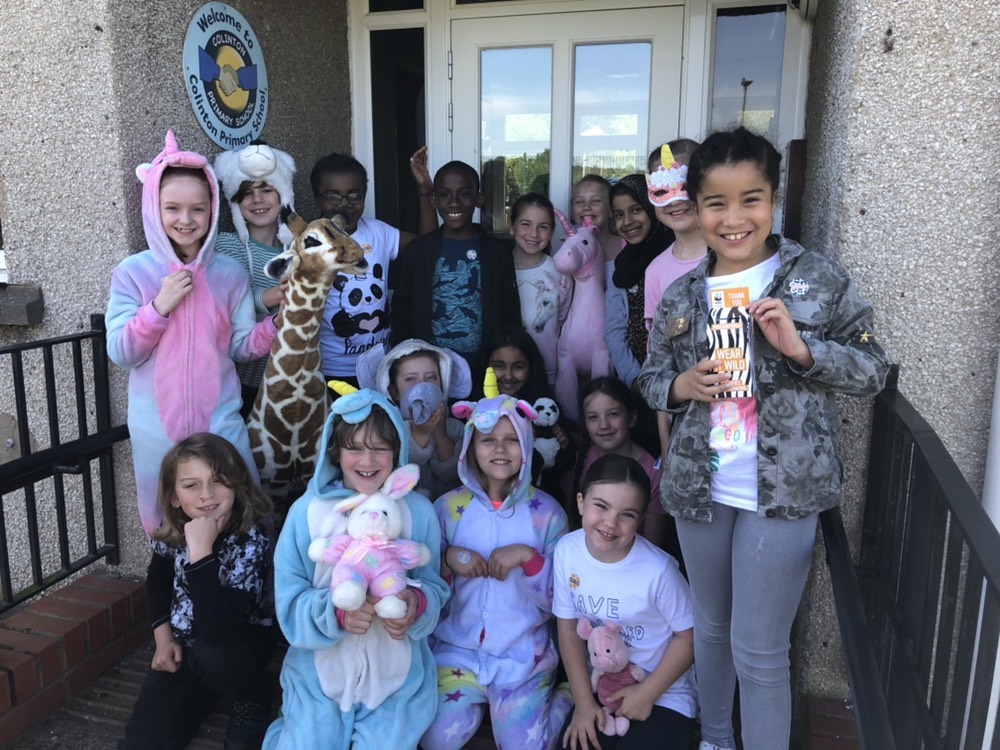 WWF say the world is under threat like never before. Globally we’re all using the planet’s resources faster than nature can restore itself.

Wear it Wild is WWF’s national fundraising event that aimed to inspire thousands of people, young and old, to dress up wild and donate, in order to help nature and people thrive for future generations.

Benjamin Platt, aged 8, a Primary 4 pupil from Colinton Primary School said: “We must act now and protect our planet. Our class were really excited to be involved in WWF’s Wear it Wild and decided to get involved in this fun event to raise awareness and funds as part of our learning about habitat, climate change and endangered species.”

Louise Hall, WWF-UK spokesperson, said: “It’s incredibly inspiring to see so many schools taking part in Wear It Wild to help protect our planet.We’re the first generation of people to know the impact of what we’re doing to the planet, and the last that has a chance to do anything about it. At WWF we hope that Colinton’s participation will inspire others to support the campaign.”

WWF’s Living Planet Report 2018 shows some of the devastating impacts we are having on our natural world. Wildlife populations have declined by over half in less than 50 years. Plummeting numbers of mammals, reptiles, amphibians, birds and fish around the world are an urgent sign that nature needs support.

As well as increasing awareness, all money raised will help support WWF’s work to tackle growing threats to the natural world and our precious wildlife.