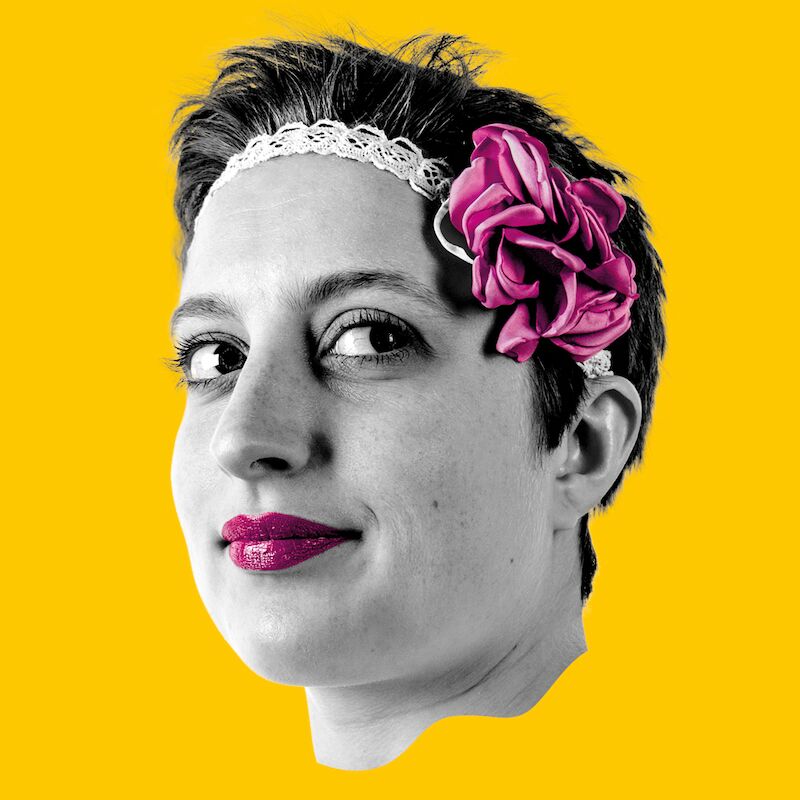 
Harriet Braine’s third solo show, Les Admirables is a historical feminist coming-of-age musical comedy show. Harriet brings forth a team of rebellious women from the history of science to help her wage a battle against ignorance, patriarchy and her inner demons.

She also looks back over her career as a performer – from school plays to now – boldly, and knowingly, presenting her achievements alongside those of renowned inventors, healers and technological pioneers. By doing so, she explores contrasts between reality and fiction, and art and science. Lastly, she brings her amazing grandmothers into the story as well, a biologist and a consultant physician working at a time when married women were not expected or encouraged to pursue any career.

Harriet Braine is a musical comedian with a penchant for history, art, hits of the 1990’s, and impersonating brass instruments. After winning Best Newcomer at the Musical Comedy Awards, Harriet won the Funny Women Stage Award 2016 and was a finalist in So You Think You’re Funny the same year. In 2017, she was a finalist in the Amused Moose
Comedy Awards and was crowned Buxton Fringe Individual Comedy Award Winner with her acclaimed debut solo show Total Eclipse of the Art. Since then Harriet has supported comedian Jayde Adams on tour.

Once described as ‘fairly niche’ by Stylist magazine, Harriet’s performed at unusual venues such as The Victoria and Albert Museum. She also writes and presents the humorous technology podcast The DesignSpark Podcast with Dr Lucy Rogers and Bec Hill.